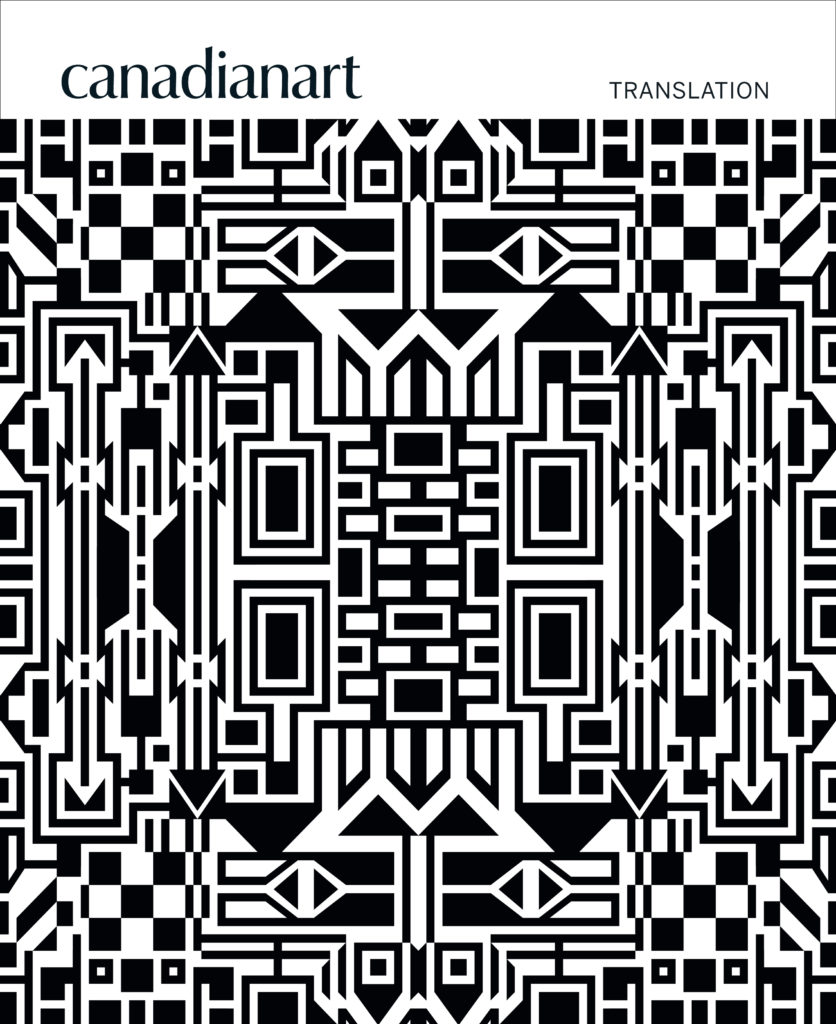 We have a new look—fittingly accompanying this issue on translation. We chose our logo not just because we think it looks good. (Although, we really do think it looks good.) Creative Director Barbara Solowan and I found inspiration in our own history, when another publication called Canadian Art was renamed artscanada. Over the past two years, we have found meaning and inspiration in artscanada, notably its politicized, artist- and idea-led content. What I hope you see in our new logo is our commitment to first-rate art writing, and to creating multiple, empowering conversations around it. More than this: I hope you see the lower-case, compound design as reflective of our attitude toward our name. If we are to retain “Canadian Art,” it is our responsibility, I think, to show how we can question and expand that concept. What is meant by “Canadian” and “art” is not easy, nor is it definitive, and we intend to consider this for years to come.

The Curtain Sweeps Down

One of the best-selling novels in modern Turkey was published in 1950 under a male pseudonym. Here, the story of the young translator who kept her work secret for decades, but influenced a generation

A conversation on the politics of colonial languages in Quebec

Where I Be Is with the Image

When language fails, what can art tell us about the experiences of exile and the desire to return?

How the hyper-masculine, homoerotic world of artist Tom of Finland became an unlikely inspiration for G.B. Jones's subversive queer aesthetics

10 Artists Who Work between Meaning and Understanding

From our Summer 2018 issue, 10 cross-country practices that explore the complexities of translation

In contemporary culture, we take for granted that everything is accelerating. But what happens when a book of the moment takes years to be published in your mother tongue?

The Art of Translation

A literary translator talks about her craft

When Vincent Chevalier travelled from Montreal to Vancouver, as his father did decades earlier, he found a metaphor for coming out and coming of age, on both sides of the AIDS crisis

the poem is a score