Wafaa Bilal's upcoming project at the Art Gallery of Windsor aims to collect 1,000 books requested by students and teachers in Baghdad. 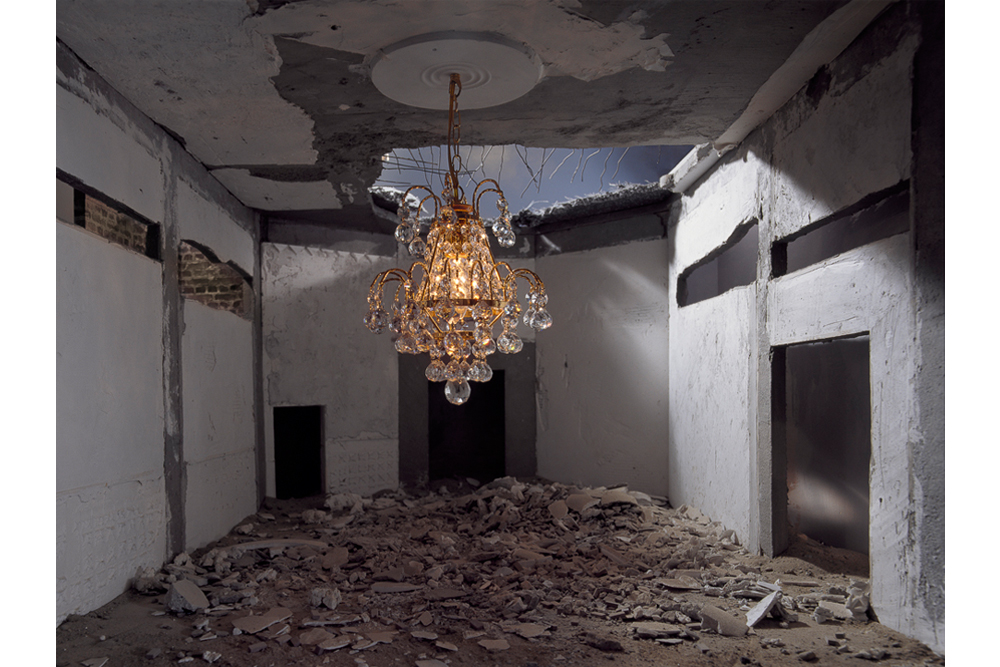 During the war in Iraq, the University of Baghdad’s College of Fine Arts library was one of countless libraries that were looted and destroyed. Some 70,000 books, along with the structure that housed them, were burned to the ground.

Now, an art project premiering in Windsor, Ontario, on January 30 is collecting 1,000 books requested by College of Fine Arts students and faculty in Baghdad—everything from ceramic-art technical manuals to art-historical textbooks.

Eventually, following the exhibition at the Art Gallery of Windsor, the books will be delivered back to the college in Iraq.

“I’m hoping to arrive with the books [in Baghdad] … I want to be on the ground for that,” says Iraqi-born, US-based artist Wafaa Bilal, the force behind the project, who fled his homeland in 1991 during the first Gulf War. “The act is very simple and symbolic—I want to go back to the place where I have been so many times and participate in this new era of rebuilding Iraq.”

Bilal has been finding lots of support for his project both in and beyond Windsor. A Kickstarter fund for purchasing the books has more than quadrupled its initial target of $9,000, currently funded at more than $38,000 by more than 700 people with two weeks still to go.

“It’s really been phenomenal,” Bilal says. In addition to the funds, some librarians have offered to donate their time cataloguing the books, while volunteers have come forward to shelve them.

The title of Bilal’s book project, 168:01, hearkens back to the very first invasion of Iraq in 1258. By some accounts, attackers threw books into the Tigris River, the ink turning the water black for seven days, or 168 hours. 168:01 represents the first second after those 168 hours, signalling “the beginning of rebirth and process of moving forward to rebuild.”

To underline the theme of loss and rebirth, the art installation will initially premiere with 1,000 blank white books. Through the course of the exhibition, these blank books will slowly be replaced with the art books requested by the students and teachers in Baghdad.

Motifs of destruction and creation will also be echoed in the exhibition with photographs from Bilal’s Ashes Series. These photographs, created by Bilal using meticulous dioramas, show iconic Iraqi locales devoid of people and lined with sheets of blank paper.

“In many ways, this project really came about through a discussion that Wafaa and I have been having over the last years on art and social change,” says Art Gallery of Windsor curator Srimoyee Mitra, who first met Bilal at Toronto’s Images Festival in 2010 and invited him to develop a new project for the AGW in 2013. “What does it mean to make work that is quote-unquote ‘responding to international politics’ but also take it away from the sort of sensationalized war themes that get reiterated in the media?”

168:01 is also, Mitra says, about what it means books mean “not only working as an art object, but also as a symbol of survival and rebuilding.”

After all, even in an e-book age, having hard-copy books is essential, especially in places like Baghdad.

“One, electricity is not as stable in Baghdad; it literally comes every two hours here and there,” Bilal says. “Two, the internet is not reliable as well. And three, access to digital platforms is not as easy as it is here.”

Whether near or far, Mitra indicates, the project also pays homage to the importance of libraries and the knowledge they hold—no matter how many times they are attacked or destroyed.

“I’d read an interview with Saad Eskander, director of the Iraqi National Library [early on in this project’s development],” Mitra says. “It was a really inspiring interview because he talked about the importance of the reading room they had and how he wanted the lights to stay on [during wartime] even if they could be bombed. And of course they were bombed—but to him, it was all about the fact that the knowledge would survive.”

“Wafaa Bilal: 168:01” runs from January 30 to April 10 at the Art Gallery of Windsor. The related Kickstarter campaign continues until February 3.