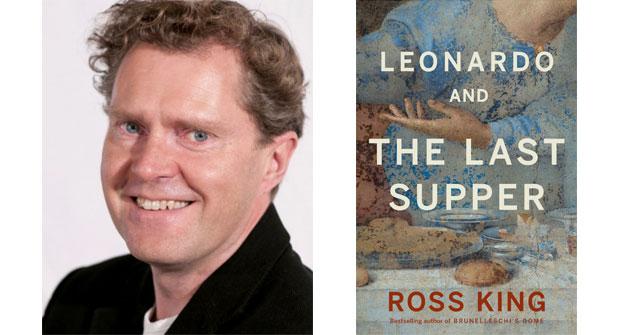 This morning at a ceremony at the Conservatoire de musique et d’art dramatique du Québec in Montreal, it was announced that Ross King won the 2012 Governor General’s Literary Award in non-fiction for his book Leonardo and The Last Supper.

Born in North Portal, Saskatchewan, and now based in the UK, King is one of Canada’s bestselling authors on art and architecture. He has lectured widely in both Europe and North America, including at the Art Institute of Chicago, the Smithsonian and the Frick Collection. Translated into more than a dozen languages, his books have been nominated for a National Book Critics’ Circle Award, the Charles Taylor Prize and the National Award for Arts Writing.

Leonardo and The Last Supper, released in Canada on September 25, shares the story behind the creation of Da Vinci’s best-known painting. It is both a record of Leonardo’s final five years in Milan and a biography of one of the most famous works of art ever painted.

King discussed the book at art galleries and museums across the country this fall as part of the Canadian Art Foundation International Speaker Series. King’s previous book, Modern Spirits: The European Adventures of the Group of Seven, was also excerpted in the Winter 2009 issue of Canadian Art.

This story was corrected on November 13, 2012. The original text incorrectly stated that the ceremony was at Rideau Hall in Ottawa.