This week, the Beaverbrook Art Gallery announced their expansion plans, the Remai Modern found a curator and the Aimia scholarship recipients were revealed. 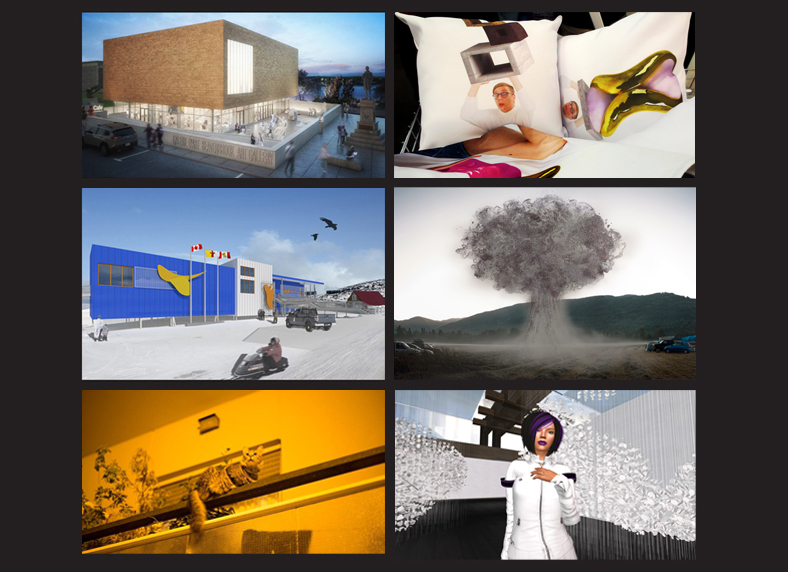 In a press release yesterday, Sandra Guimarães was announced as the director of programs and chief curator of the Remai Modern in Saskatoon, which is scheduled to open in 2016. Hailing from Portugal, Guimarães worked at the Serralves Museum in Porto, and is currently curating an exhibition of Maria Nordman’s work for HangarBicocca in Milan, Italy.

The Beaverbrook Art Gallery announced a major expansion project this week, designed by Halifax’s MacKay-Lyons Sweetapple Architects Limited. The project includes a new gallery and spaces for public engagement, and also shepherds increased financial support for programming and endowment funds for the gallery’s operations. Construction is scheduled to begin this fall, with the expectation that the Beaverbrook will unveil its new space within two years.

Jeremy Bailey, David Hartt, Sarah Anne Johnson and Skawennati will be the Canadian artists featured in the 2015 Biennial of the Americas, it was announced on Monday. Beginning in July in Denver, the biennial brings together artists from North, South and Central America and the Caribbean. This year the biennial will have a special focus on Mexico City, and the central theme is “now.”

The Kenojuak Cultural Centre and Print Shop in Cape Dorset, a multi-use community gathering space slated to open in 2017, is now almost halfway toward its fundraising goal of $3 million, following a successful community event last night, attended by Montreal collector Paul Desmarais, chair of the Canada-wide fundraising campaign, and his wife, art historian Mary Dailey. The new 10,440 square-foot space, managed by the municipality of Cape Dorset and the West Baffin Eskimo Co‐operative Limited, will include a print shop, visitor centre, exhibition space, meeting space and a community heritage centre.

University of Ottawa MFA student Stanzie Tooth was awarded the Joseph Plaskett Award. Established in 2004 in honour of the Canadian-born artist and philanthropist, the award supports a year-long study opportunity in Europe for a Canadian student. Tooth, who completed a BFA at OCAD University in 2007, is a painter whose works have been shown in solo and group exhibitions across Canada.

Recipients of the 2015 Aimia | AGO Photography Prize Scholarship Program, which awards $7,000 in tuition funds to students in their final year of study in a bachelor’s degree program focused on photography, were announced on Wednesday. Alison Postma, a student at the University of Guelph, Lodoe Laura, who is studying at Ryerson University’s School of Image Arts, and Graham Wiebe, who is pursuing a BFA at the University of Manitoba, were each awarded a scholarship. The students’ respective schools will also be awarded $1,000 each.