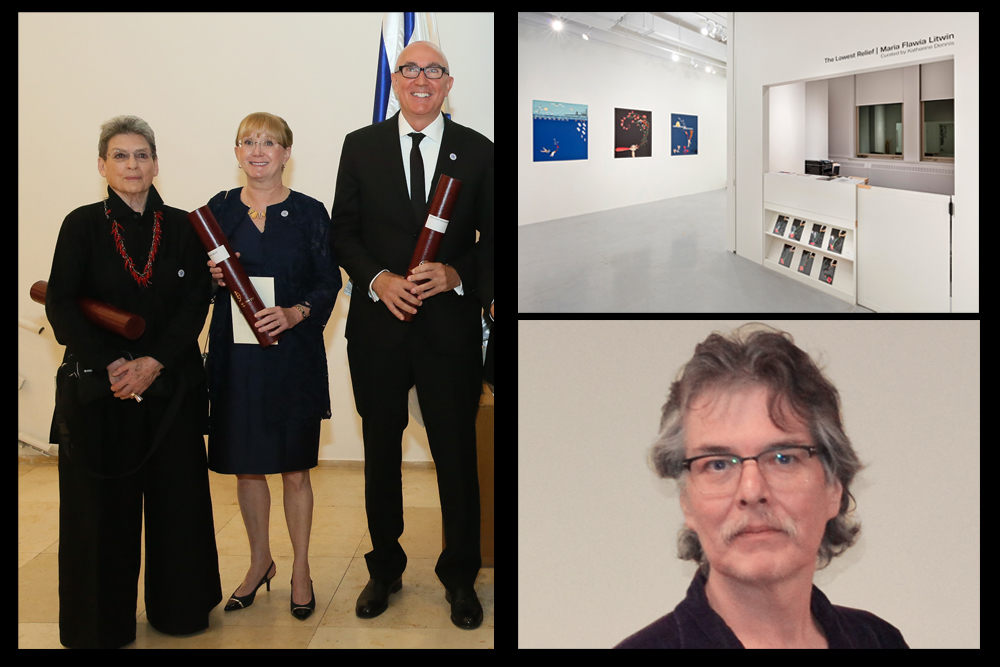 Beadwork artist Samuel Thomas has been awarded this year’s Ontario Arts Council Aboriginal Arts Award. Based in Niagara Falls, Thomas is a member of the Lower Cayuga Band of the Iroquois Nation, and has become known for his intricate beadwork, which includes the recovery of several beading techniques that were previously thought lost. The annual award, which includes a $10,000 prize, recognizes Indigenous artists and arts leaders who have made significant contributions to the arts in Ontario.

Architect Phyllis Lambert, the founding director emeritus of the Canadian Centre for Architecture in Montreal, was awarded the Wolf Prize in Arts in Israel last Friday. Awarded annually since 1981, the prize includes an award of $100,000. Past recipients have included Marc Chagall, Antoni Tàpies, Claes Oldenburg and Louise Bourgeois. Lambert is the second Canadian recipient in the prize’s history, after fellow architect Frank Gehry.

Canadian curator and OCAD University alumna Ebony L. Haynes has been hired as the director of New York’s Martos Gallery, which just announced a move from its current Chelsea location to Chinatown. Haynes previously worked as the associate director and artist liaison at Mitchell-Innes and Nash and as associate director of Foxy Production, both in New York.

The Montreal Museum of Fine Arts announced two new appointments to its Board of Trustees on Tuesday. Jacques Parisien will become president of the museum, taking over from Brian M. Levitt, who will sit on the board as honorary president. MMFA patron Pierre Bourgie will succeed the late Michal Hornstein as vice-president. The board changes come just ahead of the inauguration of the museum’s new extension, the Michal and Renata Hornstein Pavilion for Peace, which is slated to open November 9, 2016.

Toronto gallery Typology will be relaunching this fall as the Critical Distance Centre for Curators in Toronto. The organization will focus on creating a curatorial community that “pursues, shares and supplies information, advocacy, opportunity, and resources for practitioners at all stages in their professional development.” The relaunch will, in part, be shaped by community priorities and discussion presented at a roundtable discussion at Typology on June 20.