This week, a Chicago federal court decided that a painting was not by Peter Doig, UBC acquired a rare book and Francisco Alvarez joined OCAD University. 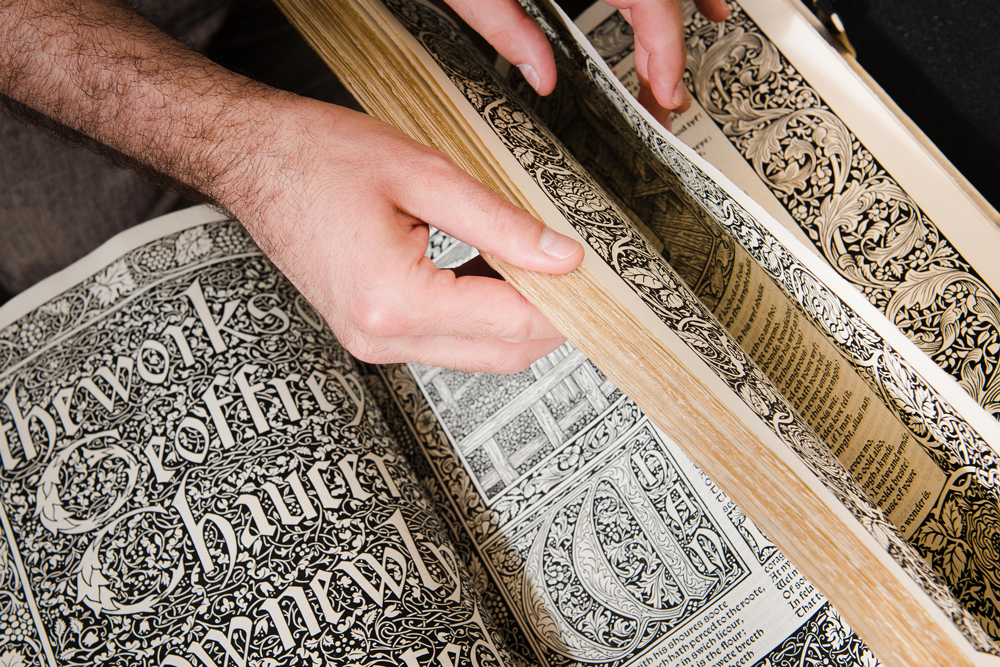 The summer saga over the authenticity of a painting supposedly by Peter Doig has come to an end, with a Chicago federal court ruling that the work is not Doig’s. After acquiring a work from Pete Doige in the 1970s, former corrections officer Robert Fletcher, along with art dealer Peter Bartlow (to whom Fletcher consigned the painting), sought $5 million in damages after Doig denied authorship of the work. As the Globe and Mail reports, though, despite the verdict, the occurrence of the trial itself may pose problems for other artists.

UBC Library has acquired a very rare copy of the Works of Geoffrey Chaucer, published by William Morris’s Kelmscott Press in 1896. There are only 438 copies of the book, which is an example of Morris’s arts-and-crafts approach to illustration, featuring unusual typeface and intricate decoration. Purchased for $202,000 USD, poet William Butler Yeats once described it as the “most beautiful of all printed books.”

Vancouver-based artist Carolina de la Cajiga will be included in the fifth-annual Juried Exhibition of Contemporary Islamic Art, which was juried by Dr. Maryam Ekhtiar, associate curator of Islamic Art at the Metropolitan Museum of Art in New York City. Cajiga, who is the only Canadian artist selected for the exhibition, works with photography and fast-moving light to create abstract images. The exhibition opens at the Irving Arts Center in Dallas-Fort Worth on September 17.