This week, Berlin Biennale artists were announced, Emily Carr University’s honorary degrees were bestowed and art was used to raise funds for refugees. 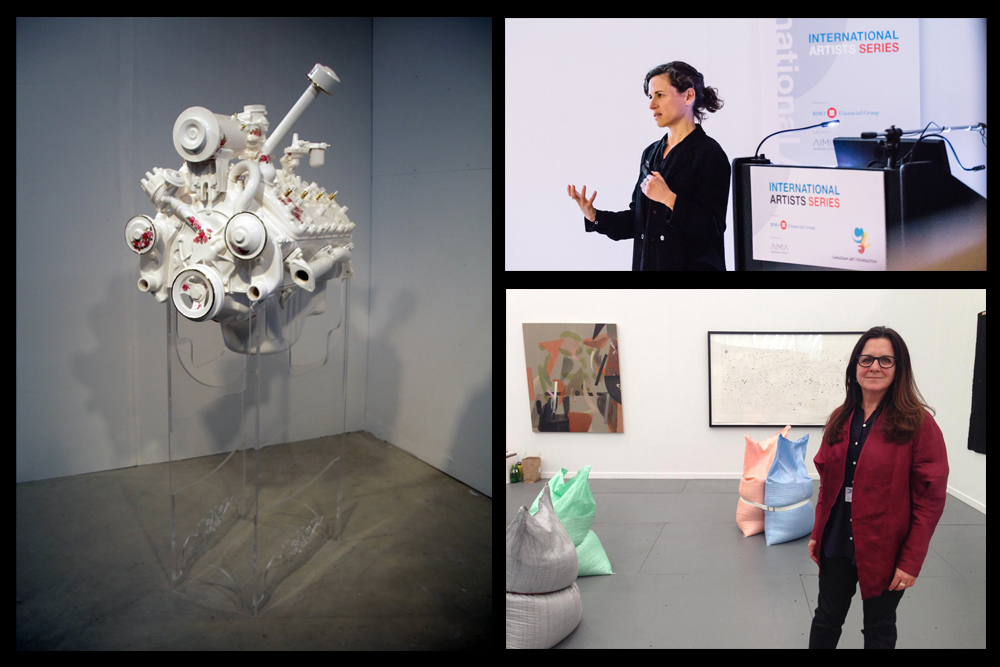 Montreal-based artists Jon Rafman and Julien Ceccaldi will be participating in the ninth Berlin Biennale, which takes place in the German city in June of this year. Curated by New York collective DIS, the biennial will include some 120 participants from a range of media. The Biennale de Montréal also released their artist list this week, with 45 artists—16 of whom are from Canada—included in the 2016 event.

The Emily Carr University of Art and Design will be bestowing a number of honorary doctorate degrees and awards at the 2016 convocation ceremony tomorrow. Gallerist Catriona Jeffries, artist and alumna Janice Kerbel and Emily Carr Capital Campaign Cabinet member Jon Stovell will each receive an honorary doctorate. Artists Andrew Dadson and Naomi Singer will be receiving Emily Awards, which recognize the “outstanding achievements of a member of the University alumni.”

Saskatoon and Vienna have formed a surprising alliance with a program connecting Saskatchewan artist-run centre AKA Artist-Run and Austrian gallery Schleifmühlgasse 12-14. The first exhibition that resulted from this partnership opened in Vienna in May 2015; this week, the second exhibition opens in Saskatoon at the Kenderdine Art Gallery and AKA Artist-Run. Curated by Schleifmühlgasse 12-14’s Denise Parizek, the show features a mix of artists from Austria and Saskatchewan.

In a nice human-interest story this week, the Manning Ulster Refugee Project, a Toronto-based volunteer project, were looking for looking for saleable forgotten items in the Church of St. Mary Magdalene’s offices when they found a lithograph print by the late Canadian war artist Jack Nichols. The work, Dark Angel, will be auctioned off next week and the funds raised from the auction will go toward supporting a family of Syrian refugees.