Newfoundland and Labrador’s proposed exhibition has been officially accepted into the 2015 Venice Biennale. 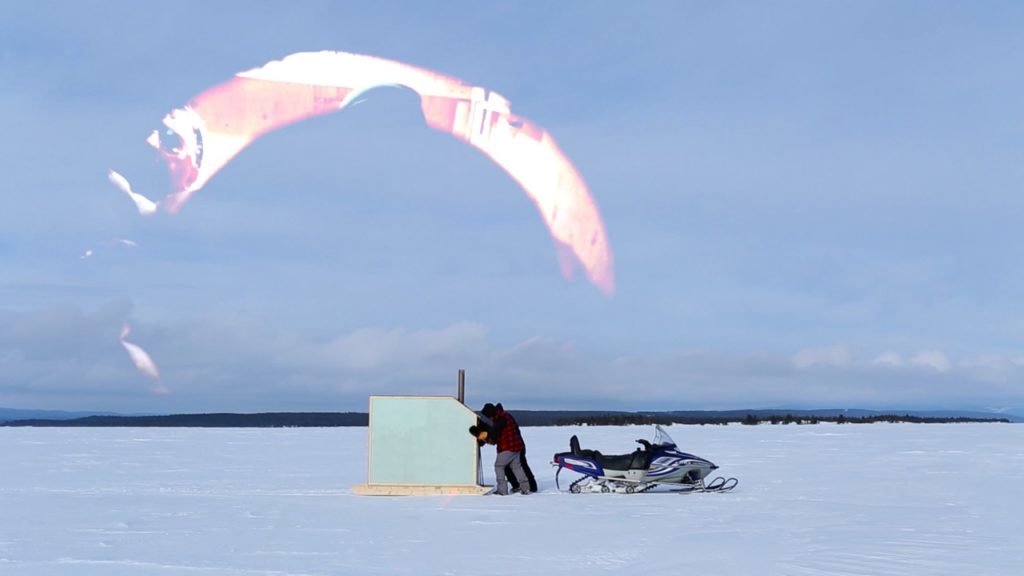 Organizers of the 2015 Venice Biennale have officially accepted Newfoundland and Labrador’s proposed exhibition for the event, developed by the Terra Nova Art Foundation. The show, “Under the Surface,” will go on view in Venice as a collateral exhibition to the Biennale’s main programming from May 9 to November 22, 2015.

Artist Peter Wilkins, current chair of the Terra Nova Art Foundation’s board, tells Canadian Art that the organization is “particularly pleased that we have been selected for a second time in a row. It illustrates the vibrancy of art within the province.”

Canadian Art previously reported that artists Jordan Bennett and Anne Troake were chosen for Newfoundland and Labrador’s submission to the Biennale.

Both artists will be presenting installations in “Under the Surface.” Bennett will show Ice Fishing, which was produced as a part of the National Film Board of Canada and imagineNATIVE’s digital partnership. Comprised of a fishing-shack sculptural installation and numerous audio-visual components, Ice Fishing offers an immersive take on tradition. Troake’s contribution, OutSideIn, is a 3-D video installation featuring dancers Carole Prieur and Bill Coleman that mines nature, the supernatural and the medical.

“We hope thousands will get to go and be deeply impressed by the art coming out of Newfoundland and Labrador,” notes Wilkins.

As with almost all not-for-profit efforts, funding remains a hurdle. To assist with fundraising for this year’s exhibition, the Terra Nova Art Foundation is selling editions of artworks produced by both Bennett and Troake for $1,000 each.

Wilkins also underscored that being selected twice in a row bolsters the Terra Nova Art Foundation’s confidence, explaining, “We’ve obviously been meeting their criteria, and we have improved our process, and had curators from across the country working with us. We understand what we need to do, and we have a great relationship with the Biennale—next time we can be even more confident that we will be officially invited.”