Newfoundland Arts Cuts Could Be Taste of What’s to Come 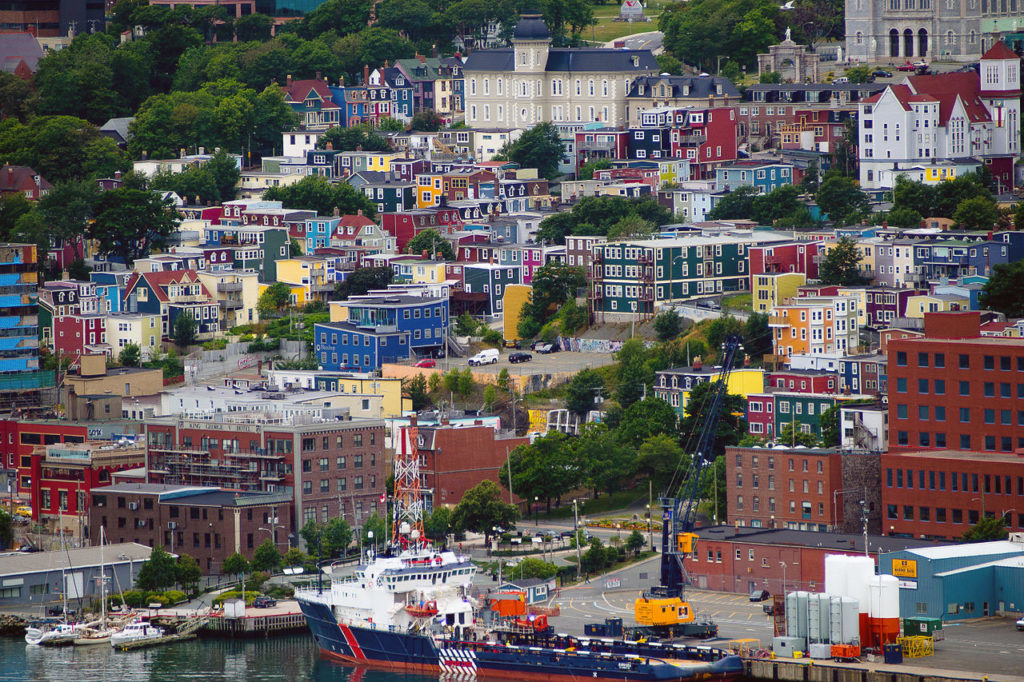 Visitors at the Rooms look out over St. John's Harbour / photo Kenny Louie (kennymatic) via Flickr

The worldwide crash in oil prices is affecting much more than simply mutual funds and petro-company bottom lines these days.

An austerity budget released by the Newfoundland and Labrador government last Thursday—with austerity largely driven by the drop in oil revenues—revealed deep cuts to the province’s arts organizations.

In particular, the Newfoundland and Labrador Arts Council has seen the elimination of the Labrador Cultural Outreach Office, which closed on Tuesday, and the cessation of the Labrador Cultural Travel Fund, which provided monies for residents 12 and up to attend cultural events on the island, and for island culture leaders to visit Labrador to share seminars and workshops. (Professional Labrador artists can still apply to ArtsNL’s Professional Artists’ Travel Fund for travel support.)

The Rooms in St. John’s has also been affected, and will now be closed to the public on Tuesdays, in addition to Mondays, from September 15 to June 15 each year in an attempt to reduce operating costs.

And this may just be the beginning of the cuts, says Reg Winsor, executive director of the Newfoundland and Labrador Arts Council.

“People are obviously worried about what might be coming down the pipes,” Winsor tells Canadian Art.

This April budget introduced a variety of new levies and revenue tools, including a measure that would make Newfoundland the first province to apply HST to books.

Winsor says a mid-term budget, expected in the fall, is likely to focus on “expense cutting” even more.

“In public service they will be anticipating job cuts as well,” Winsor says.

“We are hoping nothing else will happen, and that will be out of our hands,” Winsor says.

Yet even without further cuts, artists are concerned about their ability stay in the province.

“Our primary concerns are with the ways in which this budget will interfere with our artists’ ability to simply survive in Newfoundland and Labrador,” Dave Andrews, executive director of Visual Artists Newfoundland and Labrador-CARFAC, says in an email. “It’s been proven that the cultural sector can and should play a key role in the diversification and rehabilitation of our economy, but those benefits will only come to fruition if our artists can afford to both live and work within the province.”

In Labrador that concern is particularly dire: Andrews says the recent cuts and office closures “will make it more difficult for artists in the area to access programs and information that they need.”

“More broadly, we are also concerned at the ways in which this budget will adversely affect lower-income households,” Andrews states. “Artists often fall into this category and therefore we expect many will feel increased financial pressure, less time with which to do their work and perhaps even the need to leave the province to find opportunities and to make a living.”

There are also wide concerns that this new budget will affect the wider sense of culture and community in Newfoundland and Labrador.

Journalist Gina Hartmann this week wrote the widely shared article “Budget 2016: A Hit to Newfoundland Culture” on her website Tint of Ink.

“Our province likes to tell the rest of the country that our doors are always open, we are the friendliest bunch you ever did meet, our community laughs and grieves and works together,” Hartmann writes. “Well, that’s a lie. We do not work together. We ignore the poor and love the rich, just like the rest of the world. Letting the rich dole out a sad $900, while someone making 25k donates a massive portion of their income to pay off this deficit and this budget is decapitating our culture and community in one quick sweep.”

Hartmann also voices concern about brain drain, writing that the new budget is “pushing everyone out, getting rid of the artists, musicians, young workers, new students, health care professionals, chefs and every ounce of talent and originality will head to the mainland to raise their family in a financially stable environment.”

The cuts follow a triumph of sorts in the St. John’s arts community, which managed to get city council to restore proposed municipal grants cuts in January.