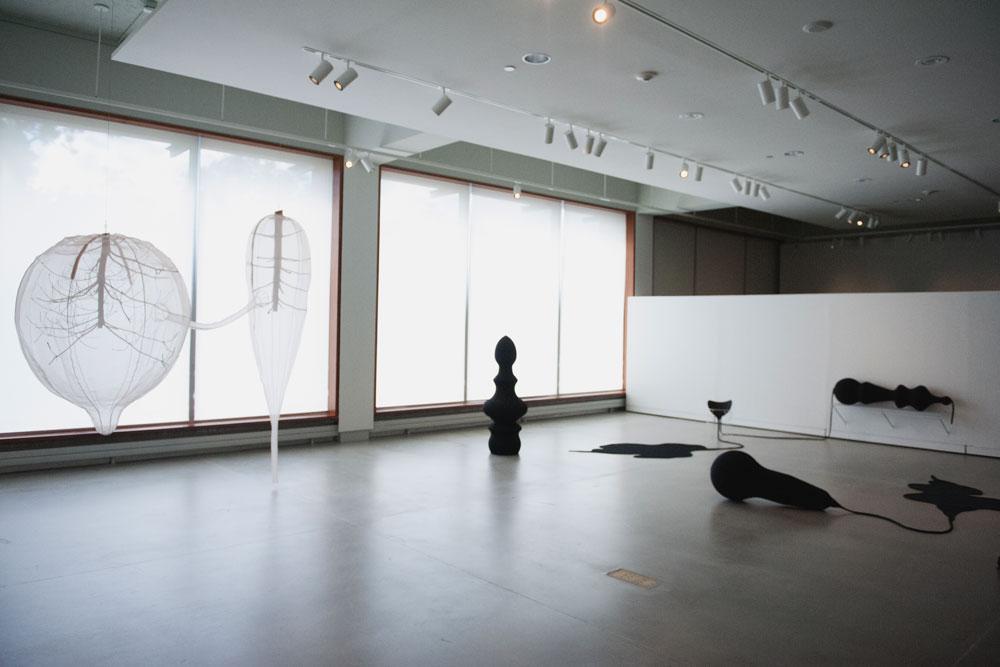 A $13 million restoration and construction project for the Peel Art Gallery, Museum and Archives in Brampton, Ontario, is nearing the final phases of completion this month.

Formerly known as the Peel Heritage Complex, the site claims to be one of only three in Canada that combines an art gallery, museum and archive under one roof.

Built out of a number of old jail and courthouse buildings with original construction dates that range from the 1860s to the 1950s, the revamp of PAMA is also accompanied by a new logo whose vertical bars are meant to recall the site’s original use as a prison.

PAMA’s multi-stage redevelopment began in 2010, with the art gallery opening last month, the museum and archive due to open November 24 and 25, and the entire site expected to be completed in February 2013. The rebuild is led by Toronto’s Goldsmith Borgal & Company Architects.

Before the reno, assistant curator Gerrie Loveys says, “the gallery was very small and we didn’t have any room to grow the collection. In the new building, we actually have proper museum-standard permanent collection storage as well as expanded exhibition space.”

This space is being put to use in four exhibitions currently up for PAMA’s opening season.

“Lyn Carter: Cover” is a 10-year survey of work by the Ontario sculptor co-presented with Cambridge Galleries.

“Passages” builds upon an online project that the art gallery did during its two-and-a-half reno year closure in which members of the public were invited to post stories about and photos of objects that had special significance to them.

Ingelevics in particular has delved into PAMA’s own history for the exhibition.

“There was a photographer who worked for many years in Brampton and documented floods, marriages, deaths, everything,” Loveys explains. “Vid took the envelopes that held the glass negatives from that archive and made a video based on the photo descriptions written on the envelopes rather than on the images themselves.”

A show based on the gallery’s 4,500+ work permanent collection is also on view, as is a selection of works on paper given or purchased in memory of late curator David Somers.

In future, Loveys says, the gallery is looking to mount a show of recent acquisitions as well as a solo show on Florence Vale.

In the 1940s and 50s, the Vale was part of Toronto’s Gerrard Street circle of artists, writers and critics that included Harold Town, Oscar Cahen and Ray Mead. With her husband Albert Jacques Franck, also an artist, she organized exhibitions at local galleries and in their own Hazelton Avenue home.

Roughly 1,000 people turned out for the art gallery’s September 30 reopening, with more expected for the later-stage reopening events in November and February.

PAMA is operated by the Region of Peel, which serves roughly 1.3 million residents in Brampton, Caledon and Mississauga.