An artist residency on a cargo ship has taken a strange turn after the shipping company filed for bankruptcy, leaving the artist and crew stranded. 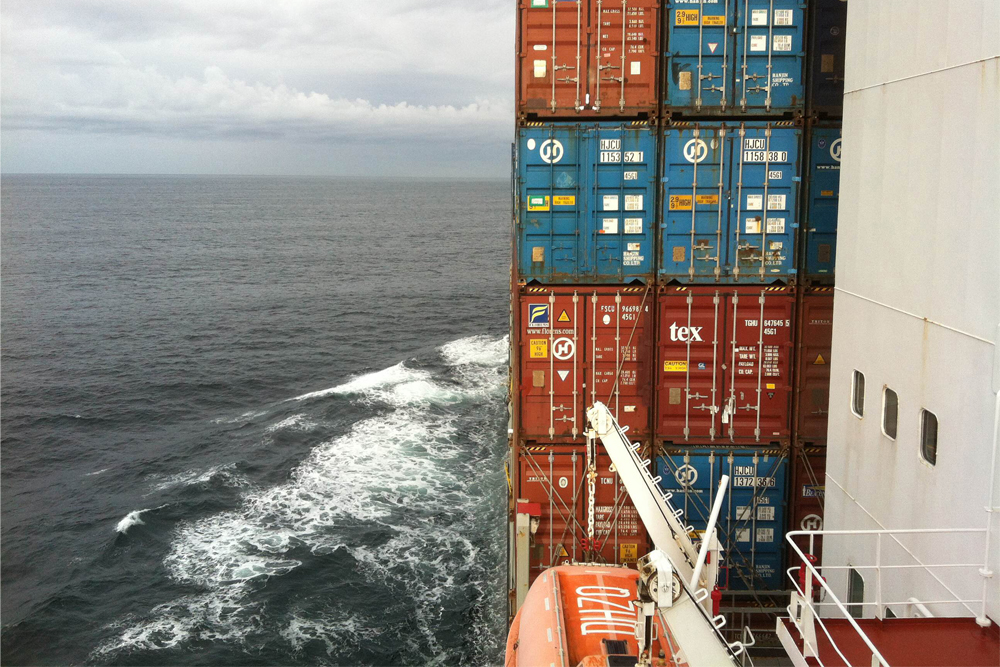 A view from the currently stranded Hanjin Geneva, taken by past artist-in-residence Christopher Boyne.

The 23 Days at Sea Residency, founded by Vancouver’s Access Gallery, always had an element of the absurd: artists sent out aboard container ships across the Pacific Ocean.

But the residency took an more decisive turn towards the strange this past week when the Hanjin Shipping Company, the world’s seventh-largest container line, filed for bankruptcy on August 31, leaving the current artist-in-residence, Rebecca Moss, and the crew on the Hanjin Geneva stranded off the coast of Japan.

Moss is in the second round of artists in the residency, following four inaugural residencies last year.

The British artist left Vancouver aboard the Hanjin Geneva on August 23, and was scheduled to arrive in Shanghai on September 15.

In recent days, international press attention about Moss’s situation has grown, with coverage in artnet, Hyperallergic, the Vancouver Sun and other outlets.

Because of the Hanjin Shipping Company’s bankruptcy, however, ports will not accept the ship due to fears over unpaid fees. The company’s assets are frozen, and ports have blocked access to its fleet of 150 container ships. The Hanjin Geneva is now in international waters.

Speaking with the Vancouver Sun over email, Moss explained that she is using the residency’s twist as artistic fodder. “I realized that this would become the aspect of my trip that my work would have to focus upon.

“All along I had felt the sheer absurdity of this journey, but in the moment I was told we wouldn’t even have a destination at the end of all this labour, I felt completely incredulous.”

Access Gallery, in a release about the development, noted that, “The immensity of this news, as devastating as it is for the hundreds of workers affected, underscores many of the residency’s core concerns, indicating both the precarity of globalized capitalism and our dependence upon systems that we neither see nor understand.

“It also underscores the considerable role that contemporary artists may play in bringing such situations to our attention in provocative and transformative ways.”