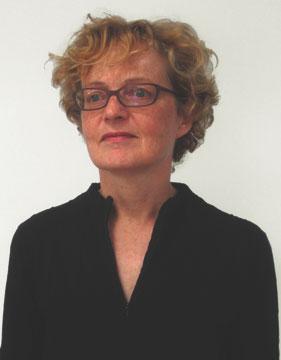 Lani Maestro No Pain Like This Body 2010 Installation view

Maestro won the $25,000 prize for outstanding achievement by a Canadian artist, while Gingras won the $15,000 award for curatorial excellence in contemporary art.

The award recipients were selected by a jury of arts professionals from across Canada including Robert Enright, contributing editor, Border Crossings magazine, and a research chair in art theory and criticism at the University of Guelph; Michael Fernandes, artist; Peggy Gale, independent curator; Stephen Horne, visiting scholar at the Jarislowsky Institute; and Diana Nemiroff, curator and art historian.

Shown at the 2009 Sharjah Biennial, the 2004 Busan Biennial and the 1997 Istanbul Biennale, among other events, the work of Manila-born, Montreal-based Maestro has been concerned with questions of how we occupy space, how space occupies us, as well as how our space is occupied with and by others.

As a jury statement noted, “many of Maestro’s works situate places within places as a means by which to have us travel in and out of the home, inside and outside space, hoping to erode binary opposition. In this sense we might describe Maestro’s work as architecture of the body, with the proviso that such works, which emphasize passage rather than permanence, ultimately erode architecture’s claim to authority.”

The career of Montreal curator Nicole Gingras has, since the 1980s, been distinguished by her broad knowledge of and articulate support for experimental practices in photography, film, video and sound art. Among her accomplishments is the establishing of Éditions Nicole Gingras, which publishes monographs, artists’ books, and CDs by Canadian artists. In September, she was named general and artistic director of La Biennale de Montréal.

The jury stated, “Nicole Gingras’ active engagement with new art, her energy, and her intellectual rigour have enabled her to sustain a practice devoted mainly to new and relatively unexplored areas of contemporary art.”

A public awards presentation will take place on November 19 at Bourgie Hall at the Musée des beaux-arts in Montréal.

The Hnatyshyn Foundation is a private charity established by the late Ramon John Hnatyshyn, Canada’s 24th Governor General, to assist emerging and established artists in all disciplines with their schooling and training, and promote to the Canadian public the importance of the arts in our society.