The highest museum salary in Ontario, according to a new public list detailing provincial payrolls, is $516,308—much higher than what most folks in the arts make 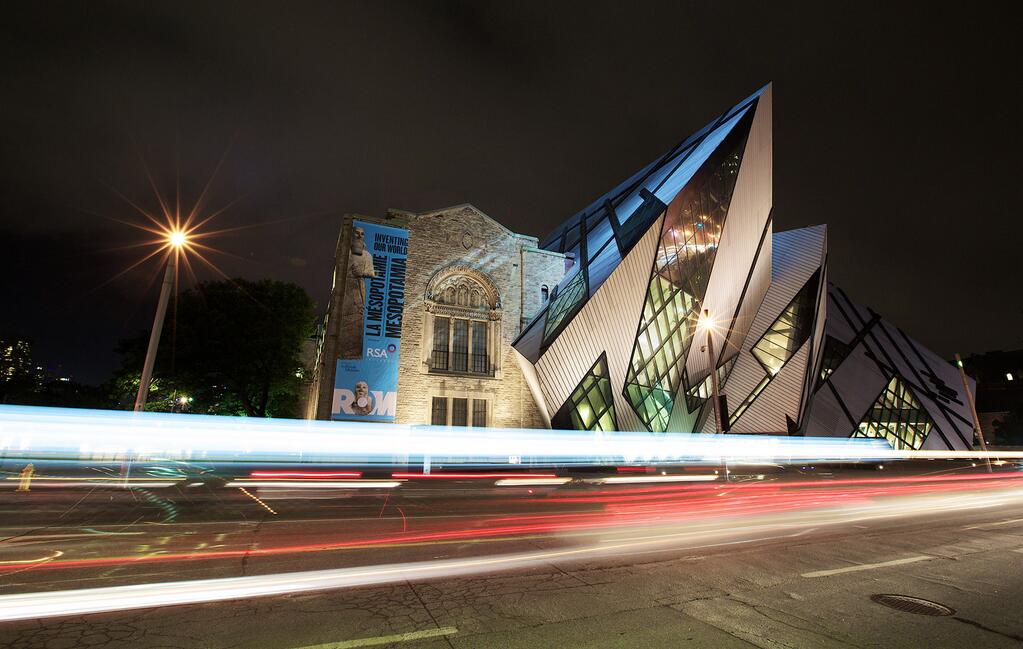 Ontario’s annual Sunshine List came out recently, detailing, as usual, all provincial-payroll salaries that are $100,000 or more.

“Over 151,000 people are on the latest list,” reported Global News, “up from over 131,000 workers on the list the previous year.” This included teachers, police officers and more.

On the list, too, were several people in the cultural sector: museum directors, gallery directors, curators, art-college leaders and instructors, and more.

A list of top-paid museum and gallery directors, as well as a list of top-paid culture workers on the provincial payroll, was pulled from this larger database by Canadian Art and is available at the end of this article.

These arts-related figures in the Sunshine List represent the extreme high end of Canadian culture salaries.

The majority of those who work in the culture sector or at galleries and museums make far less.

A recent study by Hill Strategies, based on 2016 census data, indicated that artists in Canada, for instance, have a median annual income of $23,100.

There are also distinct patterns observable in who leads the largest and biggest-budget museums—and who earns the highest salaries or most senior positions.

As Michael Maranda found in a 2017 public gallery leadership analysis for Canadian Art, the higher one goes in arts leadership positions, the less likely one is to find women in those jobs.

Maranda’s research also found that the less money a gallery receives, the more likely its director or curator is to be Indigenous.

How to Assess Executive Compensation in the Arts?

The numbers in the Sunshine List seem to align with some of the existing salary data on executive compensation in the arts, though compensation does exceed the averages when it comes to the biggest Ontario museums, which also happen to have hired American leadership.

The Canadian Cultural Human Resources Council 2017 salary survey found that in non-profit arts organizations with budgets of more than $5 million, average compensation for CEOs or executive directors was $210,400.

Across the museums sector, “there are directors with salaries comparable to CEOs of large companies,” confirms Vanda Vitali, executive director of the Canadian Museums Association, via email.

Salaries seem to be a bit higher among North American art museum directors than the main Canadian culture sector, though. The Association of Art Museum Directors’ most recent salary survey, completed in 2018 and based on data from 222 museums in the US, Mexico and Canada, indicated that the median director salary in Canada and Mexico was roughly $224,300.

Size of the museum budget also matters to executive compensation. For North American art museums with the largest budgets (above roughly $20 million), mean director salary last year was roughly $456,000 to $693,552.

Looking across provinces, some of the Sunshine List figures, like the AGO CEO at $351,473,60, would seem to align with Vancouver Art Gallery CEO compensation. Canada Revenue Agency records indicate that there is one employee at the Vancouver Art Gallery—presumably the CEO—who makes more than $350,000.

Further, the Charity Intelligence website, based on Canada Revenue Agency data, indicates that two staff members at the Montreal Museum of Fine Arts—presumably the CEO and one other—are paid annually in the $250,000 to $300,000 range.

Earlier this year, American museum researcher Joan Baldwin wrote a blog post wondering what the ratio should be between museum CEO salaries and other full-time salaries at a museum. Many questions remain, she concluded.

In an email interview with Canadian Art, Baldwin said more research on museum salaries is needed—both on the ratios between leadership and staff, and other issues.

“What kinds of ratios exist in the field? Who thinks about this? Is it a concern for CEOs and boards of directors?” Baldwin states via email. “While I think many people use the salary surveys published by [Alliance of American Museums] and [Association for Art Museum Directors], I don’t think anyone has taken the time to really parse what these figures mean for the field as a whole.”

Barlow also noted, as she has in other blog posts, that compensation in arts leadership still remains inequitable, and that needs to change across the sector: “One prejudicial decision regarding race, gender, parenthood, weight, LGBTQ, or disability lives forever in payroll, and unless there’s an equity adjustment, it will still be there decades later when the employee retires.”

Many factors need to be considered in setting a museum executive director’s or CEO’s salary, says Baldwin. Among them are: “1. Where the field is nationally: Field-wide, what do museums in your budget category pay EDs? … 2. What do comparable non-profit positions pay in your town, city, region? What is the living wage in your region? What other benefits make up the package? Health insurance, paid vacation, housing, club memberships, professional development? Also, what’s your museum’s endowment and salary history with the ED position?”

Canadian Art did attempt to get comment from the Royal Ontario Museum regarding the top culture-sector salary on our list and whether it included any bonuses, but no response was received by press time.

Janice Hindley, Administrator of Wellington Place, home to the Wellington Museum and Archives, $166,113.50.

Barbara Fischer, Executive Director / Chief Curator at the Art Museum at the University of Toronto as well as Associate Professor, $158,447.58.

Deirdre Chisholm, Curator of the Norfolk Arts Centre, $151,275.88. (note: this is listed as so in the provincial disclosure even though the Simcoe Reformer reports a new curator arrived in fall 2018.)

A List of Top Public Culture-Sector Salaries in Ontario

Mark Engstrom, Deputy Director of Collections and Research at the Royal Ontario Museum, $309,466.06

Julian Cox, Deputy Director and Chief Curator at the Art Gallery of Ontario, $262,481.94

This post was updated on April 11, 2019, to highlight discrepancy between Sunshine List and local reporting when it comes to who the Norfolk Arts Centre curator was in 2018. It was also updated on April 12, 2019, with a note to clarify that federal-paid director salaries in Ontario were added where salary data was available, but not added where such data was not available. Job titles were also clarified.