Filmmaker Guy Maddin's latest project mixes his classic black-and-white scenes with GIF-y grabs—and is made to be experienced online. 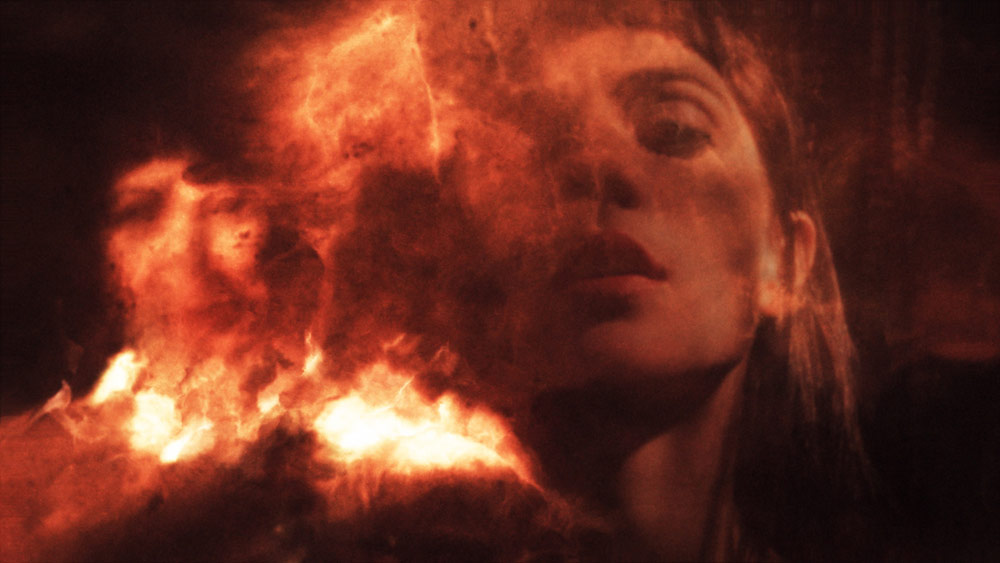 A scene from Guy Maddin's Seances, an interactive project that generates a unique, only-to-be-viewed-once film for each web visitor.

Canadian filmmaker Guy Maddin’s latest project, Seances, launched this past week as an installation at the Tribeca Film Festival—and also, simultaneously, on laptops and devices everywhere, thanks to the National Film Board.

Each visitor to nfb.ca/seances can experience a free, one-of-a-kind version of Seances. Each version is generated by an algorithm which mixes and remixes Maddin’s footage to create only one version for each visit.

Once set into motion, any given version of Seances online cannot be paused, embedded or replayed. As the NFB says, Seances consists of “never before seen films, never to be seen again.”

“Six years ago, Guy came to us wanting to basically create short films specifically to be combined in order to create new narratives,” says Alicia Smith, NFB producer of Seances. “And six years later, we have this website and installation that generates a new film every time.”

The reason for the project’s “only one chance to see this film” ethos? According to the NFB’s blog, Maddin was inspired by the fact that 80 per cent of films from the silent era have been lost, and he wanted to create a format that would underline the experience of viewing a film before it disappears forever.

“Haunted by the notion of lost films, Guy Maddin invited the sad spirits of lost films to possess his assembled actors and compel them to act out the old stories,” Maddin’s website states, “while the spirit-photographer/director captured the precious narratives with his camera.”

“Almost every director working in the first half‐century of film history has lost at least one film to the quirks of fate. These lost works remind me of ghosts,” Maddin further elaborated in a press statement. “These films will never be declared dead with any certainty, they will continue to haunt us with the possibility of their return. These lost film titles are the ‘hauntings’ we hope to invoke with Seances.”

In addition to developing a new format for Seances, Maddin’s aesthetic has seen some dramatic changes.

While the bulk of Seances hews to Maddin’s well-established black-and-white or sepia palettes, and contains visuals that hearken back to the years of early film, there are also interjections of heavily pixelated, GIF-like and clearly contemporary YouTube imagery.

Much of the footage for Seances crosses over with that of Maddin’s most recent (and award-winning) feature film The Forbidden Room, with related inspirations.

“This film [The Forbidden Room] started with the intention of making Internet art,” Maddin told the Toronto Star at The Forbidden Room’s world premiere at Sundance last year. “Then I thought I’d hedge my bets and make a feature film as well. I wanted to become an Internet pioneer and a real one, rather than a faux pioneer in retroactive rewriting of film history.”

“The Forbidden Room is the feature that came out of the life around this project,” producer Alicia Smith tells Canadian Art. “We joke and say that that film is a two-hour trailer for the interactive.”

Shooting for Seances included 18 days at the Centre Pompidou in Paris and 13 days at the Phi Centre in Montreal. The latter footage was shot in front of a live audience. Stars include Roy Dupuis, Charlotte Rampling, Mathieu Amalric and Geraldine Chaplin.

Maddin’s former student Evan Johnson was also a key part of Seances and The Forbidden Room, acting as co-creator on the former and co-director on the latter. Galen Johnson also contributed composing and design skills to the projects—even running select footage through a VCR to get a certain visual texture, producer Smith says.

The installation version of Seances is due to appear at Montreal’s Phi Centre this summer, and in Toronto at some point coinciding with the Toronto International Film Festival, Smith says. The interactive component of the installation—not surprisingly—resembles the surface of a classic seance table.

Maddin is currently a visiting lecturer on visual and environmental studies at Harvard. His next feature film project, HyRoMo, is currently in production.