On New Year's Eve, Blank Canvas Gallery's co-owner was tasered by police—raising questions about racial bias in policing, and in the Canadian art scene. 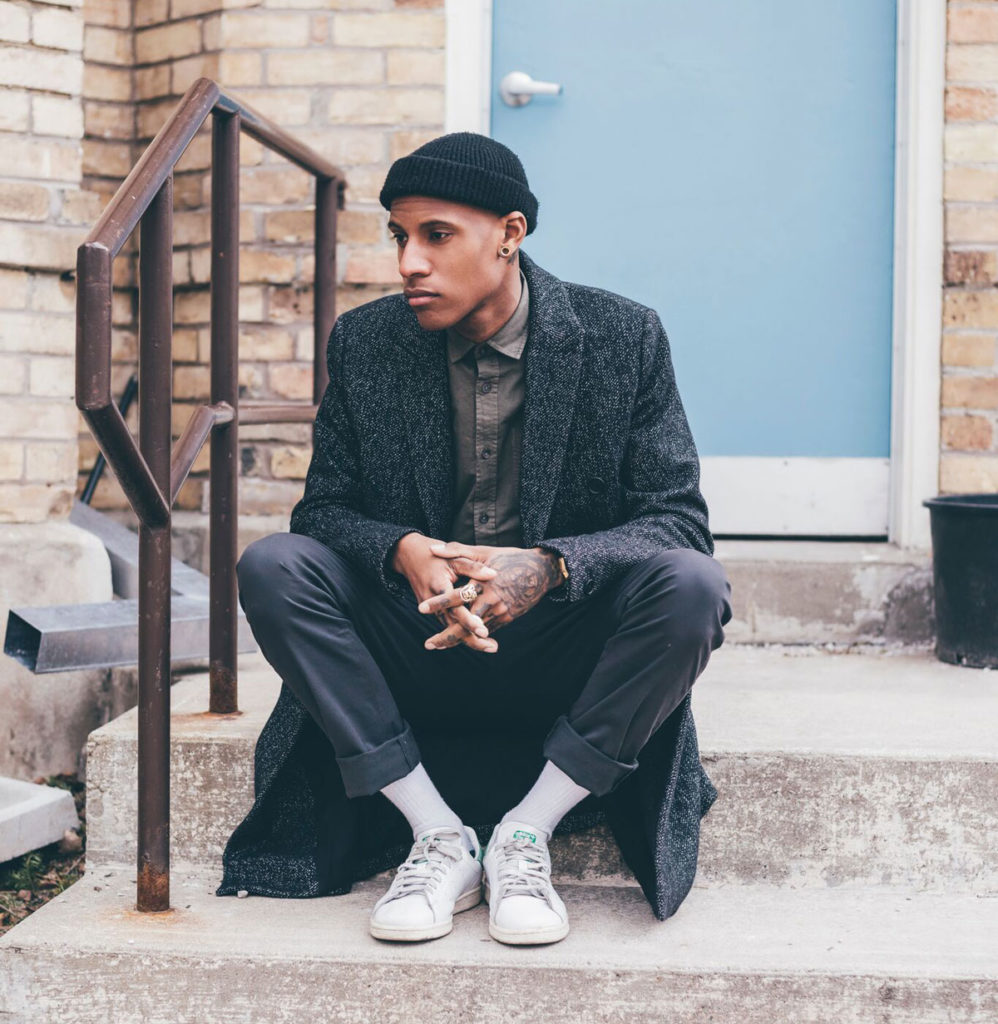 Blank Canvas Gallery co-owner John Samuels. Samuels was tasered by police during an event at the gallery on December 31, 2016. Photo: Brianna Roye.

A view of Blank Canvas Gallery before the events of December 31. Photo: Brianna Roye.

On New Year’s Eve, during an event at Blank Canvas Gallery in Toronto, co-owner John Samuels was tasered by police. A few days later, the gallery’s locks were changed without notice.

While charges against Samuels won’t be argued in court until February 8, there are certain agreed-upon facts at hand. First: that the tasering followed a police check for a Special Occasion Permit (SOP)—a permit that allows serving of liquor at gallery events. Second: that Blank Canvas Gallery’s co-owners John Samuels and Andrew Davy welcomed a wide range of artists, performers and musicians, including queer and POC youth. Third: that Blank Canvas Gallery, which only just opened in spring 2016, has since started fundraising on Indiegogo to defray legal fees and fund a new space.

There is a lot that is still unknown, unclear or yet to be legally substantiated. But the incident has raised questions and concerns about racial bias in policing, as well as in the Canadian art scene.

“To me, this speaks to a much larger issue, which is the way that racism and the Toronto Police Service has been playing out over the last 30 years,” says artist, activist and researcher Syrus Marcus Ware, who is also a member of Black Lives Matter Toronto. “But this is also a story about the way the contemporary art scene does or doesn’t interact with issues of anti-blackness.”

From Ware’s perspective, both these streams of bias intertwine in the tasering of John Samuels.

“It all comes home on New Year’s Eve at this contemporary art space with a particular focus on black and diaspora artists having an event without a Special Occasion Permit,” Ware explains. “There are many different underground and independent artist-run situations where we don’t see a Special Occasion Permit, and you can really say, never are the owners of the gallery tasered like this. This is just such an extreme use of force.”

The art scene has to take responsibility in a wider way as well, Ware notes.

“The reason for the existence of Blank Canvas Gallery is because of a bigger problem in the Canadian art scene—because black people are not recognized as creators and innovators in that environment,” Ware points out. “The Canadian art scene has not taken enough of a stand on these issues, and addressing them.” Ware attributes the loss of this arts space, at least in part, to “larger issues of anti-blackness in exhibition design, critical writing” and other art modalities.

Others in the art scene with experience around Special Occasion Permit issues concur that the use of force at Blank Canvas seems excessive, and motivated by bias.

“In my experience of running underground events…I have never encountered the kind of belligerent force and harassment as seen in the case of Blank Canvas,” says Xenia Benivolski, an artist and curator who has been involved with art events at (and experienced police checks at) Toronto venues including the White House and 8-11, in an email. “It is obvious to me that this is because of an ongoing police bias against black people, and it saddens me deeply that the spaces that are being suppressed in the city are exactly the kind of spaces we need—safe and inclusive spaces for marginalized communities to set their own terms.”

Questions about the way liquor laws might be enforced unevenly in Toronto also come to mind.

“We as a community have to question why, in this case, a permitting infraction turned into an episode of violence, property damage and lockout,” says Shani K. Parsons, founding director of the Critical Distance Centre for Curators, in an email. “It raises a lot of questions around how, when and where permitting rules are being enforced—for instance, if we could see a record of SOP enforcements and outcomes from around the city that night, what would it look like?”

Anyone concerned about these events is being urged to look at supporting the Reinstall Blank Canvas Indiegogo campaign.

“I would say, for people who are not sure about how to get involved, to check into the Indiegogo,” suggests Syrus Marcus Ware. “What are the people who are most directly affected asking for? That’s always a good starting point for allies.”

But thinking beyond the immediate, and into the long term, is important, too.

Even anecdotal responses to the Blank Canvas events expose that creative-sector bias.

“One of the things that stands out about this is that for a lot of black artists that I know and a lot of black friends that I’ve had, this [incident] was shocking, but not surprising,” says Ware. “And then, for friends in the larger arts community, it was shocking and surprising and unheard of. And that says a lot: For the people who are badgered by the police every single day, this was not surprising, because that is just the way that the system is working. We need to figure out how to harness that shock and outrage into some lasting change.”