Canadians are spending less time and money on arts, culture and social leisure than they did before the recession. And art orgs need to take action. 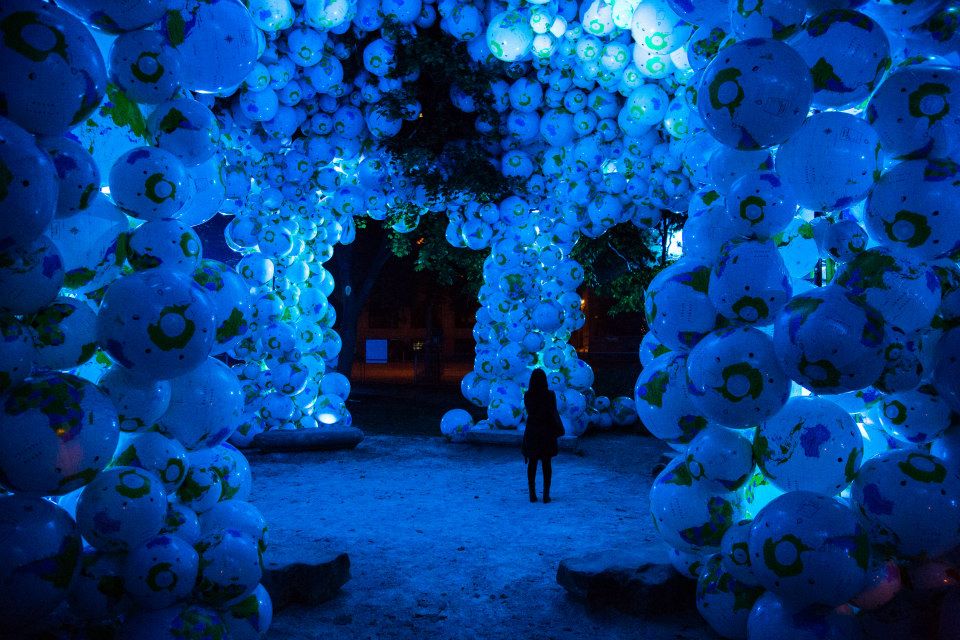 Canadians, crunched for time and money, need more art projects that meet them in public space, says researcher Bryan Smale. This is one such artwork: Maximo Gonzalez's Walk Among Worlds at Nuit Blanche 2014 in Toronto. Photo: via Facebook.

Canadians are spending less time engaged in the arts, culture and social leisure than they did before the recession, a recent study says.

And arts organizations—from galleries and museums to symphonies and dance troupes—need to take action, says the study’s lead researcher.

“We think we can draw a fairly straight line from between the impact of the recession in 2008 and people sacrificing what we regard as really valued activities during their free time, because of being less secure economically,” says Bryan Smale, director of the Canadian Index of Wellbeing and professor at the University of Waterloo. “Following the recession, living standards dropped dramatically; there is a lot more precarious work, the quality of life has gone down, and the income gap has gone up.”

The upshot for arts and culture? A 9 per cent drop in the index’s Leisure and Culture domain compared to 1994—and household spending on recreation, culture and sport sitting at its lowest point in 21 years.

“These kinds of [economic factors] are placing a lot of pressure on households, and when people are concerned about those kinds of things, they start making choices,” says Smale. “The stuff they do in their free time gets sacrificed because they feel they have to attend to essentials.”

Ultimately, Smale and his team say this reduction in arts engagement doesn’t just hurt art institutions. It also hurts Canadians in general, because arts, culture and leisure are an essential part of wellbeing.

But here’s where arts organizations can take action: by improving access for all Canadians.

“We should certainly be looking at things that improve access for people” to the arts, Smale says. He points to free and low-fee classical music concerts in his home region of Kitchener-Waterloo as one example, particularly when those concerts take place in public spaces, parks or schools.

Doing more arts programs in public space “introduces that form to younger people; they may become lifelong devotees, and the important thing is that it contributes to quality of life” for decades to come, Smale says.

We need to “take advantage and make more use of public spaces in our communities, because often those are spaces where people can engage in their communities…We tend not to think of our public spaces as being for [arts and culture]. But I think it would expose more people to art, and give artists an opportunity to share their work with others.”

To read the full study and its recommendations, visit the Canadian Index of Wellbeing website.