Canadian Artists Out in Force at New York’s Armory Week

This week is one of the biggest in New York’s year of art. And many Canadian artists, gallerists and collectors are on hand. 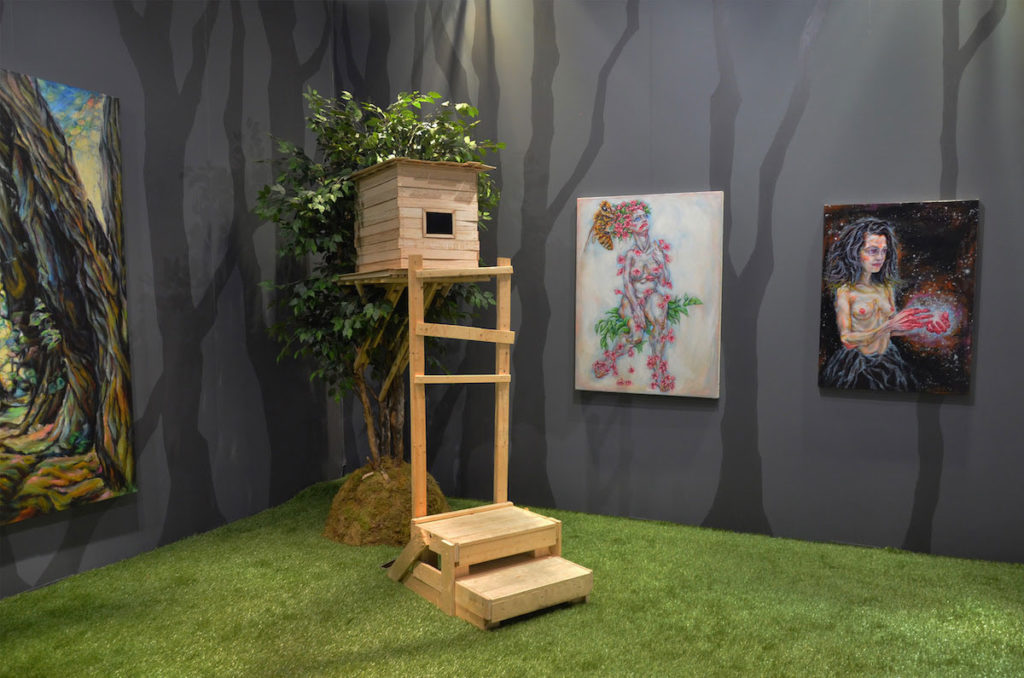 This week is one of the biggest in New York’s year of art. It’s Armory Week, with several significant art fairs on the go—the most prominent being the Armory Show, but with some more youthful, more experimental fairs too, like the Spring/Break Art Show, which takes place inside a Times Square office building.

Canadians are out in force at many of the events, with gallerists, artists and collectors all on hand. Here is a roundup of just some of the Canadians showing during Armory Week.

At the Armory Show

Toronto’s Daniel Faria Gallery is the only Canadian dealer at the Armory Show proper this year. Faria is in the fair’s “Presents” section, which is a platform for young galleries no more than 10 years old to showcase recent work from emerging artists. There, Faria is featuring works by Canadians Shannon Bool (based in Berlin) and Elizabeth Zvonar (based in Vancouver). (Artsy has identified Bool as one of 20 artists to watch at this year’s Armory Show.)

Faria also represents Vancouver writer and artist Douglas Coupland, whose 2014 Lego-tower sculptures are on display in the Armory Show’s “Platform” section, which is dedicated to large-scale installations and commissions and is curated by Eric Shiner, former director of the Warhol Museum.

Getting ready for tonight’s preview of @the_adaa The Art Show! ????Visit 303 Gallery in booth A4 at the Park Avenue Armory to see our solo presentation of Rodney Graham. The gala preview is tonight (tickets available at henrystreet.org) and the fair is open to the public March 1-5. ???? #RodneyGraham #adaa #theartshow2017 #303gallery

At the Art Show

Organized annually by the Art Dealers Association of America (ADAA), this show offers offers presentations by 72 art dealers from across the US—many of whom represent Canadian artists.

For instance, New York’s 303 Gallery is featuring at least one large photo-work by Vancouver’s Rodney Graham at its ADAA solo booth for the artist, while Gavin Brown’s Enterprise, also based in New York, is presenting a sculptural installation by OCAD-trained artist Rirkrit Tiravanija. Works by Agnes Martin are part of a group show on seriality and repetition at the Peter Freeman booth. Drawings by Peter Doig are part of another mini group show at the booth of Michael Werner.

At least eight commercial galleries from Canada are crossing the border to highlight their artist rosters at NADA New York, the fair organized by the non-profit New Art Dealers Alliance.

Among them are Edmonton’s dc3 Art Projects, which is presenting a booth of works by Montreal’s Tammy Salzl. Toronto’s Angell Gallery is featuring painters Bradley Wood and Adam Lee. Montreal’s Galerie Youn is presenting works by Montreal-based artist Osheen Harruthoonyan and Paris- and LA-based artist Scarlett Rouge. Another Montreal-based dealer, Patrick Mikhail Gallery, is offering works by Natasha Mazurka, while yet another, Galerie Simon Blais, is focusing on photographs by Éliane Excoffier.

In Volta’s curated group show, organized by Wendy Vogel around the theme “Your Body is a Battleground,” Toronto artist Kent Monkman is represented with a few works via his Santa Fe dealer Peters Projects.

Spring/Break, billed as New York’s curator-driven art fair, is guided this year by the theme “Black Mirror.” Toronto’s AC Repair Co. has responded to the call with works by Connor Crawford, Brian Rideout and Brad Tinmouth. A neon mask sculpture by Brooklyn-based Canadian artist Brendan Fernandes and a painting by Peterborough-based artist Alex Bierk are also among the many works on view at Spring/Break.

At Art on Paper

In terms of Canadians showing at other booths: Ryerson University graduate Balint Zsako, who now lives and works in Brooklyn, will be the sole focus of New York gallery the Proposition’s booth at Art on Paper. The Proposition will be showing a new series of large, figurative watercolour paintings, which were recently featured in Hyperallergic’s “Spring Guide to Art in NYC.”

Montreal artist Karen Kraven will be opening a solo exhibition, “Deadstock” at MAW on March 3; Kraven isn’t the only Canadian to show at MAW—later this year the gallery will host an exhibition including Lili Huston-Herterich.

Also on March 3: Maine-based Canadian Sascha Braunig opens a show at Foxy Production, while Toronto’s Georgia Dickie debuts an exhibition at Jeffrey Stark. (Take note that MoMA PS1 is currently featuring a solo show for Braunig called “Shivers,” with more than 20 works made over the last five years that promise to showcase “Braunig’s unique approach to the studio portrait.”)

On March 5, the performance piece Clean Labour by Brendan Fernandes will have its grand opening at the Wythe Hotel. In this work, Fernandes is collaborating with cleaning professionals at the Wythe Hotel in Williamsburg, Brooklyn, to design an original contemporary dance inspired by the movements and routines involved in their work. The piece is produced for Armory Week by More Art.

In addition to his showing at Art on Paper, Balint Zsako’s work will also continue to be on view at Foley Gallery until March 5.

A post shared by GALERIE ANTOINE ERTASKIRAN (@galerieantoineertaskiran) on Mar 2, 2017 at 5:08am PST

Georgia Dickie’s ‘Those Who Feed Birds’ opens this Friday from 7-9pm. #georgiadickie

Pat and Brad setting up the booth at #artonpapernyc! Come see us this weekend at Pier 36 in NYC, booth B13. #ningeokulukteevee #shuvinaiashoona