A major donation to the Vancouver Art Gallery brings newly discovered paintings by Group of Seven artist J.E.H. MacDonald into the limelight. 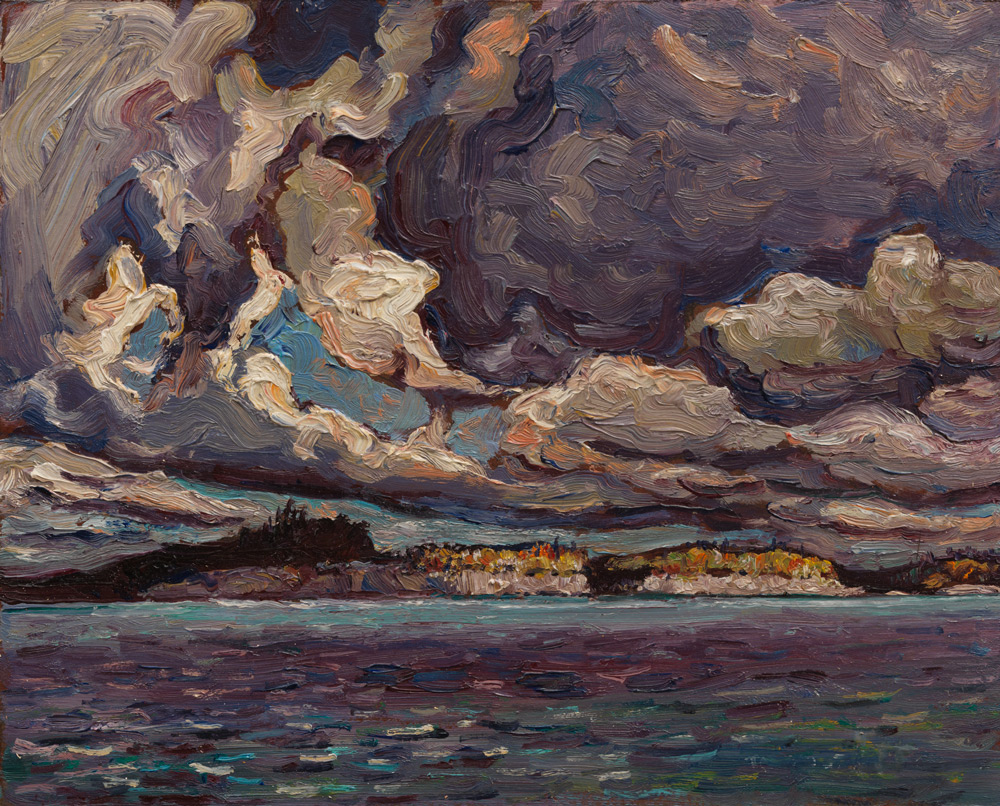 Buried for more than 30 years, a group of oil sketches by Group of Seven painter J.E.H. MacDonald has resurfaced in a major donation to the Vancouver Art Gallery. In the 1930s the paintings went, quite literally, underground. MacDonald’s physicians suggested that he go somewhere warmer to heal his poor health—Barbados, in particular. Knowing that he would be away for some time, leaving his Thornhill property empty, MacDonald and his son, Thoreau MacDonald, wrapped the paintings in layers of cellophane and tar paper, placed them in boxes and buried them in the backyard of their home.

VAG’s curator Ian Thom told Canadian Art that after MacDonald died “there really wasn’t a tremendous market for sketches, so Thoreau felt no real need to unearth them.” In fact, sketches were so undervalued that, at around the same time, Lawren Harris wrote to Thoreau, urging him to gather up all the sketches he had left in Toronto, “and burn them at the wood stove, because no one wanted any of them. Fortunately for Canadian art, Thoreau didn’t do that,” Thom continued. “But it gives you an idea of how relatively insignificant these objects were considered at this time.”

Thoreau unearthed the works in 1974, when he donated the Thornhill house to the municipality. He offered to sell them to his friend, commercial high-rise developer and art collector Max Merkur. Kept privately by the Merkurs and never exhibited, the works then stayed out of public light for 40 more years.

In 2012, after the passing of Max Merkur’s widow, Reta, the couple’s son, Ephraim, contacted gallerists Marvin Cohen and Janet McNaught, from the Arctic Experience McNaught Gallery in Hamilton.

Thom first saw the works in 2013 and identified the paintings as authentic. Talking to Canadian Art, Thom underscored the significance of the donation, noting that, of the 10 sketches that came to the VAG, eight are studies for major paintings by MacDonald, including Tangled Creek, Cattle by the Creek and Sketch for Mist Fantasy. He explained that the VAG previously had nine works by MacDonald, meaning that the donation more than doubled the gallery’s holdings.

In a press release this week, Thom called it “the most significant historical gift the gallery has ever received, next to the Emily Carr Trust.” Thom also noted that the pieces offer greater insight into MacDonald’s oeuvre, explaining that “the focus on MacDonald’s early practice lends considerable insight into the transformation of his style from more traditional depictions of the landscape to the bold, brilliantly coloured landscapes he was known for as a member of the Group of Seven.”

After almost 70 years away from public view, the works make their debut in a larger group exhibition focusing on Canadian landscape painting at the VAG this fall. Thom also explained that in the next two or three years, the gallery “will be able to do something focusing on MacDonald himself…borrowing from all kinds of other places as well.”