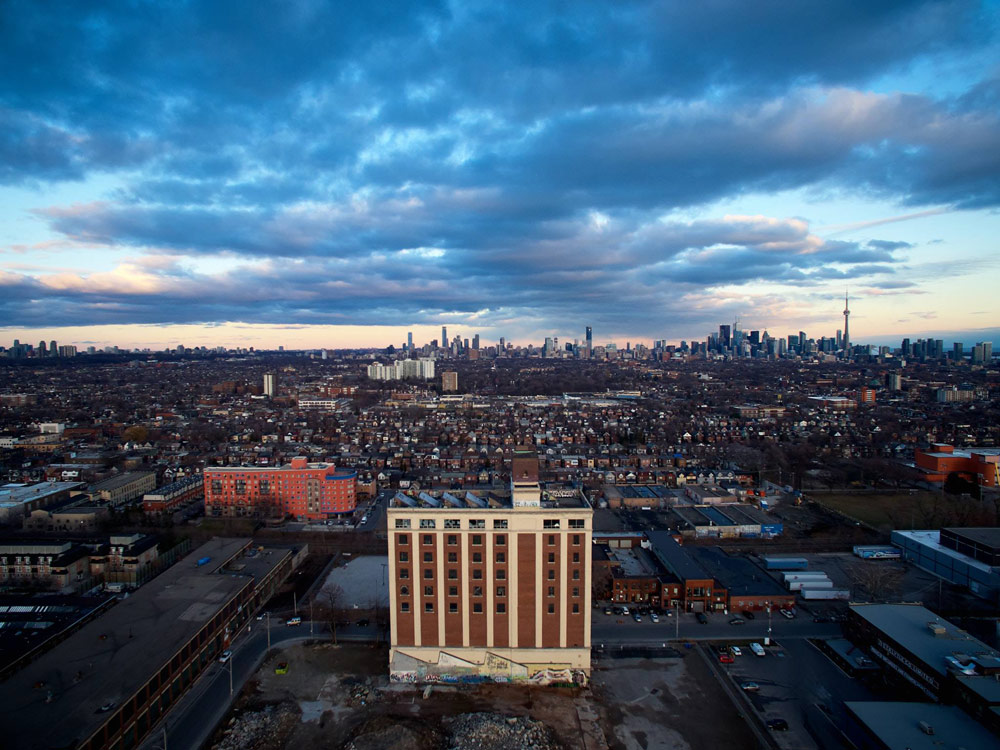 158 Sterling Road, in foreground, is a circa-1919 auto-manufacturing plant that will be renovated into the Museum of Contemporary Art Toronto-Canada.

Chantal Pontbriand, CEO and director of the Museum of Contemporary Art Toronto-Canada, which is due to open to the public in May 2017, certainly hopes so.

Today, in the company of Toronto Mayor John Tory, TIFF artistic director Cameron Bailey, and actress Arsinée Khanjian, as well as various artists and members of the press, Pontbriand revealed ambitious plans for the new museum, which will take over the first five floors of an old, circa-1919 automotive building being renovated as part of a new housing development.

Here are some highlights of the new museum plans:

Details were also revealed at the event for the museum’s debut exhibitions, namely:

While the 50,000 square feet of new museum space is being built and renovated, Pontbriand is also planning on holding eight evenings in the coming year inspired by Black Mountain College evenings.

Among these evening events are a late-May presentation of an interactive musical performance work by Toronto-area artist Christof Migone, presented in collaboration with the 21st Century Music Festival; and a Canada Evening of films music and art co-curated with Mark Lewis as part of the Pages Unbound Festival at the Gladstone Hotel on May 5.

Collaboration also comes to the fore in a pavilion project Pontbriand mentioned, which will present “a different pavilion by a different architect or designer every year, enabling us, maybe, to get a glimpse of the future.”

There are other contemporary art museums in Canada—notably the Musée d’art contemporain de Montréal—as well as major public contemporary art galleries in Toronto, such as the Power Plant. But MOCA will possibly be distinguished from the latter by its collecting activity, which Pontbriand confirmed would be a priority.