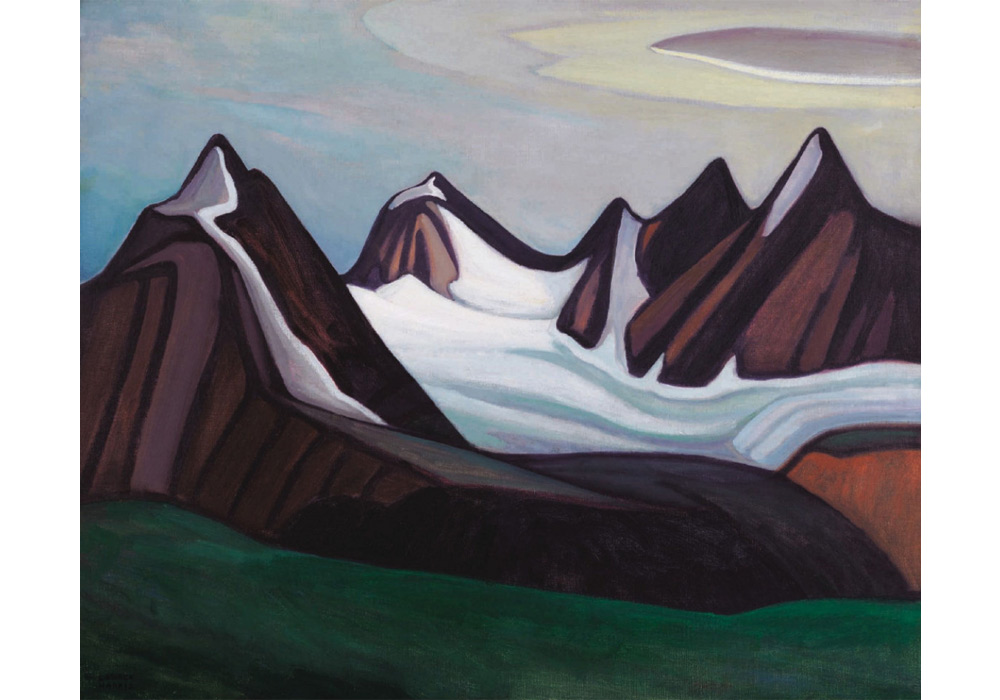 Harbour is classic Colville in its play with perspective and point-of-view. It resulted from a trip to Halifax, where the artist saw a red tanker docked in the harbour. The figure can be presumed to be the artist himself, accompanied by his dog Shasta; Colville looks at the viewer while Shasta looks at the tanker. In an article published a year after the painting of Harbour, critic and art historian Virgil Hammock recounts Colville telling him that he was looking for an excuse to paint his Land Rover: “It’s something I’ve wanted to do ever since I bought this car.”

It’s not the first time Colville has broken a record this year: his retrospective at the National Gallery of Canada drew more than 110,000 vistors, making it the gallery’s third-most popular summer show in the last decade, coming in behind the Ottawa institution’s Van Gogh exhibition in 2012 and Renoir show in 2007.

The Lawren Harris retrospective “Idea of the North” is currently at the Hammer Museum in Los Angeles, where it is the artist’s first major solo exhibition in the US. The exhibition comes to the Art Gallery of Ontario in July, 2016.

Also notable at last night’s auction was a lot by Bess Harris, a founding member of the Canadian Group of Painters and Lawren’s second wife, that sold for $90,000 above estimate at $129,800, a record for the artist. The sale was followed by a controversial remark by David Heffel that this was “good value for a female painter”—at which the audience booed. Later, Heffel joked that a Milne was “good value for a male painter,” further explaining himself by saying that female artists are undervalued.