A Look Inside the New Beaverbrook Art Gallery

The historic collection’s Fredericton home gets an impressive redesign 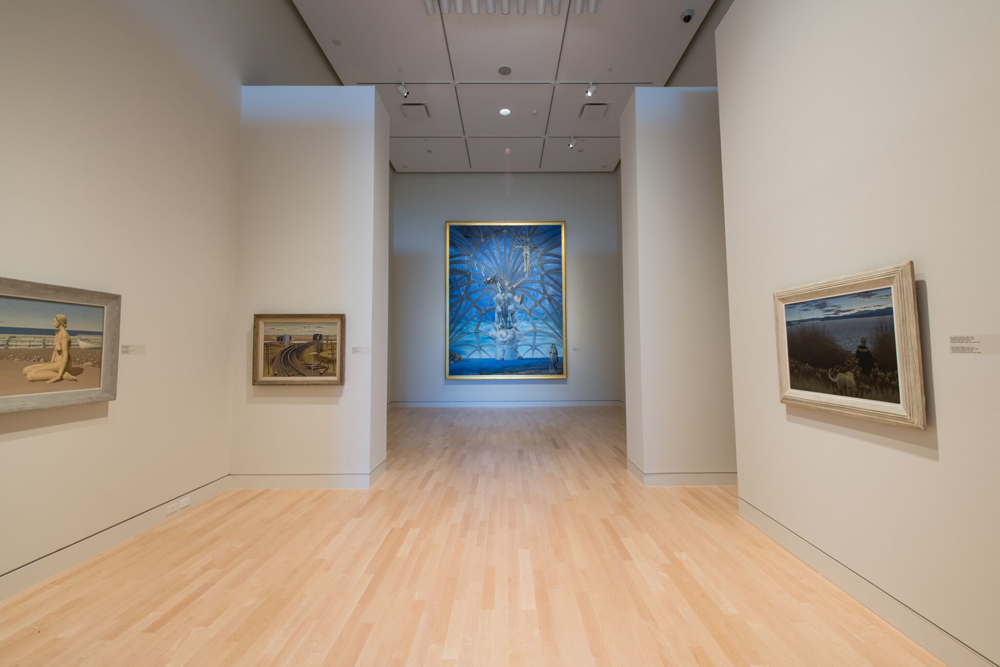 Timberwolf Hogan is the inaugural artist-in-residence to occupy the studio in the new pavilion of the Beaverbrook Art Gallery, in Fredericton. He looks right at home in the sleek space, seated at the white worktable surrounded by the materials he uses to create intricate porcupine quill work on birch bark.

The studio is part of a 14,000-square-foot expansion, including new exhibition spaces, cafe and learning centre, that opens to the public this weekend after nearly two years of construction.

The studio’s outward views and internal transparency (created by a glass wall that lets passersby see the artist at work) are of a piece with the overall open aesthetic and ethos of the pavilion. The simple, elegant, sandy-coloured box seems to float on a cushion of glass, and extends through its outdoor room right out to the sidewalk in invitation.

“It’s opening itself to the public,” says architect Talbot Sweetapple, of the Halifax firm MacKay-Lyons Sweetapple Architects, which designed the extension. “It’s saying, ‘We’re a gallery for the city.’” 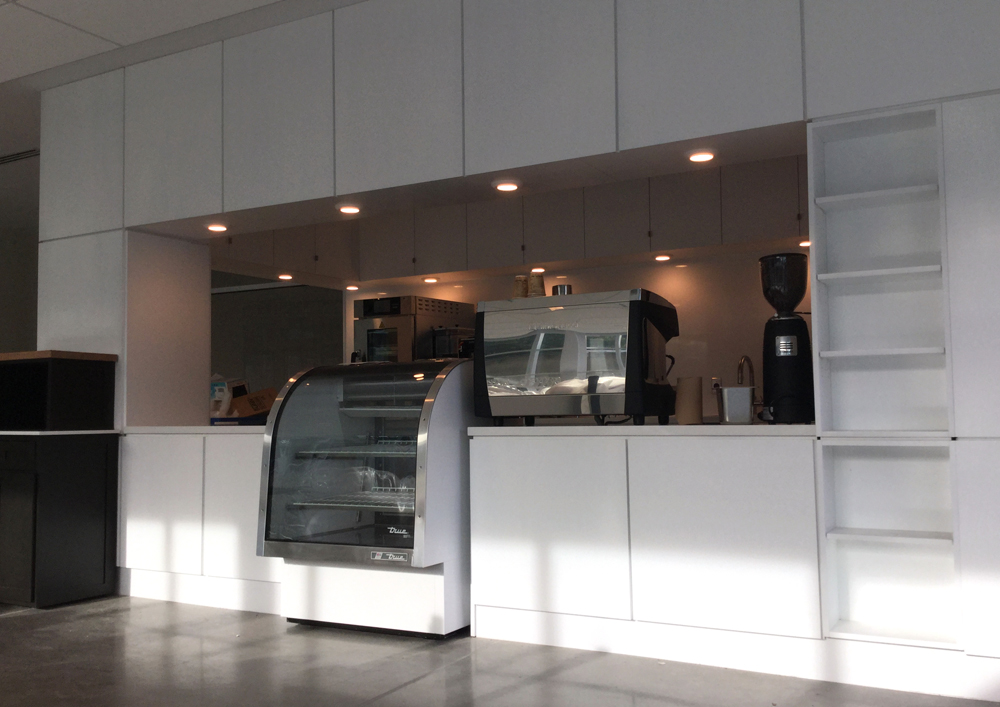 The gallery site is situated downtown in the New Brunswick capital, a leafy, genteel and historic university town spanning the banks of the St. John River. Bounded on its north side by the river, on the south by busy Queen Street and on the east by a slim wedge of park, this tight enclosure informs its design.

Clad in local Dorchester sandstone, the exterior references its urban context, particularly the grand provincial legislature building across the street.

“We wanted to keep the palette calm, to represent our time,” Sweetapple says. “We didn’t want to compete with that. Nor could we.”

Upstairs, tall windows in the new galleries offer floor-to-ceiling views onto the waterway and the green. The sculpture park and ground floor below are located below the floodplain, and watertight in the case of a flood, “almost like a reverse bathtub,” Sweetapple says. “You wouldn’t design a room like that anywhere else. It’s about the St. John River.”

For Bernie Riordon, interim director and CEO of the gallery, the expansion is the latest milestone in a $30.5 million capital campaign. It’s also, he says, the realization of a vision he first advanced nearly 15 years ago, “to make the Beaverbrook Art Gallery truly the art gallery of New Brunswick and to accommodate its world-class collection.”

Those plans were sidelined during a protracted dispute with Beaverbrook’s heirs about ownership of more than 200 artworks. Resolved in 2014, the gallery could move ahead on this first phase of its ambitious building project, which will eventually extend around the gallery and could include future expansions. 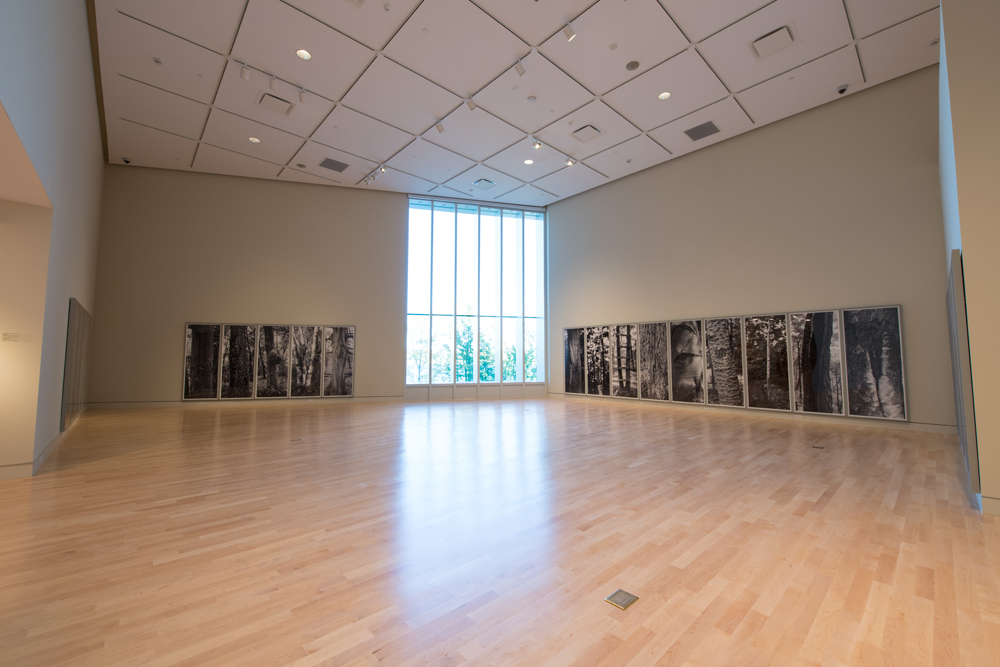 The project takes the vision of its founder, Lord Beaverbrook, to new heights. Born William Maxwell Aitken, son of a Presbyterian minister, he did not grow up with art. He was born in 1879 and raised in Miramichi, a New Brunswick forestry town. It was only once he’d amassed fortunes in business and publishing and risen to prominence in British society that his interest in art, which he would direct back towards his roots later in life, took hold.

“This wasn’t just a donation,” Beaverbrook’s great-grandson, Max Aitken IV, says from London. “The gallery was a labour of love for him. He’d been away from Canada for a long time and his attention turned to how he could give back to his home.”

Rinks and roads and buildings across New Brunswick bear the Aitken and Beaverbrook names, as he has became one of the province’s most celebrated benefactors. None of his donations, however, are as significant as the downtown gallery, something Beaverbrook himself prophesied.

“It may be that I am recalled chiefly as the builder and founder of an art gallery,” he said at the gallery’s inaugural opening on September 16, 1959.

Aitken, president of the Beaverbrook Canadian Foundation and a director of the gallery, will be in Fredericton for the festivities celebrating a renewal of his great grandfather’s legacy and the growth of his original gift.

Inside, upstairs in the pavilion, the creamy walls and pale hardwood floors of the new galleries extend into a separate space showcasing the gallery’s signature work: Salvador Dalí’s Santiago El Grande is an epic, phantasmagoric depiction more than four metres tall of a brawny James the Great astride a rearing white horse.

“It’s almost like a sacred shrine to Dali,” Riordon says.

In keeping with the democratic spirit of the design, though, the work is not closed off. It’s partly visible from the park, where the gallery’s sculpture park, including a work by Dennis Oppenheim, is open to the public day and night.

“This is a truly public building that anyone can come and enjoy,” Sweetapple says. 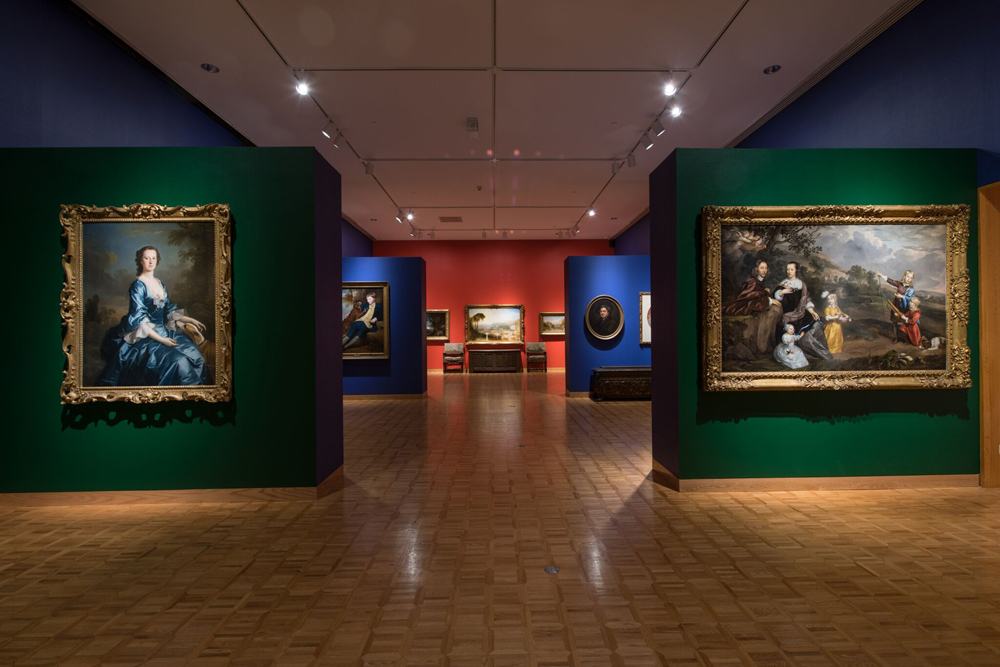 The project included renovations to the gallery’s east wing, reimagined as its international wing, to allow for more—and more dramatic—exhibition of the permanent collection, which includes masterworks by Tissot, Freud, Turner and more.

“It is unbelievably dramatic,” says curator Jeffrey Spalding of the space, where the walls have been repainted in rich jewel tones.

“I selected colours that would be as dramatic as possible, just offsetting one against the other,” says Spalding, who is also an artist and writer. “I was trying to balance two things: to shake things up, but not be disrespectful to the art. I wanted the art to look better than ever.”

While the Beaverbrook is often associated with its historic collection, Spalding is interested in its contemporary vein, including the work by Henry Moore, the gallery’s first entry.

“The first object was not old, stuffy art,” Spalding says. “But since then we’ve slid to this idea that we’ve always been about history.”

For the grand opening, he borrowed Alex Colville’s Dog, Boy and St. John River. The painting was shown in 1963 in London at the Dunn International, a joint exhibition of contemporary painting by the Beaverbrook and the Tate, but the Fredericton gallery did not acquire it at that time.

“It seemed to me, with a new gallery with windows looking over the river, we needed it,” Spalding says. “There were different priorities at that time. But now our priorities must switch to reflect that we’re the official art gallery of New Brunswick.”

Elsewhere in the new galleries, inspired partly by David Mirvish Gallery, he has selected big, bold works to hold the space. In the Elizabeth A. Currie Gallery on the Green is “Masters of Modernism: Selections from The Currie Collection,” which features six oversized abstract Canadian works borrowed from a private collection, including ones by Jack Bush, Jules Olitski and David Bolduc.

For the adjoining Jean E. Irving River Gallery, Spalding has chosen Thaddeus Holownia’s 24 Tree Studies for Henry David Thoreau, 2001-2003, large-scale, black-and-white photographs by the Sackville artist and educator, an introspective counterpoint to the exuberance and colour of the abstract works.

While the artwork is on view above, “downstairs is abuzz with activity,” Riordon says.

“It’s all about interaction and learning,” he says, a sentiment that would likely delight its late patron.

“The gallery will not satisfy my aim if it is thought of as the last home of a collection of pictures and works of art,” Beaverbrook said at the opening nearly 60 years ago. “It should rather be a place at which new talents are kindled and guided. A beginning and not an end.”

A Public Art Tragedy (and Revival) in Seven Chapters 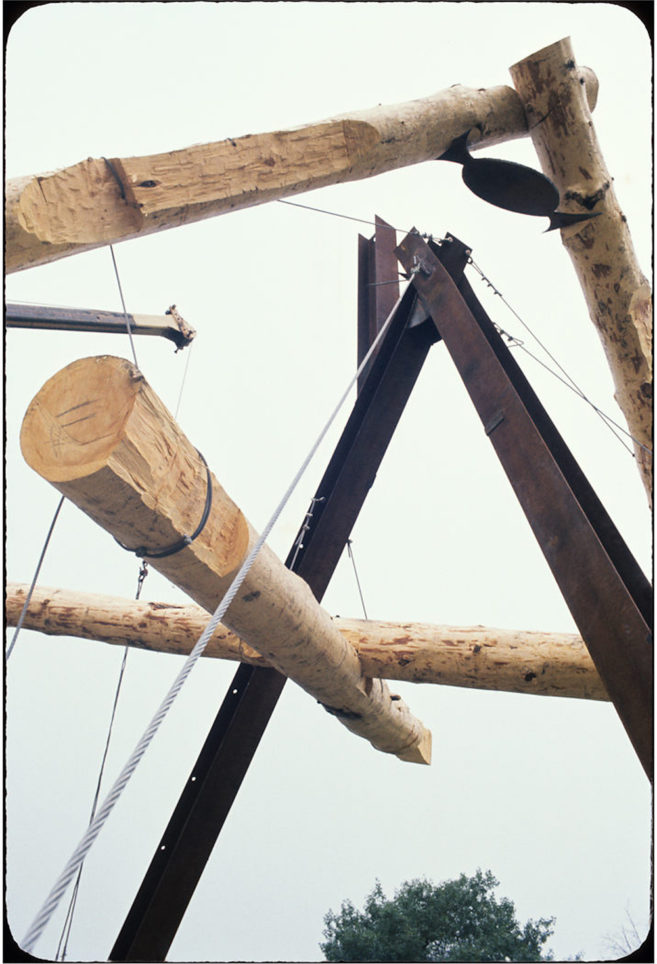