Of Panama Papers and Poetry: Jacob Wren on Rich and Poor

“I’m living in capitalism while also wanting to see it change,” Montreal performance artist and writer Jacob Wren says of his newest novel, Rich and Poor. 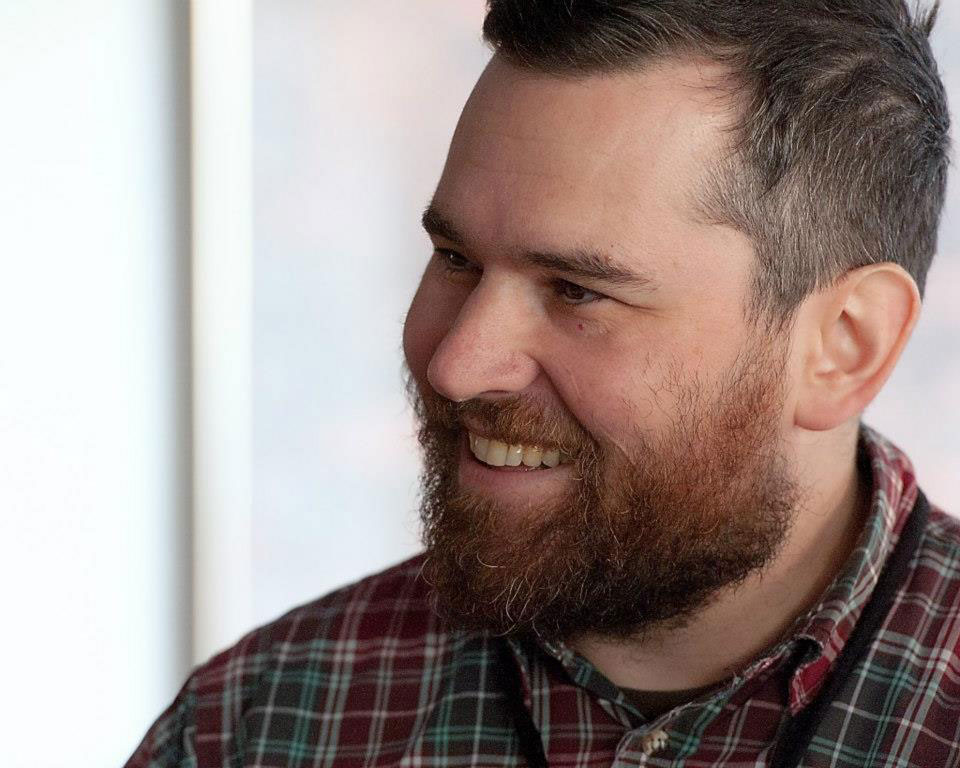 “In one sense, the whole novel is a fable with a simple moral: there are no individual solutions to collective problems.” So says performance artist and writer Jacob Wren of his novel in which a poor pianist tries to kill a billionaire. Photo: BookThug.

Performance artist and writer Jacob Wren’s new novel Rich and Poor (BookThug) is a story about deception, betrayal, coercion, luck, friendship and violence. It is a story of a pianist who envisions an economic collapse and revolution with the death of at least 10 billionaires. His mind is set on one in particular, and the pianist sets off in hopeful pursuit that this deed will be followed by others committed to the cause.

In Rich and Poor, the pianist states, “Wealth is impersonal but we will make it personal again.” Alternating between the voices of two characters, the pianist and the billionaire, the book contrasts differing worldviews and economic situations, revealing shared vulnerabilities and acts of deceit.

In this conversation, Wren talks about capitalism, activism, art, the Panama Papers and the role of humour in helping us deal with it all.

Karina Irvine: To start with: while reading your book, I couldn’t help but think in binaries. Of course, this could have something to do with the title. But what I like about how binaries come up in your book is that they presented a lot of complexities—neither extreme is cut and dried. I see this in your treatment of friends and enemies, deception and honesty, success and failure.

Jacob Wren: I was thinking the other day that I started the book before I knew what it was, and it kind of swept me along with it. It did start with a first rebel feeling—like, why don’t we just kill them [the billionaires]?

So I would say that the book started with a very basic kind of binary impulse. A kind of “us and them” impulse. But then I quickly questioned it and realized that that impulse wouldn’t get us very far.

KI: The pianist and the billionaire, despite their obvious differences, share similarities in their skills of deception and of performativity. Could you share your approach in the development of these characters?

I think that both characters, 1 and 2, are very single-minded; this is maybe the thing they have most in common. But I also think, in the situation that I believe we are in now, that of overwhelming capitalism, how could your desire to do anything about it not be completely moulded by capitalism itself?

There’s a certain line of left thinking, like, “Let’s just go to the country and grow our own food, and change capitalism that way, by living in a non-capitalist way.” Which I think is awesome, and if I could do that, I would. But that’s not what I’m currently doing. Instead, I’m living in capitalism while also wanting to see it change. Maybe the laws and logic of capitalism overwhelm me and also make me single-minded against it. Maybe in ways that aren’t always healthy.

A lot of the parallels between the two characters in the book are maybe too neat, since I did see the work as a kind of fable or parable that is kind of like a coin. They are two sides of the same coin, and I’m constantly turning over the coin, over and over and over again.

KI: Humour in your book is at times used as a tool of deception. Telling the right kind of joke seems to aid in a certain success. At one point, number 2 mentions “a good story, especially one that humiliates the powerful, is a story that must be told.” Can you speak about how humour and humiliation function in your book?

JW: It’s funny, because I’ve spent my whole life performing on stage in front of people, but I always consider performing to be kind of humiliating, and am not sure exactly why I do it.

One of the ways I deal with that humiliation is humour, because when the audience laughs, or if I’m at a dinner party and people laugh, I know that they are a little bit with me, and not completely against me. In a way, it’s kind of like a blues song: “When you see me laughing, it’s only to stop from crying.” When I think about the world, I find it very heartbreaking, and one way to not go insane is just to be able to laugh about it.

KI: I was thinking also of the billionaire. He’s not naturally funny, and so we see him stealing jokes from his friend, Emmett, so that he comes across as a more likeable person.

JW: And all of this is very suspicious, because later we learn that Emmett is not funny. So we’re really not sure who’s funny and who’s not funny, and how or why they see themselves as funny.

KI: Emmett is the one character given a name in the book, and he is a friend of both characters. Friendship, in both cases, seems to be used in a political way. In contrast, the solidarity that is built during the strike changes this dynamic of friendship into one that is based on a shared labour struggle. Can you explain the political, and even sociological aspect, that friendship plays?

JW: In one sense the whole novel is a fable with a simple moral: there are no individual solutions to collective problems.

But I’m not the kind of writer that can write a simple moral. I’m constantly questioning it and complicating it, also, mainly, for myself.

Often, friendship is held up as the one thing that capitalism can’t own, and friends have a kind of logic and loyalty to each other that goes beyond economic transactions. I find that’s a very true and beautiful idea on one level—and then on another level, for instance, friendship is full of nepotism, you know: I scratch your back, you scratch mine. Friendship can also be a network of corruption, or all sorts of problematic favours.

I don’t think I’ve ever experienced real solidarity; for me, it’s in the realm of romantic or mythological ideas. At the same time, I feel like if anything is going to change, maybe something we could call solidarity, or maybe there is something else you could call it as well, would be what needs to occur on some level.

Something I wonder about a lot is the difference between having formed a union from scratch, when there is nothing yet in place, and what kind of solidarity would be required to do that. [In contrast to] a union that has existed for a long time, and how it becomes a little more routine or a little more just following unquestioned habits, not to mention the dangers of it becoming corrupt.

KI: Yes I agree, in terms of social equality there are many examples of unions that need to be re-evaluated in their own ways.

JW: In some of these situations, the original fight needs to happen all over again from scratch, to be reignited.

KI: Can I ask why you chose farmers as representative of the labour force?

At the same time, we can say that food and water are the most basic things, and the struggles around them probably have a more fundamental quality than struggles around social media [for instance]. It also had something to do with The Grapes of Wrath by John Steinbeck, a cliche of a certain generation of American literature, and I wondered how I might take these things that are mainly discredited for me, and bring them back into the present so that they might be of interest again.

KI: You mentioned in an interview with the Rusty Toque that David Graeber’s book Debt: The First 5,000 Years influenced your book. At one point, Graeber states, “The value of a unit of currency is not the measure of the value of an object, but the measure of one’s trust in other human beings.” This quote struck me in relation to your book considering the lack of trust between characters. Would you say that this reflects the state of our contemporary moment?

JW: In response to the Graeber quote, I would probably say something like, I don’t really believe in money. There are billions and billions of dollars in offshore accounts, these kinds of things that become very clear when you read the Panama Papers. That money is nothing; I mean, what is it? It’s numbers in a computer. It’s a scam. It’s a game, often with little direct reference to reality. And it represents power, and it ruins people lives. I don’t trust that those people playing that game are doing anything of value for society, for culture.

KI: It seems that Rich and Poor takes capitalism—both abstract and overwhelming—and relates it to two characters. Things get personal as it’s brought to the level of very human conditions.

JW: At the same time, they are not real people and it is a fable. I tried to keep a tension alive between the more metaphoric or analogous ethics of the book and the more human-based character ethics.

KI: I’m wondering about the role of poetry in the book. Does poetry somehow carry its own characteristics of resistance within this story?

JW: I think the distance between business and poetry is maybe greatest—the thing that you make the most money at versus the thing you make the least money at—and when you put them together, there is a lot of paradox and tension and, in a way, I’d say, humour.

Poetry means a lot of different things to me. I am a writer and I work in words, so of course poetry is the purest, least capitalist form of working in words.

But then, also, a lot of the poetry communities that I have been a part of have had infighting that is really amazing to me considering how little is at stake.

Karina Irvine is an art writer based in Vancouver and a former intern at Canadian Art.