The Toronto artist’s uncanny figurative sculpture heads into new territory in his Venice showing: the art-historical past

The last five years have been a time of change for Toronto sculptor Evan Penny, whose figurative works have fascinated audiences for decades. Coming off the heels of his large “Evan Penny: Re Figured” exhibition, which was shown in Germany, Italy, Austria and Canada, the artist (who trained at the Alberta College of Art and Design) began to leave behind a period of his work that focused on the role of photography in mediating our sense of ourselves and others.

“The years in between have been the kind of time of letting go, dismantling,” Penny told me earlier this year when we met in his Toronto studio, where he was beginning to pack up his newest work for display in Venice at the Chiesa San Samuele, a church near the Grand Canal. “Casting about, mostly unsuccessfully, trying to figure out where to go next.” 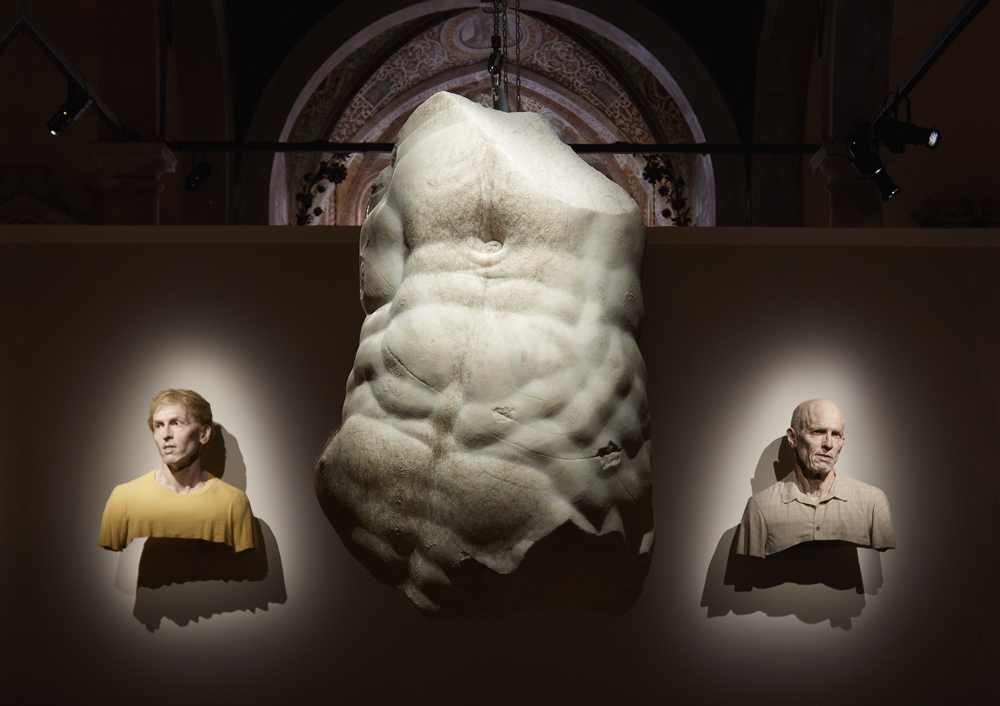 Where to go next, as it turns out, is to the past. For his most recent pieces, the South African–born artist looks to touchstone moments of Western art history, and begins to engage and alter the bodies that appear in this canon.

“The new work has art history and the history of images as its starting point,” he says. “So, in a way it is broader, larger than photography, but it’s the same kind of dynamic, where now I’m situating the sculpture somewhere between that historic framework, which includes photography, and our bodies, our physical bodily response, or our immediate emotional response to objects or experiences.”

The results go on view this week in an exhibition curated by Michael Short, and supported by Trépanier Baer, the Art Gallery of Alberta and the Curia Patriarcale di Venezia. Titled “Evan Penny: Ask Your Body,” the exhibition will run from May through to November, in parallel with the Venice Biennale.

Within the Chiesa San Samuele, the eight works by Penny are dramatically spotlit, seemingly emerging from the dark, 17th-century interior. A number of the pieces could pass as classical sculpture upon a quick glance, but closer inspection reveals uncanny moments when Penny’s materials, such as pigmented silicone and small pieces of hair, suggest that these sculptures are not marble or flesh, but something else instead. 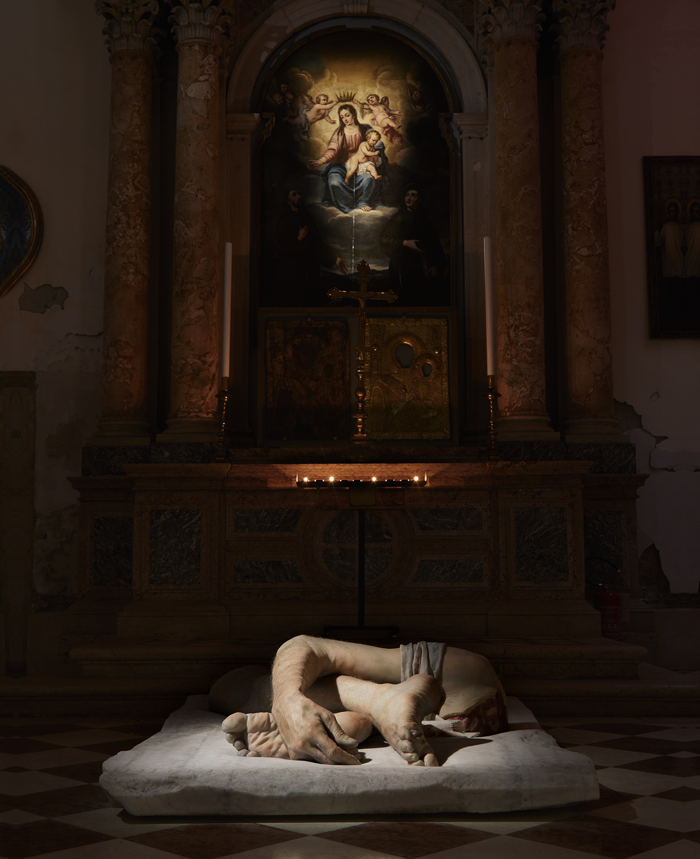 Take Self Portrait after Géricault’s Fragments Anatomiques, which sits on a base, seemingly made of marble, beneath the church’s altar, which features a historic painting of the Virgin Mary. Based on Théodore Géricault’s Study of Truncated Limbs, the oversized arm and legs could possibly be a fragment of Roman statuary, but the flesh colour of the body parts make this unlikely—and the slightly gruesome details, including visible tendons, blood and light hair covering the forearms, confirm the impossibility.

Other works take art historical reference points but distort them entirely. Homage to Holbein Variation #2 begins with the Northern Renaissance artist’s The Body of the Dead Christ in the Tomb. Made between 1520 and 1522, Holbein’s depiction elongates Jesus Christ’s body, rendering a notably human image of suffering. But Penny’s version takes this distortion even further, so that the piece seems like an anamorphic image (similar to the skull in Holbein’s The Ambassadors), but there’s no angle that will put the body into a more life-like perspective. Instead, visitors to the church are invited to sit and rest in front of the body on a bench that Penny created to match the work’s extended width. 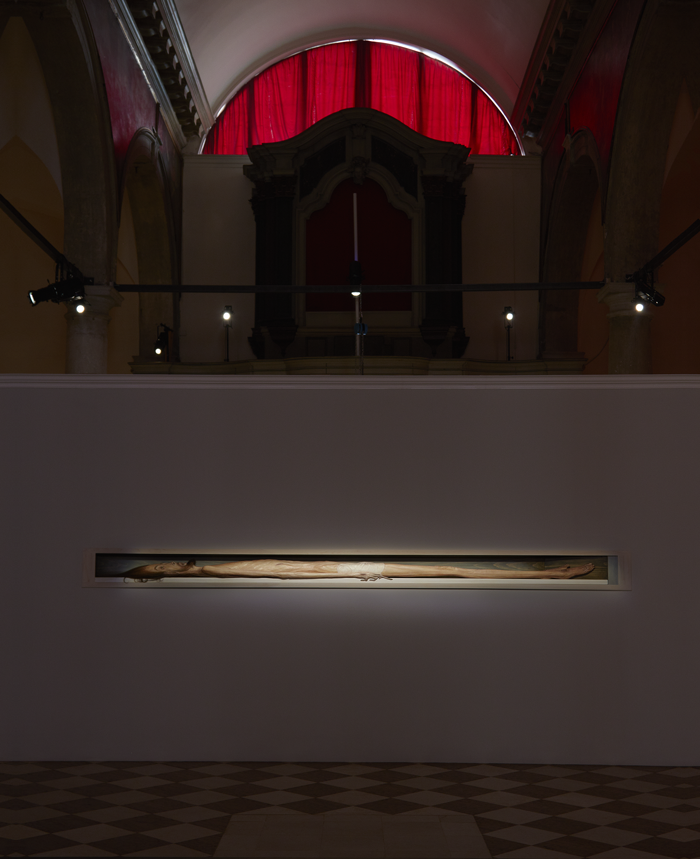 These experimentations with art history offer such an eerie re-visitation of the canon, it seems surprising that this is the first time Penny has overtly worked with such well-known reference points.

But, for Penny, the timing never felt right—until now.

“Right from the very beginning and with every shift in the work I was trying to resolve the question of: How do you be a figurative sculptor and a contemporary artist at the same time, given that figurative sculpture is so implicitly identified with a pre-Modern context? I had always seen that connection to art history, but it was not productive for me to engage it. Because the weight of history was just too much. So, the fact that I’m doing it now goes against that really basic understanding of mine that it’s not that productive for me to make references to art history. But, that art historical aspect is simply there, right?”

And so, in the Venice showing, surrounded by both some of the greatest works of historic and contemporary art, Penny begins to embrace the aspect of his work that has always been hidden just below the surface. “This is a moment where I’m hoping I’ve got enough under my belt and enough experience that I can work with art history, and still insist on keeping this work relevant to the present moment.” 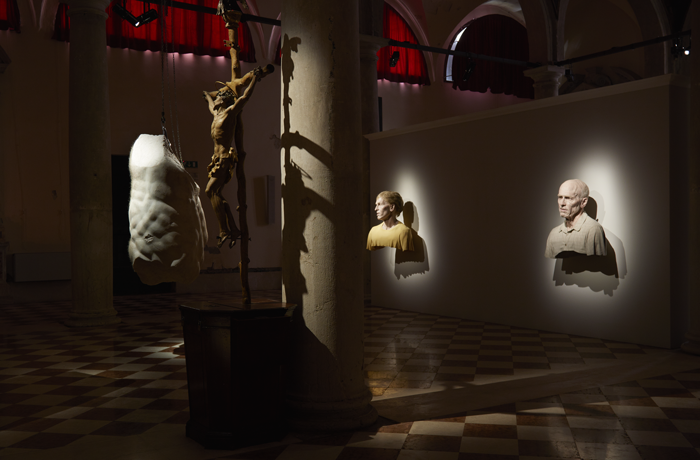 This article was clarified on May 9, 2017. The original article did not explicitly note the support of Trépanier Baer in regards to “Evan Penny: Ask Your Body.”