In fall 2019, the first Toronto Biennial of Art will spread itself along the city’s oft-neglected waterfront, with hopes to fight transient curatorial whims of the global biennial form 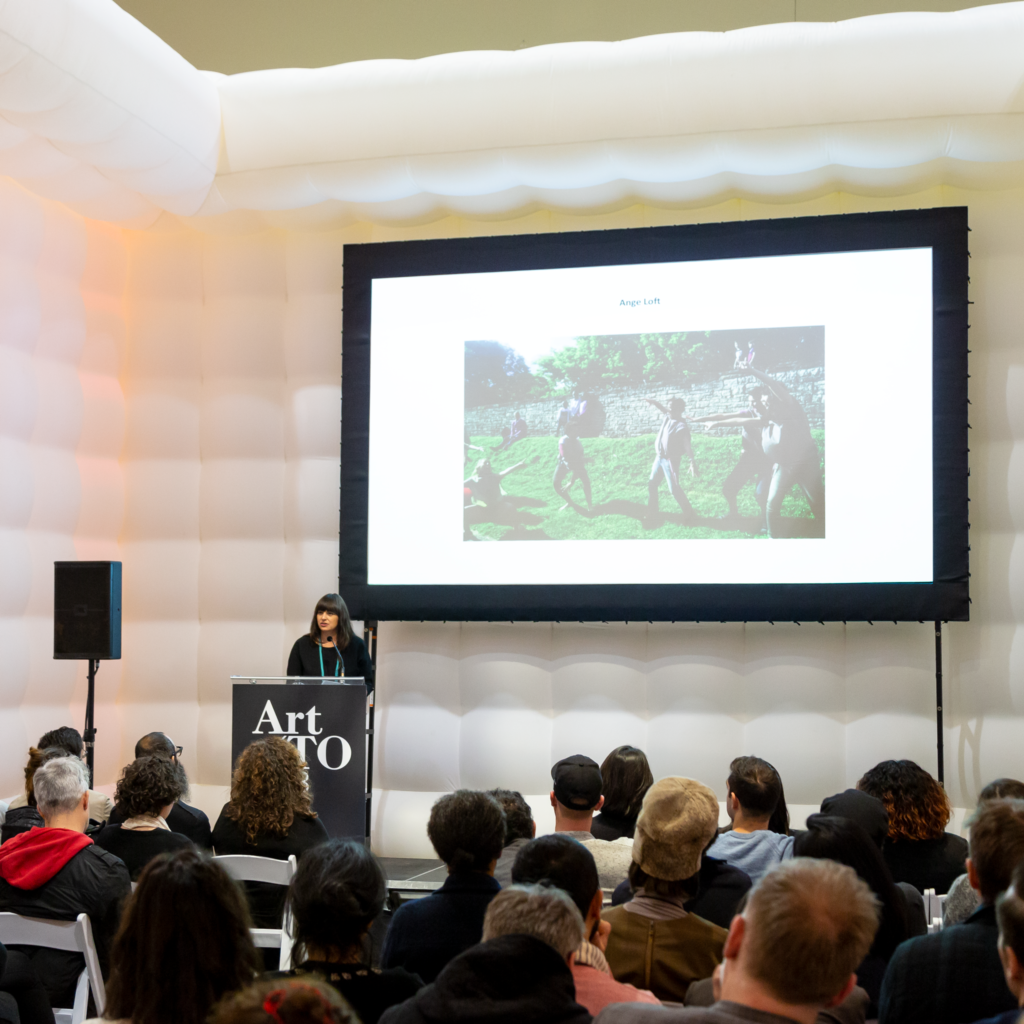 The inaugural Toronto Biennial of Art has announced its preliminary list of commissioned artists. The announcement was made on Sunday afternoon during an in-depth presentation at Art Toronto that delved into the research, aims and general strategy of the biennial so far.

Curators for the biennial, and commissioning these projects, are Candice Hopkins and Tairone Bastien.

“I hope people will see the research and thinking that has gone into the project already,” says director of programs Ilana Shamoon. Rather than starting with a curatorial premise at the outset a few years ago, for instance, the biennial chose to focus first on educational strategies, and grow programming out of that. “I have a curatorial background,” says Shamoon, “and I was really inspired and excited by the idea of looking at education and responding to education.”

Another different tack the Toronto Biennial of Art has taken, compared to many other international biennials, is to draw visiting curators’ attention to the intricacies of the land and its meanings prior to selecting artists for the event. As part of an onboarding framework provided to the curators, artist and educator Ange Loft prepared information about Indigenous contexts of Toronto from pre-contact to post-contact and looking forward.

“We wanted to avoid this ‘parachuting in and out’ effect that a lot of biennials have,” says Shamoon. “We wanted to make something really connected to the city, even though it’s a really outward-facing and international biennial.”

The Toronto waterfront will provide the main location for many of the planned artist projects and commissions. Among the partner sites listed in a map on display at Art Toronto were the Small Arms Inspection Building in Mississauga, Ontario Place and Harbourfront Centre on the Toronto lakeshore, Artscape Gibraltar Point on the Toronto Islands, Union Station a few blocks inland of the water and Evergreen, which activates spaces along the Don River, including where the river links to the lake.

“We are a waterfront city,” says Shamoon, who programmed public art projects in the waterfront area before joining the biennial. “I think we forget that sometimes, though. Sometimes we think of the waterfront as a pocketed space—like Harbourfront or the Beaches—but it doesn’t often occur to Torontonians to traverse the waterfront from one end to the next.”

The presence of water also resonates, interestingly, with several established biennials internationally. “We also thought about the role of water historically in other biennials, whether it’s Venice or Istanbul or Sydney or Liverpool,” Shamoon says. “In Toronto, there is such a diversity of [waterside] spaces: established institutional spaces like the Power Plant at Harbourfront, and then industrial spaces in the Port Lands. There seems to be a lot we could do.”

And while the waterfront can feel hard, sometimes, for Torontonians to reach, once they get there all venues for the biennial will be free to enter. “The idea is that the biennial is fully accessible,” says Shamoon. “It is a free event. Not a ticketed event. We want to attract as many people as possible, and we want people to come back and see works a few different times.”

Roughly 40 artists in total are expected to be in the biennial, which will open September 21, 2019, and run for 90 days. A mix of commissioned and existing works will be on view. More artist announcements are expected in January or February 2019.

This article was corrected on November 1, 2018. The originally incorrectly spelled “Rungjang” as “Rungjan.”