Plus: part of a Dalí sculpture has gone missing in Vancouver 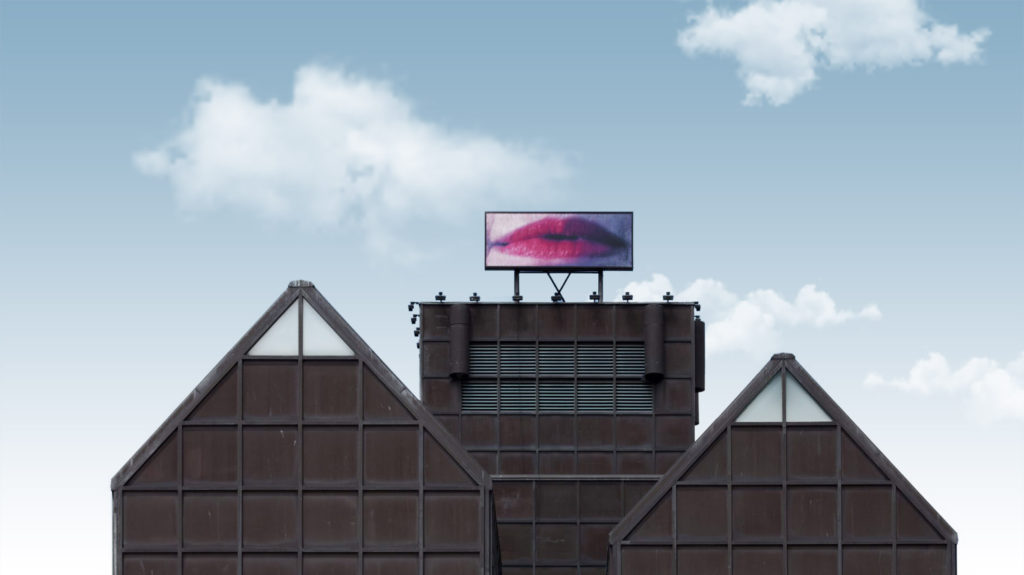 Renovation delays ripple outward at MAC Montreal. “On June 20, five months after closing its doors to prepare for a $44.7-million renovation, the Musée d’art contemporain de Montréal reopened a building that hasn’t changed in the least little bit. Unanticipated problems put the brakes on construction, which was to have begun this summer. Instead of exhibiting off-site until 2021, as originally planned, the MAC will stay home until further notice.” And the Darling Foundry, which was supposed to have host MAC programs in the interim, was left in the lurch. (Globe and Mail)

A major work by Rafael Lozano-Hemmer—about real-estate marketing, and previously exhibited at the Venice Biennale—has been acquired by the Montreal Museum of Fine Arts. “At night, [Lozano-Hemmer] toured the streets of Linz, Austria, in a 12-tonne truck equipped with a powerful 110,000-lumen projector capable of casting images up to 70 metres high,” says a release about 1,000 Platitudes (2003). “With his team, he projected gigantic letters onto churches, banks, apartment blocks, stores and shopping centres, and then captured the letters in photographs. With this alphabet, the artist pieced together words from slogans used to sell the development projects of promoters and real estate investors—hollow and deceptive terms he calls ‘platitudes.’ Some of the words include ‘meaningful,’ ‘jolly,’ ‘glowing,’ ‘spectacular’ and ‘magic.’” (press release)

Operating grants will be reduced and five granting programs will not be accepting applications this year following provincial funding cuts to the Ontario Arts Council. The budget for the OAC had, for most of 2018, been projected to be at $70 million in 2019–20. But, following the Ontario provincial budget release this spring, it is actually $60 million. As a result, grant recipients received notices this week that each operating grant for arts organizations would be trimmed 8% as a result. Similarly, five grant programs—National and International Residency Projects, Ontario Dances, Publishing Organizations Projects, Theatre Training Projects and Travel Assistance: Ontario Contact/Contact Ontarois—will be shut down entirely. (via email and AMAPCEO)

On a related note, the upcoming Toronto Outdoor Art Fair will host Canadaland’s “Wag The Doug: Doug Ford vs. The Arts.” “With funding for music, visual arts, and libraries being slashed, this pop-up podcast discusses the premier of Ontario, the forces that drive him, and the consequences of his government actions,” says a release. “The deliberation will attempt to explore and explain the impacts of his policies of the arts and culture in Ontario and attempt to figure what art he actually likes.” The fair runs July 12 to 14 at Nathan Phillips Square in Toronto. (Toronto Outdoor Art Fair)

Nick Cave’s first Canadian solo show has arrived. “Nick Cave: Feat,” circulated by the Frist Art Museum in Nashville, opens at the Glenbow Museum in Calgary on June 29 and continues until September 22. “The exhibition is intended as a mini-survey of a rich career that has encompassed performance art, video, dance, fashion and sculpture in equal measure.” (Glenbow Museum)

The Sonnabend Collection is coming to Canada. On October 5 the exhibition “The Sonnabend Collection” opens at Remai Modern, featuring more than 100 pieces by 68 artists, including works by Roy Lichtenstein, Andy Warhol, Jeff Koons and Candida Höfer. According to releases, it will be the largest showing of international modern and contemporary art ever in Saskatchewan, the collection’s first exposure in Canada and its most comprehensive presentation to date in North America. (Remai Modern)

The Canada Council has launched a new program with the CBC called the Creation Accelerator. “The Canada Council for the Arts and CBC/Radio-Canada are teaming up to offer The Creation Accelerator, an exciting opportunity for Canadian artists to develop an original concept and create a digital project for potential distribution on CBC/Radio-Canada’s platforms,” says a release. “Pitch your idea for a podcast, web series, short doc, sound art, digital graphic novel, experimental dance video, animation, and more.” (Canada Council)

The contested Rodman Hall Arts Centre in St. Catharines now has a new board, which hopes to preserve “the region’s premier public art museum” following worries about Brock University closing it. “Rodman Hall Art Centre Inc. is a community-based not-for-profit corporation whose first order of business is to develop a phased transition plan with Brock University to return the public art gallery back into community hands,” says a release. “This initiative is a constructive response to Brock University’s goal to reduce their financial obligation for the art museum.” The new board’s members are Jean Bridge, Ken Lucyshyn, Reinhard Reitzenstein, Darren Schmahl, Shawn Tylee and Peter Vietgen. (emailed release)

Canadians are on the Frieze London list. Gallerist Cooper Cole of Toronto is headed to the Focus section of the fall fair, and works by General Idea will be featured in the Spotlight section by Zurich gallery Mai 36 Galerie. (Artnews)

Jan Allen is retiring from her post as director of the Agnes Etherington Art Centre in Kingston. The decision is effective January 1, 2020. Allen became acting director in 2012 and director in 2014. She began with the gallery in 1992. In the coming months, “Allen will remain active with the opening of the new Franks Gallery; advancing plans for facility development and digital renewal; launching a new graduate program in Screen Cultures and Curatorial Studies with Queen’s Department of Film and Media; and assisting the leadership transition,” says a release. (press release)

A piece of Dali sculpture has been stolen in Vancouver. “The sculpture is one of eight editions of Space Venus made by Dali and showcases his signature melting clock motif,” reports the CBC. The sculpture was on display at East Hastings and Hornby Streets. “It was a significant acquisition for the Chali-Rosso Art Gallery, a private gallery in downtown Vancouver where [Susanna] Strem is the owner and curator. The sculpture was meant to be exhibited until October.” (CBC)