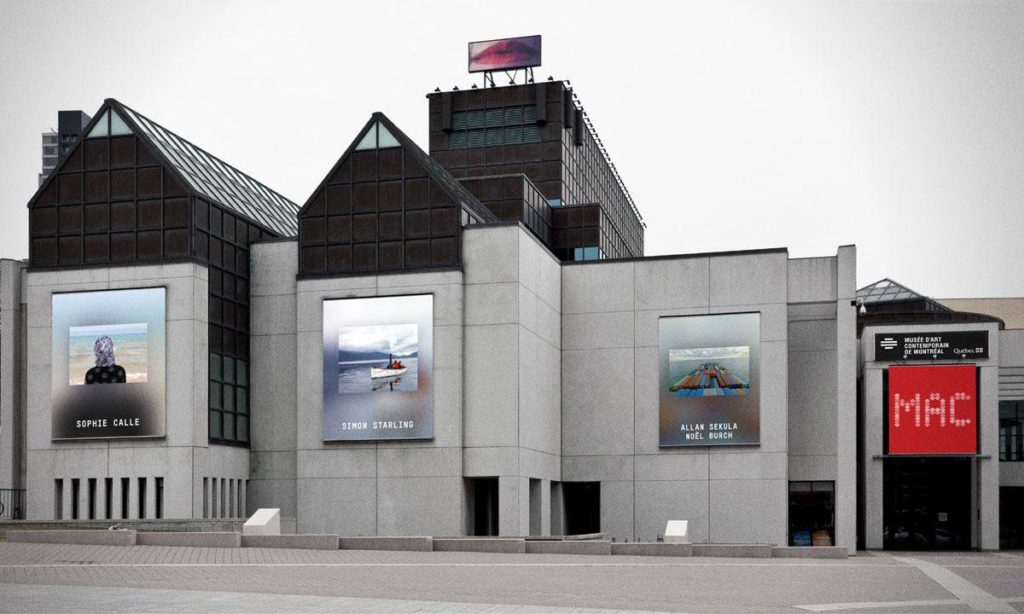 The red lips of Geneviève Cadieux's La Voie Lactée have been displayed on top of the Musée d'art contemporain de Montréal for many years, acting as a public art landmark. More recently, a mosaic version was installed in a Paris subway station, and the image became a Canada Post stamp. Photo: Twitter / MAC.

Geneviève Cadieux is the winner of the 2018 Prix Paul-Émile Borduas. The $30,000 award will be officially presented to Cadieux tomorrow, November 21, in a ceremony at the Quebec parliament. The award recognizes Cadieux’s achievements, over her 40-year career, in photography and contemporary art.

“I first trained in painting at the University of Ottawa, but my practice crystallized around photography,” Cadieux said in a release. She went on to become the first woman artist to represent Canada solo at the Venice Biennale. That happened in 1990. Along the way before and after, her work has been included in more than 150 exhibitions around the world, including at Tate in London and Centre Pompidou in Paris.

“Venice was a turning point in my career,” Cadieux has said. “There was a growing interest in installation, in contemporary photography, and in women’s perspectives. My work therefore became visible quite rapidly, and the invitations multiplied.”

During her childhood in Ottawa, Cadieux’s father owned a repertory cinema in the city, so perhaps it is not a surprise that her imagery is often characterized as cinematic in nature. One of these cinematic images—1992’s La Voie Lactée, a large billboard-style image of red lips—has been on display for many years outdoors on the roof of the Musée d’art contemporain de Montréal. It is one of her best-known works, and a public art landmark. In more recent years, a mosaic version of the image, titled La Voix Lactée, has been installed in the Paris Metro. In 2015, the image also was used on a Canada Post stamp.

Cadieux’s work has also been recognized in the past with a MAC retrospective in 1993 and a Governor General’s Award in 2011, among other accolades. She currently teaches in the Faculty of Fine Arts at Concordia University.

The Prix Paul-Émile Borduas has been awarded annually since 1977 for an individual’s work in visual art. Past recipients in recent years include Jana Sterbak, Rita Letendre and Dominique Blain.

The award decision this year was made by a jury comprising Eveline Boulva, Dominique Blain, Pascale Girardin, Michel de Broin and Rober Racine.