Plus: Sarah Milroy and other arts figures join the Order of Canada, and a new group confronts racism in Alberta’s creative sector 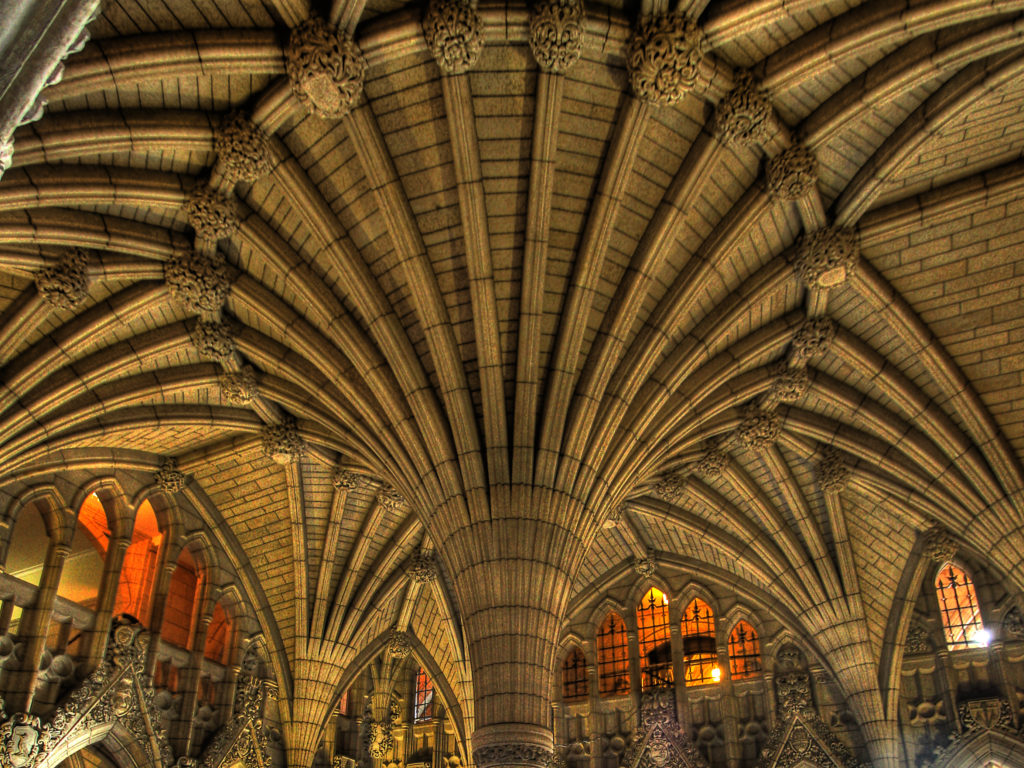 A view of the House of Commons rotunda ceiling in Ottawa. Photo: Paul Gorbould via Flickr. CC BY-ND 2.0.

Curator and critic Sarah Milroy, who is former editor and publisher of Canadian Art joins the Order of Canada, alongside other arts figures. Milroy is currently chief curator of the McMichael Canadian Art Collection. Also honoured were John R. Lacey, founder of the Lacey Prize for artist-run centres; Menka Nagrani, founder of Des Pieds Des Mains, a performance company including people with disabilities; and Lara St. John, an internationally recognized violinist.

Federal government promises $181.5 million for arts in the fall economic update. “Cultural and recreation industries, which employ hundreds of thousands of Canadians, have been particularly hard hit by the pandemic, being among the first to shut down and likely among the last to return to regular activities,” says the fall economic statement issued on November 30. It includes proposed investments of $181.5 million in 2021–22 to the Department of Canadian Heritage and the Canada Council for the Arts “to support the planning and presentation of COVID-19-safe events and the arts—including both live and digital—and to provide work opportunities in these sectors.”

A new group is facing down racism and inequality in Alberta’s creative sector. “Creatives Empowered launched late November. It’s a collective of Alberta-based artists and creatives who are Black, Indigenous and People of Colour (BIPOC) who empower each other as an allied community,” CTV News reports.

Quebec City has inaugurated a memorial to the victims of the 2017 mosque shooting. “The commemorative work designed by artist Luce Pelletier is located near the Islamic Cultural Centre of Quebec, in the city’s Ste-Foy district,” Canadian Press/CTV News reports. “Family members of the six victims—Mamadou Tanou Barry, Ibrahima Barry, Khaled Belkacemi, Abdelkrim Hassane, Azzeddine Soufiane and Aboubaker Thabti—as well as some survivors were present for the unveiling” on Tuesday.

Expressions of interest for public art monuments honouring Indigenous and LGBTQ2+ communities released. The Gardiner Museum in Toronto is commissioning “a new permanent public artwork to honour the ongoing Indigenous presence on Turtle Island,” says a call for expressions of interest, with an advisory group “chaired by Gardiner board member Kent Monkman and comprised of local Indigenous community members.” A call for design teams for a LGBTQ2+ monument in Ottawa was announced: “this monument will be a place where visitors can learn about the historical discrimination against LGBTQ2+ people in Canada, including those who suffered and continue to suffer due to the LGBT Purge that took place between the 1950s and the 1990s.”

Henry Kim is stepping down as director and CEO of the Aga Khan Museum. Says an emailed release, Kim “joined the Museum in June 2012 and was instrumental in overseeing not only the completion of the building of the Museum, but also in building the professional team that conceived and developed its diverse and substantial programming.” Ulrike Al-Khamis, director of collections and public programs, has been named the Museum’s interim director and CEO.

Fall auctions are adapting to the second wave COVID-19 restrictions.  The major auctions that take place in Toronto this month—Heffel on December 2, Cowley Abbott on December 3 and Waddington’s from December 5 to 10—are offering virtual consultations and tours and, where applicable, expanded telephone and absentee bidding and live-streaming.