The Art Gallery of Ontario bought works by both artists on opening night; here’s a roundup of some of the other acquisitions made at the fair 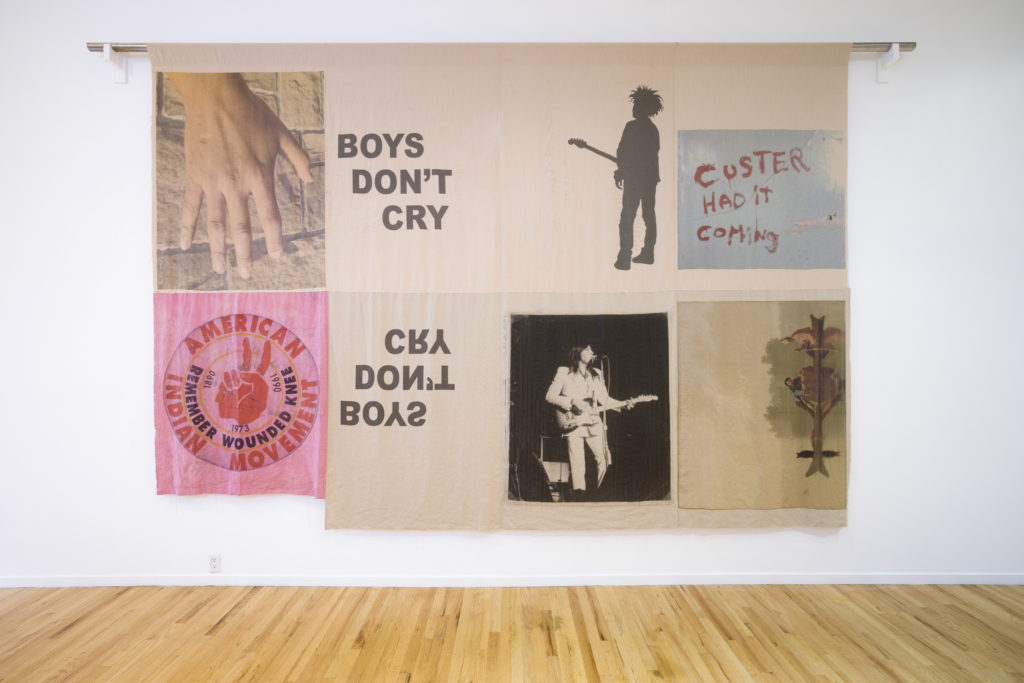 A variety of sales and acquisitions were made at Art Toronto—Canada’s largest modern and contemporary art fair—this weekend.

Duane Linklater’s boys don’t cry (2017) is a 15-foot-wide textile work made of six hand-dyed panels. It was brought to the fair by Catriona Jeffries of Vancouver. Rajni Perera’s mixed-media work Fresh Air (2019) is the first work by this artist in the AGO collection, and it was acquired from Toronto’s Patel Gallery. Celia Perrin Sidarous’s photograph Assemblage en blue (Sphinx) (2019), acquired at the booth of Parisian Laundry of Montreal, is the third work by Perrin Sidarous to be acquired by the AGO. 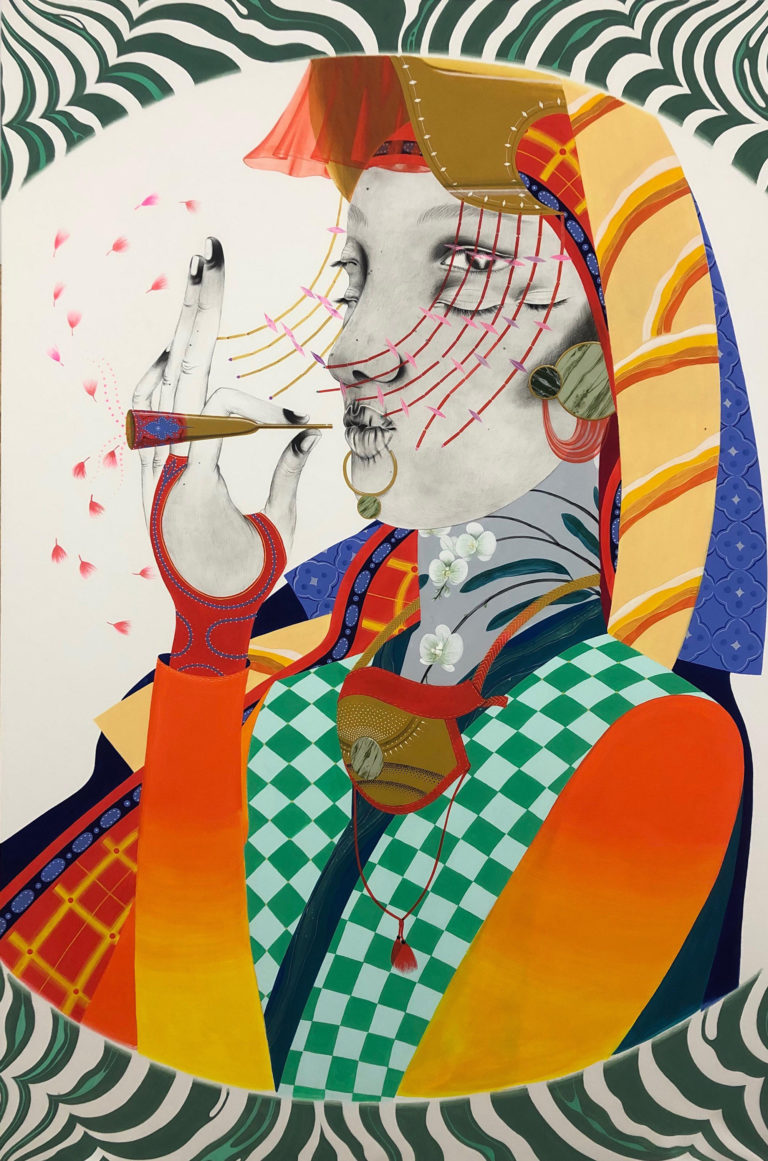 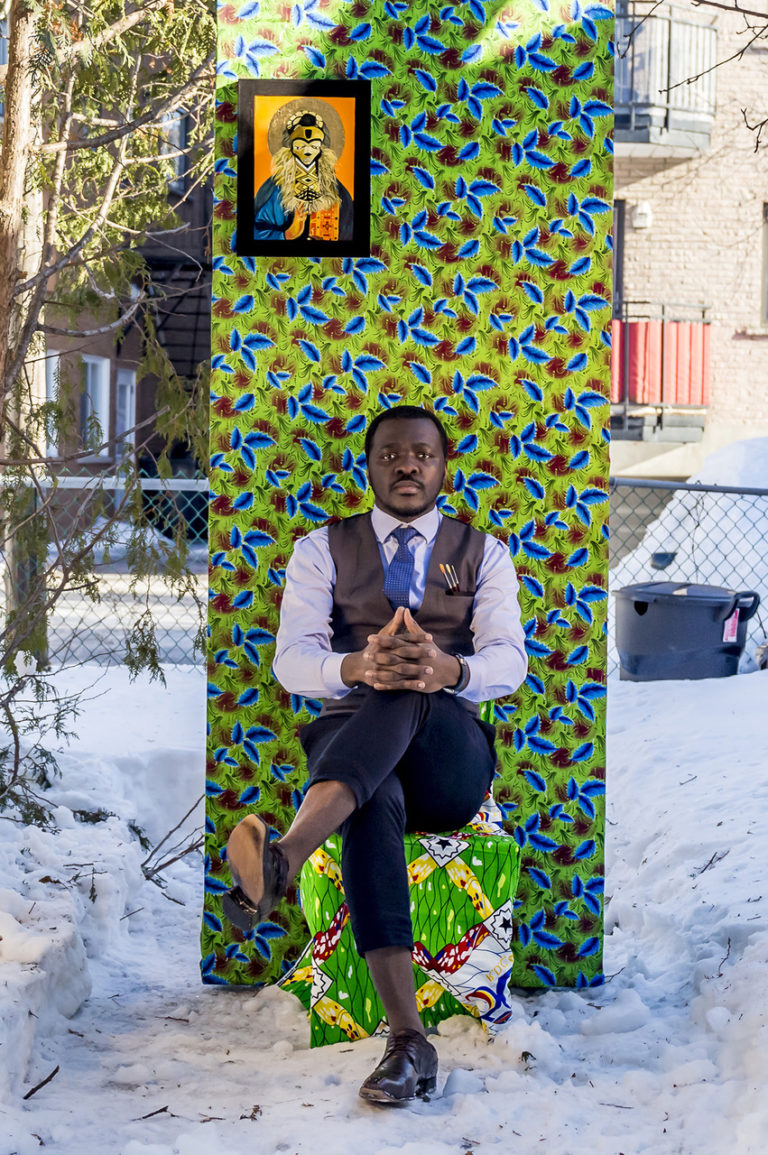 Other significant purchases were made by representatives of national corporate collections.

RBC corporate collection curators acquired Daydreaming about Icefishing by Darcie Bernhardt, an emerging artist from Tuktoyaktuk who is just in the process of completing her BFA at NSCAD University. Bernhardt’s work was presented at the fair by the non-profit charity Inuit Art Foundation.

Canadian Art also reached out to a variety of dealers for sales information.

Galerie Hugues Charbonneau of Montreal reported that art patron Andrew Dunn acquired Three Prototype Bags with Jingle Sach by Maria Hupfield, as well as an installation and video piece that will be on display at Hupfield’s upcoming solo show at the Heard Museum in Phoenix. Charbonneau also said that BMO acquired the photograph Authentique #2 by Moridja Kitenge Banza, the Montreal artist and curator who won first prize at the Dakar Bienniale in 2010. Torys LLP also acquired Alain Paiement’s large photomontage Masses / Particules, an artwork made of 11,000 image fragments representing crowds taken from all continents at mass demonstrations, festivities and sports events. 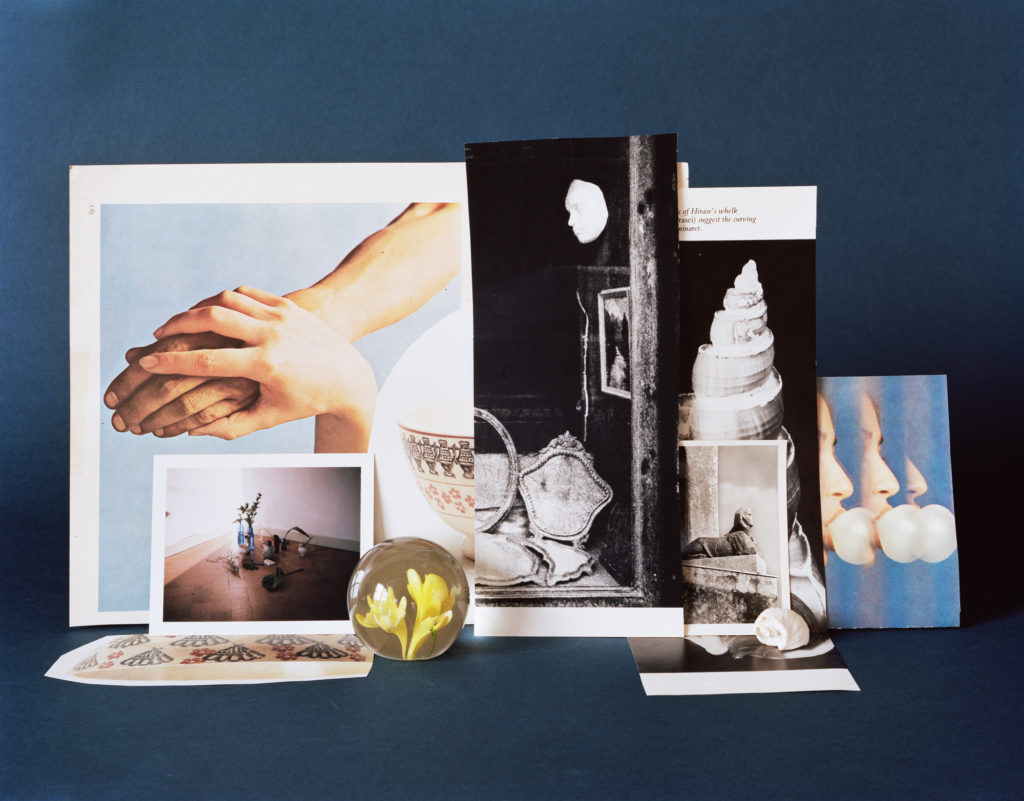 Jarvis Hall Gallery of Calgary sold out of all the works by Montreal painter Corri-Lynn Tetz that it had brought to the fair. It also sold paintings by Mark Dicey, multiple mixed-media works by current Sobey Art Award finalist Kablusiak and porcelain sculptures by Yvonne Mullock. It was Kablusiak’s and Mullock’s first time showing at Art Toronto.

This article was corrected on October 30, 2019. The original copy suggested that TD had purchased a Lise Beaudry photo-sculpture from Pierre-François Ouellette art contemporain. In fact, it was a photograph that was purchased.