That’s what the latest StatsCan data shows, and it’s more than the national impact of accommodation and food services. It’s also eight times more than sports 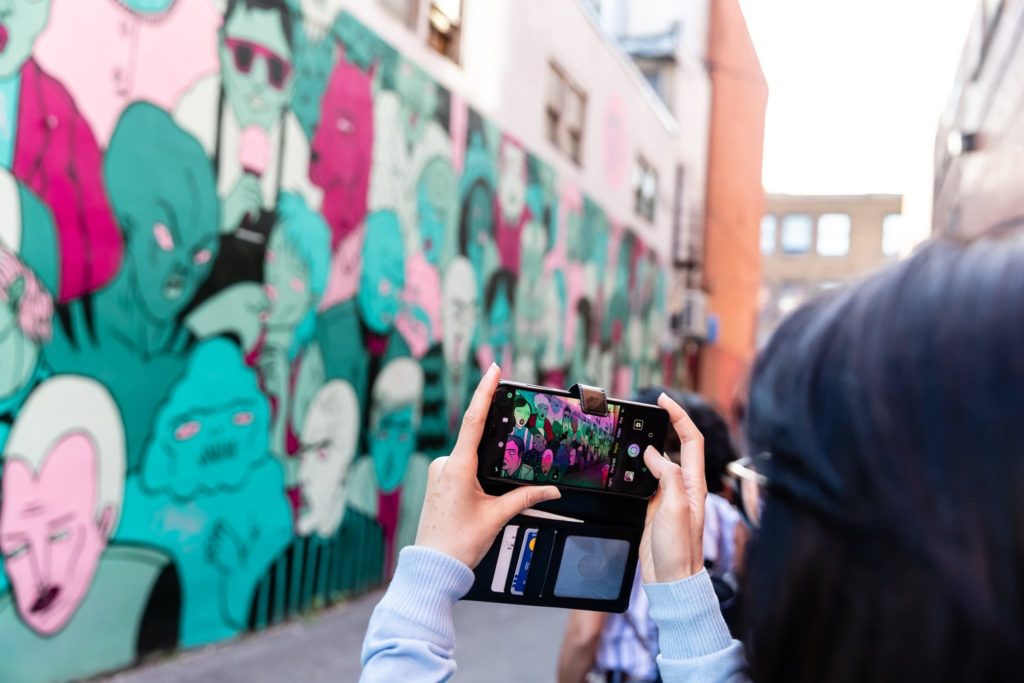 View from a guided tour of the latest Mural Festival in Montreal. That festival is one of hundreds across Canada supporting our cultural scene.

Numbers released this spring by Statistics Canada indicate that the direct economic impact of culture industries was $58.9 billion in Canada in 2017.

And there’s more of note in a summary of the StatsCan data recently released by Hill Strategies’ Arts Research Monitor.

According to the latest numbers, overall economic impact of the culture industries outpaces that of agriculture, forestry, fishing and hunting ($39 billion), accommodation and food services ($46 billion) and utilities ($46 billion). (At least in 2017.)

According to the StatsCan data, the culture industries also have eight times more economic impact than what is provided by sports. StatsCan says the direct economic impact of sports industries was $7.3 billion in 2017, compared to nearly $59 billion for culture.

The number of jobs in the culture industries, according to StatsCan, is also almost six times larger than in the sports industries—715,400 compared to 125,500.

But in terms of per capita impacts, Nunavut came out on top: the GDP impacts of the culture industries there were listed at $2,055 per capita, as opposed to $1,896 per capita for Ontario.

More information is available in the Arts Research Monitor.