Canadian Artist Cancels US Show After Curator Laid Off 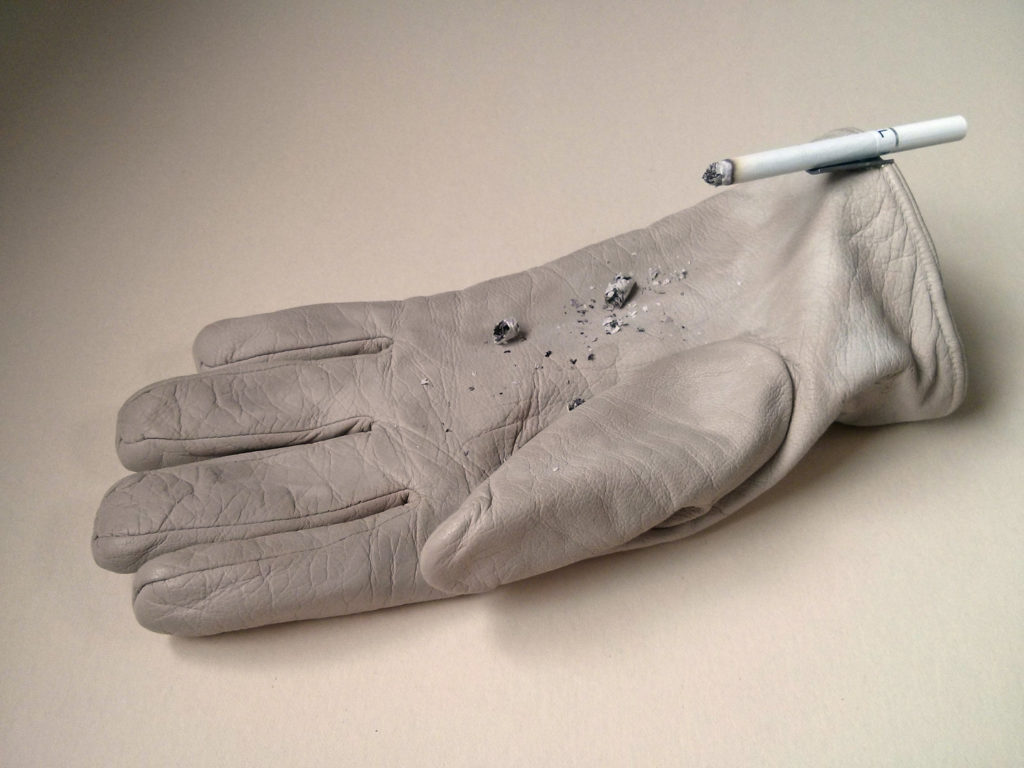 Liz Magor's Leather Palm (2019) was one of the key promotional images distributed for her exhibition “TIMESHARE.” Courtesy of the artist and Catriona Jeffries, Vancouver.

Magor decided to take that rare step due to labour issues and pursuant conversations at the art space called 500 Capp Street.

Magor opened her exhibition “TIMESHARE” at 500 Capp Street on June 21. On June 25, just a few days later, she says she received a text from head curator Bob Linder saying his position had been terminated. On June 27, Artnews reports, New York artist Matt Connors went public on Instagram with his decision to cancel his upcoming show at 500 Capp Street due to Linder’s layoff. And on June 28, Magor informed the board that she intended to terminate her current exhibition there.

“Obviously there’s a lack of understanding of the role that context plays in the exhibition of work,” Magor states in an email shared with Canadian Art. “Context begins with a curator and artist working together and then it’s maintained by curatorial oversight during the exhibition and strengthened by a coherent program of exhibitions. There’s no point exhibiting if an appropriate context isn’t in place.”

Magor says her decision to end the exhibition this Saturday, rather than on October 12 as originally planned, was influenced by the fact that 500 Capp Street board member Jock Reynolds told Artnews that too many visiting artists were showing there. This artspace was once the home of late artist David Ireland.

“Jock Reynolds suggested that many people in the community were becoming uncomfortable with the overshadowing and domination of David’s legacy by the artists invited to exhibit in the house,” Magor states. “So now, the context within which I undertook the exhibition is gone and I’m in a situation that could be seen as an unwelcome intrusion. That’s it. I’m out.”

In her June 28 letter to the board of 500 Capp Street, Magor elaborated her concerns further: “I undertook the project on the understanding that its exposure to the public would be under the auspices of an ongoing curatorial program which had the support of the Foundation’s Board. It turns out that this is far from the case.”

In her letter, Magor added: “I have been aware and in awe of David Ireland’s work for several decades and recognized it as a bold move to exhibit other artists in the house. However, without a vigorous and informed understanding of what David Ireland’s legacy entails and what it may tolerate any visiting artist could be seen as an invader, an unwelcome guest, not an admirer. I have heard nothing from anyone that there is a plan in place to prevent this view from developing. There is no one currently on the board or staff that has discussed my work and exhibition with me to even a slight degree of depth. Therefore the work is relegated to something to be kicked around in the context of a controversy. This is not a tolerable situation for me.”

According to San Francisco’s KQED, local artists have started a petition calling for the board at 500 Capp Street to be replaced. The petitioners believe that the board’s stated desire to pare back on visiting artist programs goes against David Ireland’s intent for the space.

“From all we’ve come to understand about David Ireland from our many visits to his home, tours, public programs, concerts, drag shows, lectures, artist talks, and dinners, we fear that David would be rolling in his grave knowing about the recent changes being made to his legacy,” says the petition. “It is shockingly disrespectful to let the head curator go two days after opening new exhibitions. How disrespectful to artists Liz Magor and Nina Canell.”

KQED also reports that local curator Jordan Stein has called for community members to join him at 500 Capp Street on July 6, now the final day of Liz Magor’s exhibition, “to salute Liz, Nina, Bob, Diego, and other staffers” and “show support for the type of commercial-free imagination that grows further endangered every afternoon around here.”

Magor’s work, represented by Susan Hobbs in Toronto, Catriona Jeffries in Vancouver and Andrew Kreps in New York, has been circulating internationally quite frequently of late. Recent exhibitions include the Renaissance Society in Chicago, the Carpenter Center for the Visual Arts in Cambridge, the Kunstverein in Hamburg and the Migros Museum in Zurich, among other venues.

News Roundup: Ken Lum’s Monument for East Vancouver May Be Moved, and More

City staff are studying whether this iconic public artwork should change location following building developments in the area. Plus: a cultural treasure is restored and a residency winner is announced 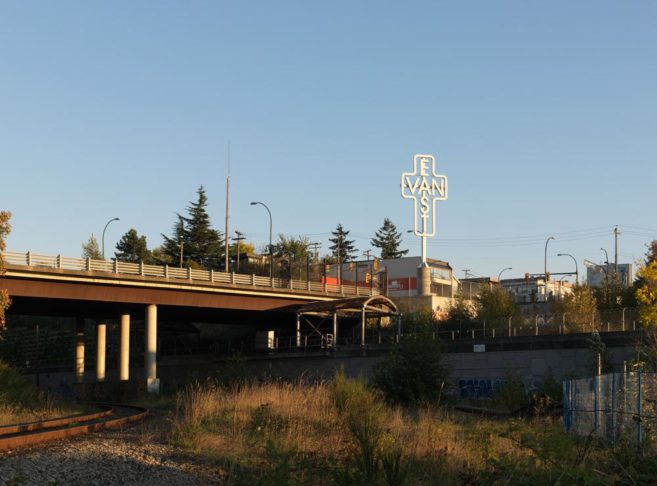