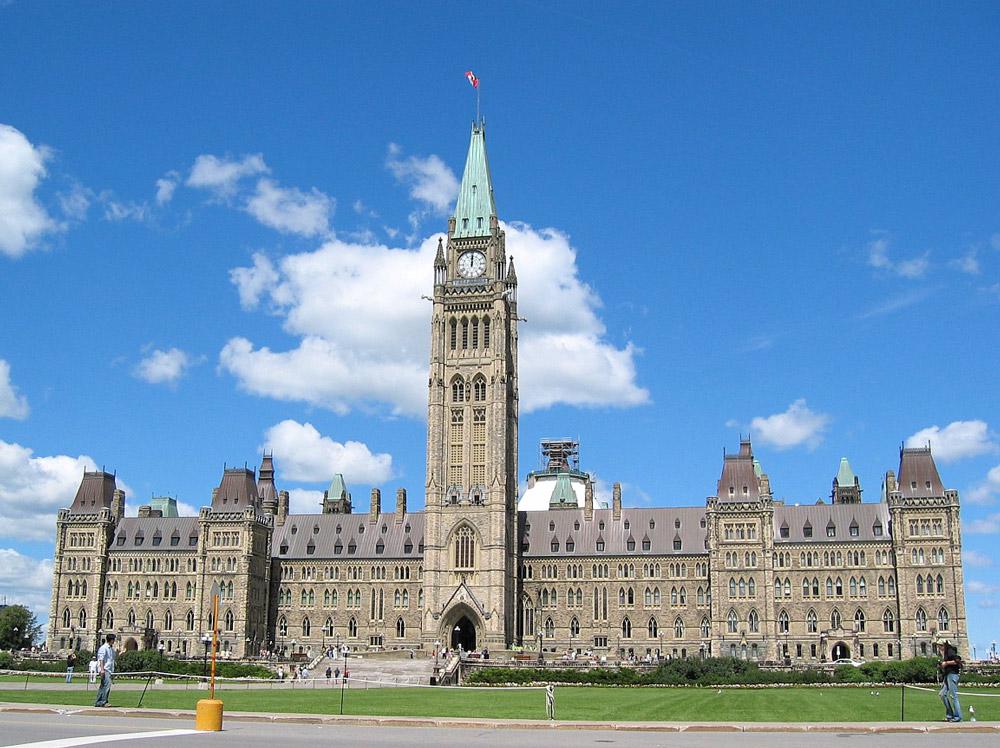 The Parliament buildings in Ottawa. Photo: Steven Dengler via Wikimedia

More sustainable museum funding systems. Simpler funding applications. A review and modernization of the National Museum Policy, last updated in 1990. And a study of the impact of admission fees on museum attendance.

These are just some of the recommendations a House of Commons committee has put to Canada’s federal government in a new report. Titled “Moving Forward – Towards A Stronger Canadian Museum Sector,” the report was extensively researched over the course of two years by the Standing Committee on Canadian Heritage. And during those years, the committee heard from dozens of museum leaders and experts, from Haida Gwaii to Halifax.

“Much of our work has shifted away from our mission as a museum to focus instead on finding new sources of funding,” said Pierre Wilson, director of the Musée des maîtres et artisans du Québec, in front of the committee. His colleague Joanne Watkins of the Fashion Museum echoed this experience, stating, “As long as we are struggling to find funding to fulfill our mandates, certain work won’t get done, and often, it’s the collections that suffer.”

Much of the feedback the committee heard, and detailed in this 47-page report, had to do with the fact that the bulk of federal government museum assistance in Canada focuses on projects rather than operations funding. Henry Kim, director and CEO of the Aga Khan Museum, told the committee that this type of project funding “do[es] not help with the planning of a museum in the long-term…It’s not growing a museum in its capacity or helping it fund itself in a long-term horizon.”

Current federal programs are out of date, seriously underfunded and do not meet the needs of today’s museums and galleries, say museum leaders.

What’s more, the federal funding is difficult to apply for, especially for smaller museums. “A lot of the museums just don’t bother applying [for federal grants] because it’s turned into a bureaucratic nightmare,” Bruce Bolton, president of the Canadian Federation of Friends of Museums, told the committee. As a result, the report’s first two recommendations urge the Department of Canadian Heritage to simplify the funding application process for museums, and suggest that the department “review funding streams for museums with the goal of establishing a more sustainable funding system.”

The committee also recommended that the Department of Canadian Heritage undertake a study on admission fees and their impacts on museum attendance after Gail Lord, co-founder and president of Lord Cultural Resources, stated that “the most inefficient way of raising money is through admission charges. Admission charges are costly to administer. They bring in only 10% to 12% of revenue, and they keep so many people away…the whole question of how we charge, and why we charge, and what we charge needs to be looked at.”

Some museum leaders also suggested another way of stabilizing funding that’s already used in the performing arts, but not yet enabled in the museum sector: an endowment-donation-matching program. “Expand the endowment-matching program of the Canada Cultural Investment Fund to include museums, since it currently principally covers performing arts organizations,” said Royal Ontario Museum director and CEO Josh Basseches at the committee hearings. “Donors are attracted to matching gift opportunities and will often give, or give more, if their gifts will be matched.” This and related feedback led “Moving Forward” to recommend that the Government of Canada include museums as eligible organizations for matching endowment funding.

Several witnesses before the committee expressed concern about current and foreseeable future crises around human resources, retaining talent and lack of job security among Canada’s museum staff. Nika Collison, executive director of the Haida Gwaii Museum, said that many positions are “grossly underpaid,” while Karen Bachmann, director of the Timmins Museum, confirmed that “most museums have lost or are losing their curators and experts.”

Succession issues also came up—with most large-museum directors in Canada now coming from abroad, and lots of younger talent heading overseas being identified as a problem. The Standing Committee also recommended that the Department of Canadian Heritage task the Canadian Conservation Institute with developing more training and mentorship programs, including ones like the UK’s Clore Leadership Programme and the United States’ Getty Leadership Institute, to retain and grow museum leadership skills in Canada.

But beyond “human infrastructure,” bricks-and-mortar physical infrastructure remained an urgent concern. “We know that about 72% of all the museums and galleries in Canada are 40 years old or more,” stated Cynthia White-Thornley, executive director of the Heritage Group at the Department of Canadian Heritage. “Many are starting to experience significant needs for upgrading of their infrastructure or for major repairs.” What’s more, “we don’t have a comprehensive survey of the physical state of all museums, nor of the state of all the artifacts.”

And in terms of digitization, the sector is also lagging severely. According to the report, less than two per cent of Canadian collections are currently digitized. Ottawa Art Gallery director and CEO Alexandra Badzak told the committee that copyright fees are an issue in this respect, and asked whether museums might one day enjoy the same copyright measures libraries do to facilitate digital sharing of collections. (In addition to Badzak, the art museum sector was also represented by comments from Heidi Reitmaier, executive director and CEO of the Museum of Contemporary Art Toronto, and Hank Bull, trustee of the Vancouver Art Gallery.)

Though some of the facts in the report are alarming, it was welcomed by the Canadian Museums Association as a way of moving the sector forward. “This Report is the most significant and historic milestone for Canadian museums since the National Museum Policy of 1972,” stated Jack Lohman, CMA Vice-President and Executive Director of the Royal BC Museum, in a release. (Also in recent weeks, the CMA requested a major increase of $85 million per year in federal programs that support museums. “These programs are out of date, seriously underfunded and do not meet the needs of today’s museums and galleries,” said John McAvity, CMA’s Executive Director.)

In total, the report “Moving Forward” makes 15 recommendations, all of which are summarized on pages one and two of the report. As for what’s next, Julie Dabrusin, chair of the committee, wrote, “Pursuant to Standing Order 109, the Committee requests that the government table a comprehensive response to this report.” The government has 120 days to respond.