Artists and Advocates Push for Universal Basic Income in Canada

Through an open letter, a petition and other forms of activism, artists and arts workers—like many others—are trying to see the advent of basic income soon 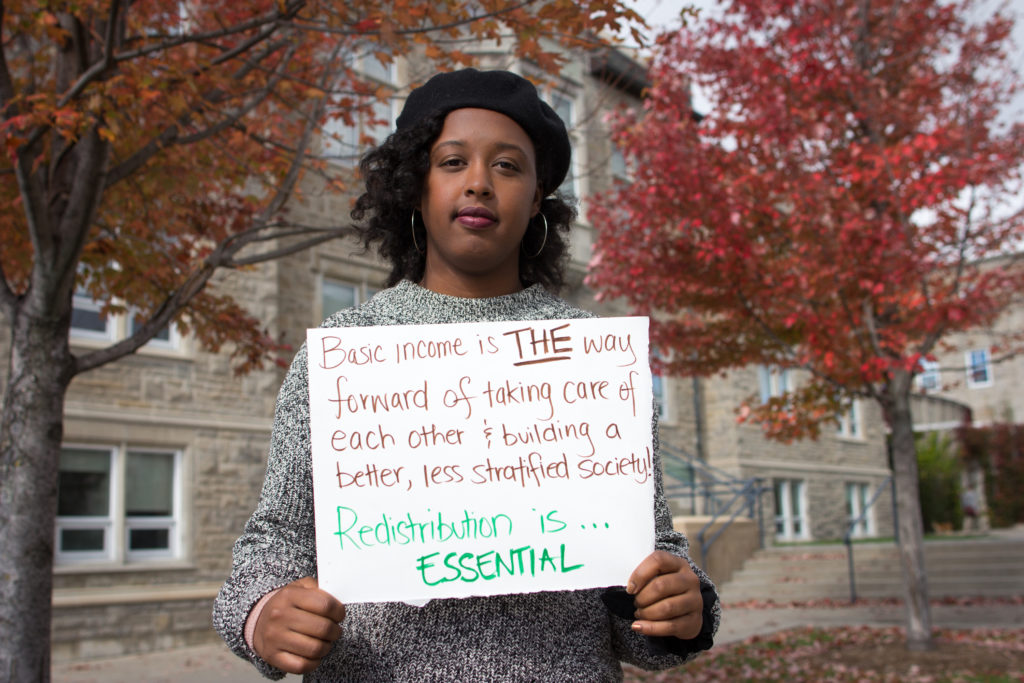 An image from photographer Jessie Golem’s Humans of Basic Income series. Golem created the series in 2018 after participating a basic income experiment in Ontario.

“We call upon the Government of Canada to ensure the financial well-being of all residents by implementing a permanent Basic Income Guarantee,” the letter states.

The letter speaks to the ways in which UBI would impact and be beneficial to artists and art workers, as well as general publics: “The gig economy is undermining decades of worker protections. As participants, many arts-and-culture-sector workers are subject to precarious short-term contracts, without access to benefits, paid sick leave, or even employment insurance. Today, the world of general labour is looking a lot like the way art labour has looked for decades.”

“Every year since the late 70s, I’ve been part of a growing movement of Ontario artists, campaigning for basic income, for a living wage,” says artist and letter signatory John Greyson in a related release. “Every year, we’ve combined this call with urgent demands for social justice, combatting racism, sexism, homophobia—because for all of us, these struggles are not just linked, but indivisible. In this moment of extraordinary insurrection, it’s time. Let’s march up the mountain, together.” 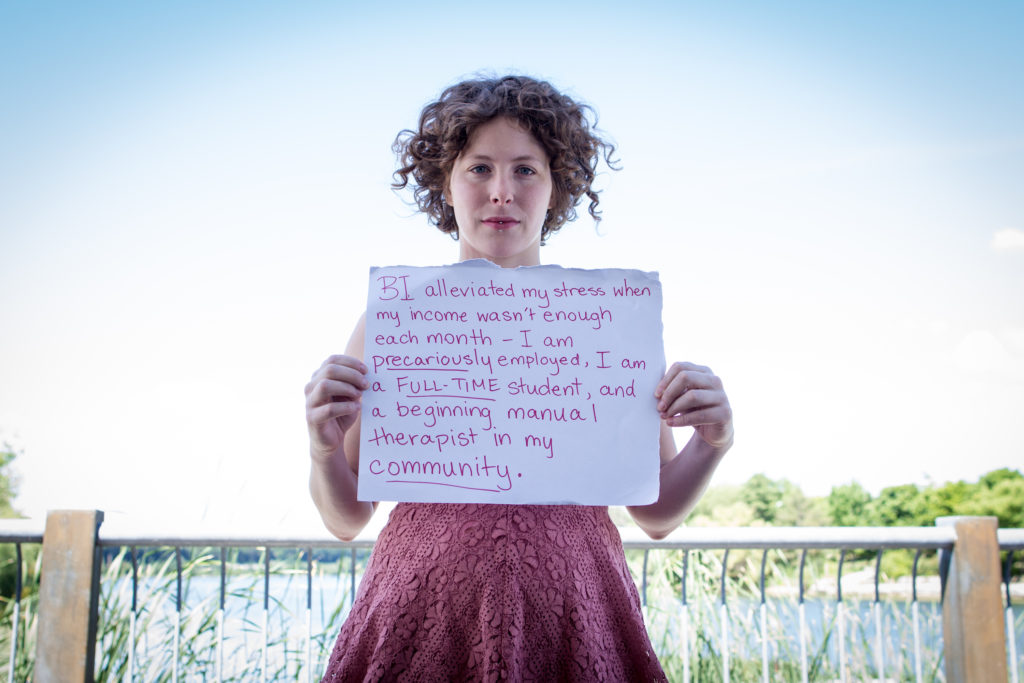 The new open letter follows a petition signed by 1,120 artists and citizens that was delivered to the House of Commons on June 7.

That petition called for the government to “extend the UBI to all Canadians” and noted that “artists are the driving force behind the cultural industry and the goods it produces, one of the largest industries in the country, with direct and indirect impacts on many industries, whose profits depend on this cultural content, which is essential to the well-being of all communities.”

These movements also dovetail with ongoing advocacy and research on basic income by a variety of Canadian senators.

On July 7, the Office of the Parliamentary Budget Officer released a report, “Costing a Guaranteed Basic Income During the COVID Pandemic,” which was driven by a request from Senator Yuen Pau Woo of British Columbia.

Senator Woo told the National Post recently that now is a particularly opportune time to test a basic income, given the existence of the CERB and the ongoing pandemic.

“If we are entering a period where we have to spend large sums of money on income support, because we have no choice, we should do that in as deliberate a manner as possible,” Woo said.

Senator Patricia Bovey of Manitoba—who, prior to her appointment to Parliament, worked in museums and galleries for decades as a curator and director—spoke in support of basic income in the Senate in 2017, and pointed out the history of it in her province stretches back to the 1970s.

“For me, if everyone had a guaranteed minimum income, they would be able to make decisions for their own lives—exactly what was proven in Dauphin, Manitoba’s 1970s Mincome experiment,” Bovey has said.

“Artists present so much about who we are as a nation, opening doors to understanding. They do so much important work,” Bovey also tells Canadian Art. “The arts also represent a huge part of Canada’s economy—including places in the Arctic, like Cape Dorset.” Bovey emphasized that basic income solutions need to work for all communities, not just those in Southern Canada.

Kayli Avveduti, a member of the Alexander First Nation, recently wrote an article for Policy magazine on why a universal basic income is especially needed in First Nations communities right now.

“The really appealing thing to me about universal basic income is the stability factor,” Avveduti tells Canadian Art. “The way things are currently set up in terms of support, there is a real lack of stability for our First Nations people,” she says, as well as many layers of jurisdictional conflict and complexity, and lack of predictability: “We go through life with so much uncertainty.”

When asked about the possible impact of a UBI on First Nations artists in particular, the benefits are similar to those for non-artists, says Avveduti.

“A universal basic income would help First Nations artists have more certainty and stability,” Avveduti thinks, “and allow them more focus on their art—art which ultimately benefits all Canadians.” 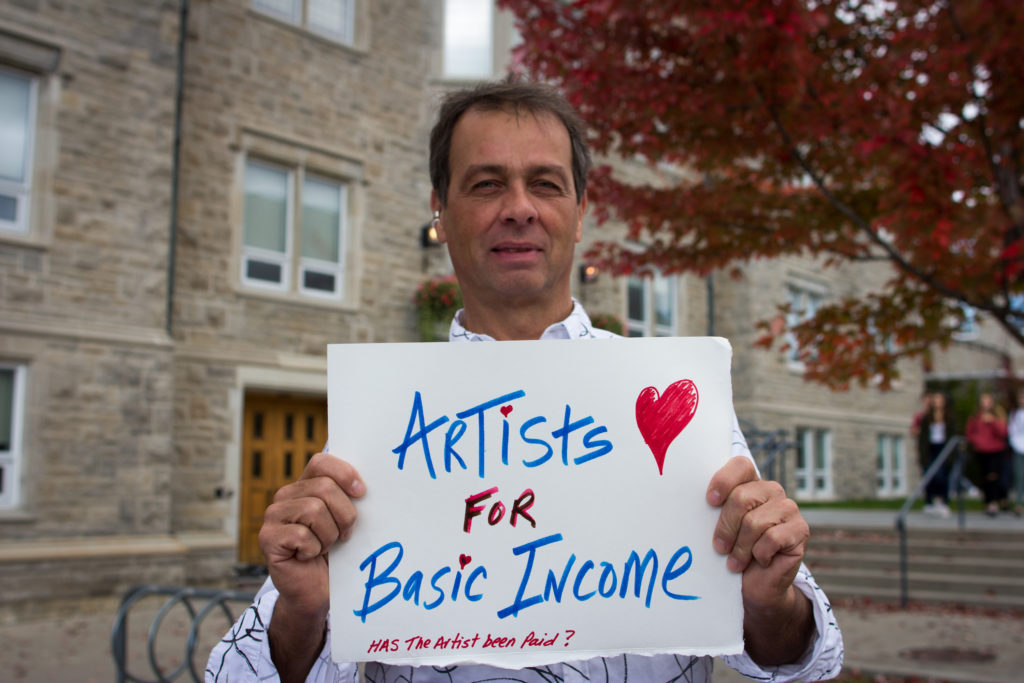 Avveduti says that there is a lot Canadians in and out of the arts can do to help make basic income a reality.

“I think first and foremost, just learning more is important,” notes Avveduti. “There is a lot of discussion in the guaranteed-income world about the preferred process for [implementation]—and I think the more people can get educated on what the benefits of each method is, the better.”

Direct advocacy is also important: “When you want policies, you do the grassroots stuff: you contact your MPs, your MPPs, your MLAs—you vote, you get out and discuss with people and bring attention to the issue,” says Avveduti. “It also helps to learn more so you can have positive conversations about these things and be prepared to talk about them when the opportunity arises.”

In terms of information, artist and letter signatory Craig Berggold says, many artists have direct experience living with precarity—but linking it to changing wider structures and policies is key.

“The employment insurance system doesn’t capture the many types of work that take place, and so much work is also unpaid,” Berggold says. “That can be a really big issue for artists—a lot of their work is unpaid work and many subsidize their art practice with second or third jobs. Basically cultural production is being subsidized by artists—and basic income is a way to recognize that people perform unpaid work in society. It can be artists, it can be care in the home, taking care of the elderly or taking care of children.”

“The gig economy is unpredictable and the pandemic’s wrath has been swift,” he adds. “A basic income guarantee is a way to reimagine what better income support could look like.”

An artist laureate bill failed in the House of Commons—but arts groups are speaking out, and a senator says she will reintroduce the bill as soon as possible 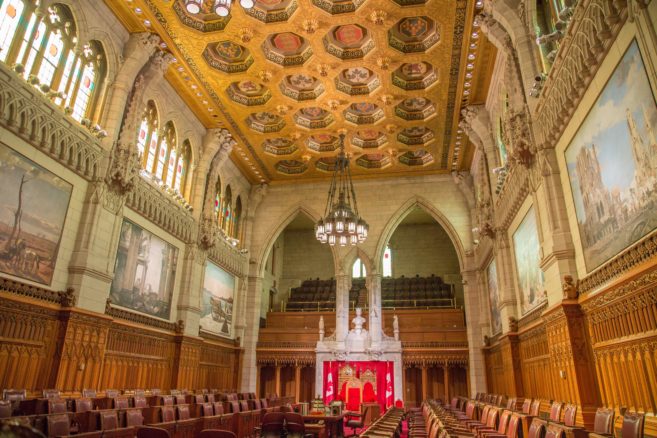