Artist Speaks Out on Opioid Deaths

Painter Alex Bierk is an addict in recovery, and he wants to keep the conversation alive about a critical social issue not often depicted in Canadian contemporary art 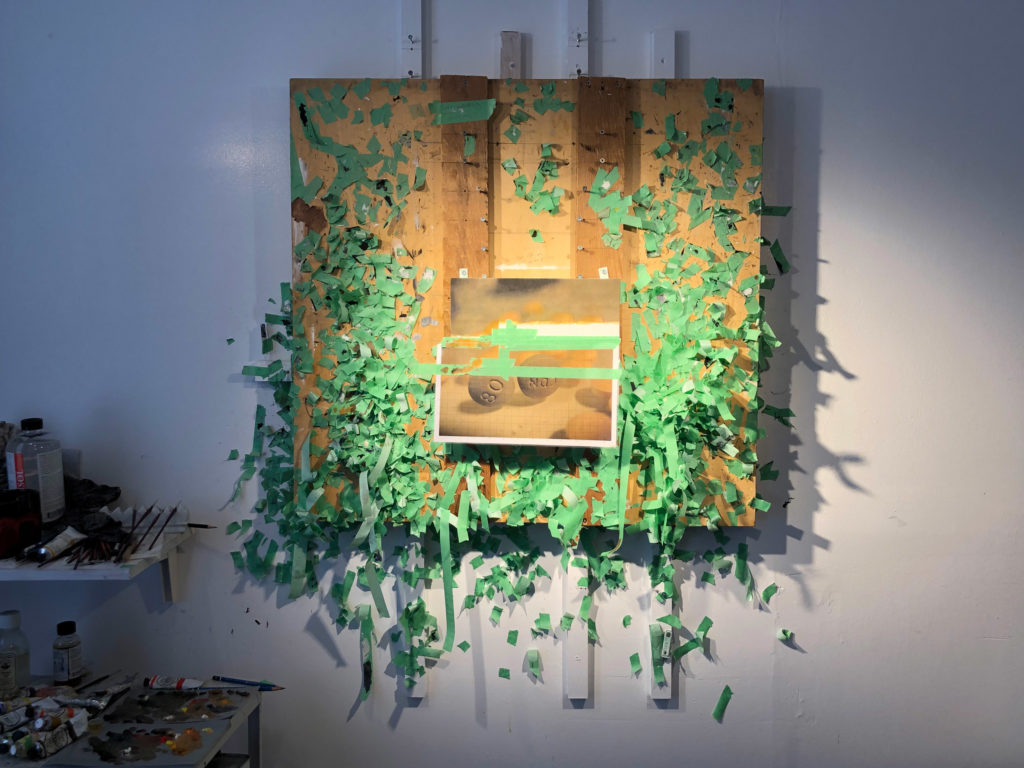 A view from Alex Bierk‘s studio after the artist worked on a painting of oxycontin pills. On September 6, Bierk will host naloxone kit distribution and overdose prevention training in his studio as part of a local Peterborough art crawl. Photo: Courtesy the artist.

The monthly First Friday Art Crawl in Peterborough offers the public a chance to see artists at work in their studios, visit shows at downtown galleries and support local art-positive businesses.

But on September 6, the art crawl will offer another type of experience: the chance to receive overdose training and pick up free naloxone kits from Peterborough Public Health workers. The trainings and kits will be available in the studio of artist Alex Bierk, who is an addict in recovery.

“I think it’s important to engage people who aren’t [yet] fully involved with this issue,” Bierk says. “The people who are affected by this—who have lost loved ones, or who have an addict in the family—they fully understand the depth and weight of the problem.” But he hopes that “the people who are a little bit removed from the issue” can be engaged in a different way during the art crawl.

“I want to keep the conversation alive and keep pushing for change and pushing for action,” Bierk explains. “A lot of the time we know people who have overdosed, and the response politically seems to be really slow, or not at all.”

Peterborough’s rate of opioid poisoning is four times higher than that of Toronto, the local medical officer of health said this summer. That makes it the third per capita in Ontario, behind Brantford and St. Catharines. Smaller cities are particularly hard hit by the crisis.

“The current system is so broken,” says Bierk. “I believe we need: One, a safe consumption site and access to a safe supply. Two: a local medical detox…. Three: sober living and safe housing, for the time in between detox and treatment, for example.”

And what Bierk is doing is integrating his formerly private work around addiction and activism into his more public studio and art practice. On October 15, Bierk will also be part of “Art and Addiction: A Professional Development Workshop,” organized with the Electric City Culture Council. This roundtable discussion on addictions and the arts community will include perspectives from artists as well as frontline workers, followed by naloxone kit training. The artist has also recently joined a related, in-development project at the Comox Valley Art Gallery in Courtenay, British Columbia—a city also deeply affected by the opioid crisis.

“There’s this romantic idea in the arts” about addiction, Bierk says, and it needs to be acknowledged. “We are in a culture that romanticizes this.”

In his studio, Bierk will also be selling T-shirts that read “Lost a Friend to an Overdose,” with proceeds going to a local harm-reduction organization.

As to the billions of dollars in settlements for opioid deaths discussed this week by Purdue Pharma in the US, and an American judge’s ruling that Johnson & Johnson pay millions as compensation for same, Bierk sees hope afoot.

“The opioid crisis is a critical social issue that is not often depicted visually,” Bierk says. “In doing so, I hope to shed light on a local emergency, that speaks to a broader social problem, in a personal way.” 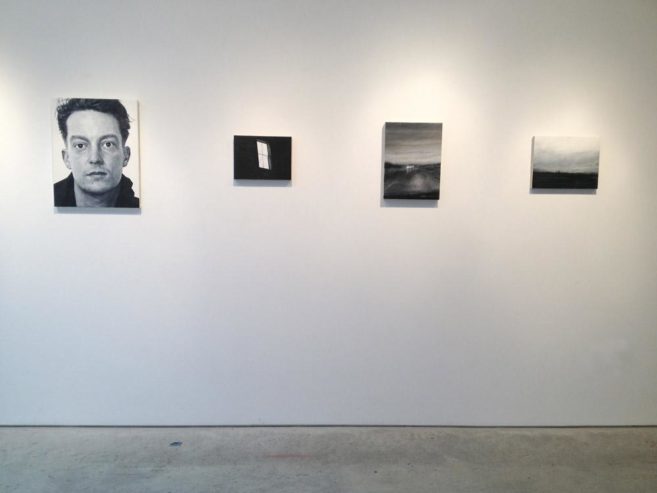