The name shift reflects the school’s new university status. It has long been Alberta’s only degree-granting institution focused on art, craft and design 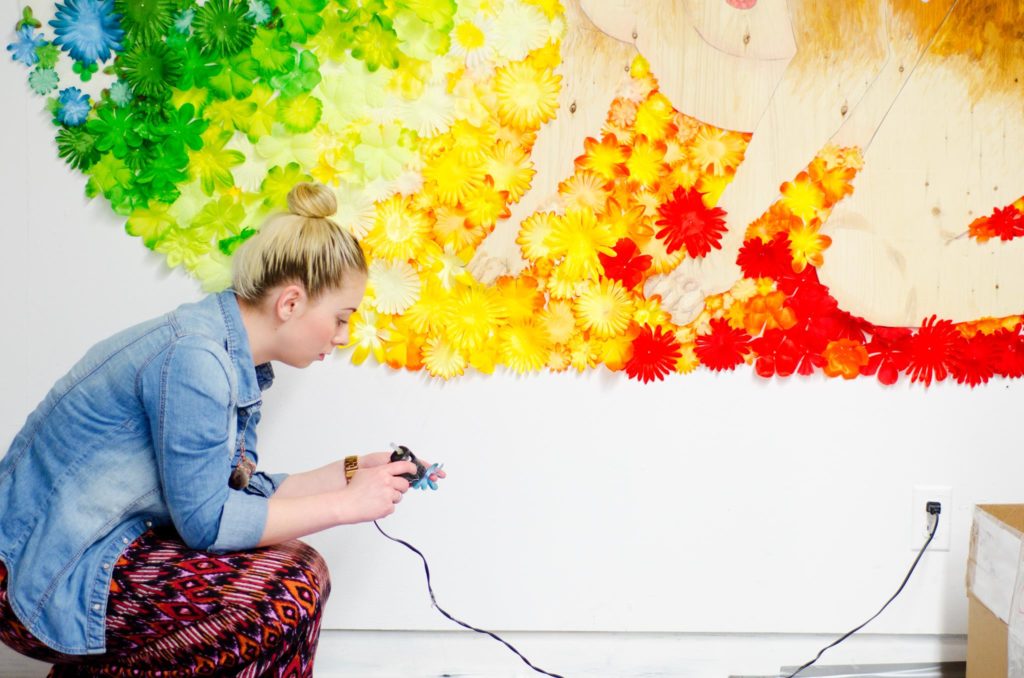 Dayna Ellen, a 2014 Fibre Arts graduate of Alberta College of Art and Design, works on an installation. Photo: Facebook / ACAD.

The Alberta College of Art and Design is now the Alberta University of the Arts.

The name-change announcement was made this afternoon on campus, with the university’s Instagram handle already shifted to @albertauarts and the new logo appearing on its Facebook profile picture as well.

After 92 years of training artists, craftspeople and designers, Nenshi stated, the institution “is finally getting the label that it deserves.” Nenshi also hopes that designation will help keep and attract more working artists in the city.

“I teach in a business school,” Nenshi stated, “and I would tell you that sustaining working artists in a community is hard-nosed economic development work. It helps you build a city that actually works…. And part of that is having outstanding institutions of higher learning.”

The Calgary institution has taken a different approach to renaming than those other three schools, though—the institutions in Vancouver, Toronto and Halifax all retained some measure of their old names, while the Alberta University of the Arts terminology—or “AUArts,” as speakers called it today—is more of a departure.

The new Alberta University of the Arts logo also has an unusual feature, with the word “Arts” appearing upside down. “Our logo is a call to challenge people to see the world differently,” said board chair Carol Ryder at today’s event.

ACAD’s earning of university status was announced on March 1, 2018. The next cohort to graduate from the institution will bear its first degrees with the Alberta University of the Arts terminology.