The artist, who died in May, was one of the first from the New York scene to establish themselves on Cape Breton Island in the 1960s 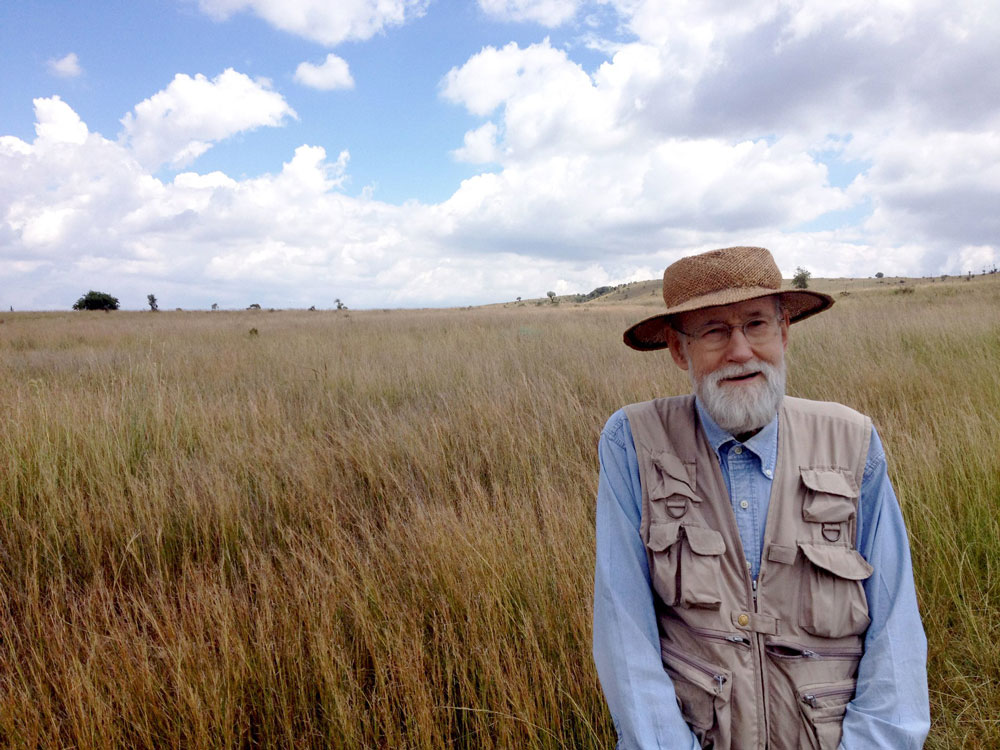 In the summer of 1954, with the help of my thumb, I’m there—my link to Cape Breton was formed. Inspired by, and bonded to the mix of land, sea, and sky, the character of the woods, fauna, people and type of farming. All inspired a wellspring for my creative work, a point of reference for my life, my clouds, a world has entered my dreams.

It was a visit to his brother, Jon, that prompted Geoffrey Hendricks and his other brother, Nat, to hitchhike from Vermont to Sight Point, on Cape Breton, in the summer of 1954. Jon was attending a summer camp there that was run by the Putney School in Vermont. A decade later Geoffrey bought a farm in Cape Breton. And in the years that followed, other artists—including June Leaf, Robert Frank, Joan Jonas, Richard Serra, Philip Glass, JoAnne Akalaitis, Rudy Wurlitzer, Robert Moskowitz and Hermine Ford—arrived, too, occupying abandoned farms along the rugged coastline that faces out onto the Gulf of St. Lawrence.

Nature and ritual figured prominently in Hendricks’ work, as did a concern with the relationship between the physical and the metaphysical. His work drew from Cage and Duchamp, who were precedents to Fluxus, but in contrast to other Fluxus artists his materials were often natural or elemental and drew from a rural vernacular.

Nicknamed “Cloudsmith” by Dick Higgins, Geoffrey Hendricks died on May 12, 2018, at the age of 86. Although Cape Breton was a key site and inspiration for Hendricks, his roots were solidly in left-leaning American political and spiritual idealism that would come to influence his life and work. Hendricks grew up in Chicago, where his parents had been founding members of a Quaker Meeting on the city’s Southside. In the 1930s they bought a farm in Vermont, where Geoff spent his summers, and in 1946 his father, Walter Hendricks, a close friend of the poet Robert Frost, founded Marlboro College, a progressive liberal arts college, on their property.

In their youth, Hendricks and his siblings attended the nearby Putney School in Vermont, which was based upon the radical social ideals of John Dewey, where students were tasked with the operations and governance of the school and worked on the school’s farm. The vision and curriculum of both of these institutions had parallels in the conflation of art and life that underpinned Fluxus. As a Quaker, and a conscientious objector, during the Korean War in the early 1950s he fulfilled his service duty by teaching art in the occupational therapy department at a hospital in the Bronx. He took classes at Cooper Union, and later earned a Master’s in Art History at Columbia. He also attended lectures by John Cage, and worked at Rutgers alongside George Brecht, Allan Kaprow, Robert Watts, George Segal and Roy Lichtenstein, teaching there from 1956 until 2003.

Over the years Hendricks hosted Fluxus performances at Rutgers, including George Maciunas’s Flux-Mass (1970), Hermann Nitsch’s Orgies-Mysteries Theatre (1971) and early Happenings, becoming a key instigator of Fluxus and central to a scene that was developing in New York during the 1960s and early 1970s. Hendricks aspired to an integration of art and life, bringing together the spiritual and the practical through life practice grounded in collaboration, queer kinship and a deep appreciation of nature.

In his work, as in his life, he brought together the material and the transcendent, the corporeal and the celestial, the spiritual and the practical.

One of his paintings, of a blue sky with a white cloud at the lower corner—that John Lennon and Yoko Ono bought from him—appears on the cover of the Plastic Ono Band’s album Live Peace in Toronto 1969. In 1971, on the 10th anniversary of his marriage to the artist Bici Forbes (now known as Nye Ffarrabas), they celebrated with a Flux Divorce, cutting their shared possessions in half, including their marriage documents, their bed and wedding garments, and embraced an open relationship, each with same-sex partners. In 1978, Geoff ministered the Flux Wedding of George Maciunas and Billie Hutching, and a few months later, on Macuinas’s death, a Flux Funeral.

During the 1980s two of Geoffrey’s partners died of AIDS, including the artist Brian Buczak, and Hendricks became an organizer of Visual AIDS, preserving the work and legacies of artists with HIV/AIDS. In 2003 he curated the exhibition “Critical Mass: Happenings, Fluxus, Performance, Intermedia and Rutgers University 1958–1972” at the Mead Art Museum in Amherst, Massachussetts, and at the Mason Gross Galleries in New Brunswick, New Jersey.

I grew up in Cape Breton during the 1970s and 1980s, and like Hendricks my parents were also Quakers, from the Eastern US, and had come to Cape Breton as part of the back-to-the-land movement of the early 1970s. Decades later, when curating an exhibition on the back-to-the-land movement in Eastern Canada, and looking at intellectual symmetries between avant-garde art movements of the late 1960s, including Fluxus, and social movements of the period, I learned about Hendricks and his relationship to Cape Breton.

In the summer of 2014, with my partner Diane Borsato and our son Felix, I visited Hendricks and his husband, the Montreal-born curator, artist and activist Sur Rodney (Sur), at their farm in Colindale, Cape Breton, where Geoff made a pasta with chanterelle mushrooms we’d picked that morning. We spent the afternoon talking in his kitchen, about Fluxus, about Cape Breton, about mushrooms. He told how us in 1967, at the New York Mycological Society’s annual banquet, he met Marcel Duchamp for the first and only time. Geoff helped me to understand the place that Cape Breton played in the counterculture and avant-garde of the late 20th century, and some of the paths by which artists ended up there in those decades.

For more than fifty years, Geoff made work in his studio in Cape Breton. In 2003, the Confederation Centre Art Gallery in Prince Edward Island exhibited a survey of his work titled “Between Earth & Sky (in knowing one, one will know the other).” In her curatorial essay, Shauna McCabe discusses Hendricks’s use of natural iconography and rural vocabulary; how his sculptural objects often included things he found around his farm—bones, stones, trees, ladders, chairs, flowers—bringing the elements of earth and sky into the readymade. His performances also incorporated natural elements and ritualized ordinary activities.

McCabe, in that same essay, described attending Hendricks’ 70th birthday party at his farm in Colindale where “…he performed one of his signature headstand pieces to the setting sun in the field behind the house, his legs painted blue to match the sky, and a bouquet of Queen Anne’s Lace tied to his ankles.” In his work, as in his life, he brought together the material and the transcendent, the corporeal and the celestial, the spiritual and the practical.

While many of the artists from the New York scene, including Robert Frank and Joan Jonas, have referenced the sites and stories of Cape Breton in their work over the years, through Hendricks it was possible to understand how a larger constellation of ideas, expressed in progressive education, alternative ways of living, and the artistic avant-garde converged in Cape Breton. The emphasis on process, experience and the everyday that informed both Fluxus and progressive education resonated with others who were part of Hendricks’ community there, including fellow artists, neighbors, and back-to-the-landers. On Cape Breton, as with Fluxus, art practices often existed far outside of conventional exhibition contexts, and were instead elusively and dynamically embedded in the fabric of everyday life.

Just a month ago, I wrote to Geoff to say I’d be in New York, only to receive the sad news that he had passed away. There were questions I still wanted to ask him: about his attraction to the land and the people he came to know in Cape Breton, his stories of the place, and how it resonated with his spiritual influences and his art practice. As someone who grew up there, who now teaches art history, for me, Hendricks’ story is part of the story of Cape Breton, and part of the story of many of the artists who also found themselves there over the past half-century, a story described by the land, the sea and the sky.

Amish Morrell teaches in the Criticism & Curatorial Practice MFA Program at OCAD University. From 2008 to 2017 he was editor of C Magazine. 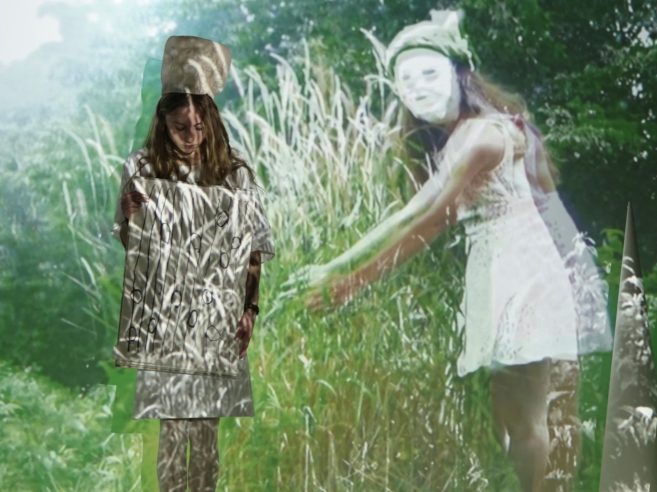