Bridget Moser & The Art of Self-Improvement 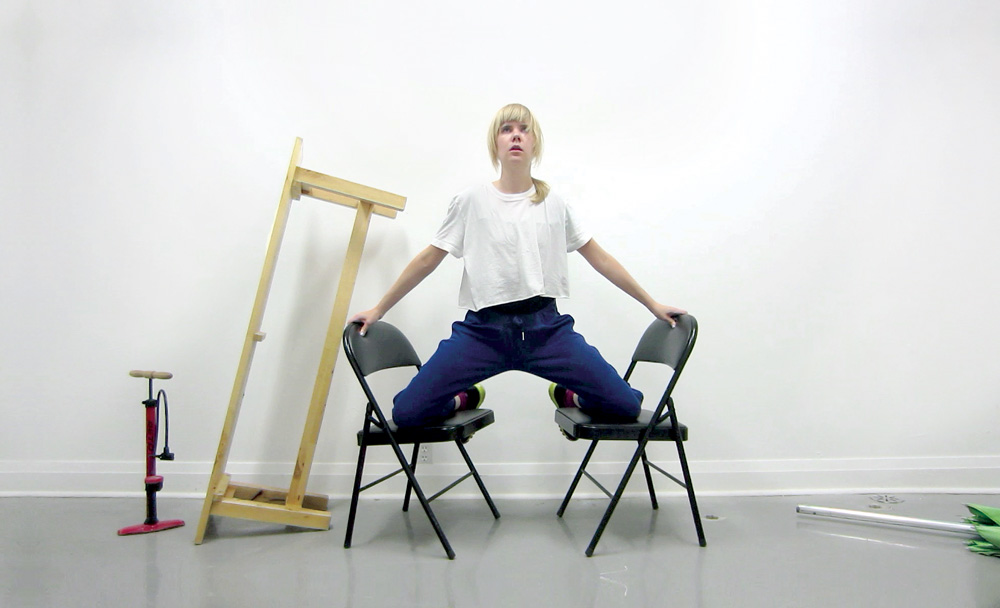 Bridget Moser's Asking for a friend (2013) won the performance artist notice of late; a new solo show of her work opens May 30, 2015, at the MSVU Art Gallery in Halifax.

For those unable to purchase the hefty text, or visit its iterations at the Art Gallery of Ontario, the Rijksmuseum or the National Gallery of Victoria in Melbourne, the philosopher-and–art historian team of Alain de Botton and John Armstrong transformed their much-discussed Art as Therapy project into a website and smartphone app. The project’s web presence breaks de Botton and Armstrong’s “art for self-improvement” ethos down to its basic structure: common social and personal concerns (Love/Work/Anxiety/Self/Politics/Free time) follow to drop-down menus with leading statements and questions that articulate each “ailment,” assigning corresponding art objects intended as their cures.

Clicking on “Anxiety” leads to a laundry list of concerns that reads like a teen’s existential poem: “I worry about everything/What will happen next week?/Time moves so fast/I find it hard to relax […].” Each statement provides us with a work of art and a conversational text designed to alleviate our worries and assuage our fears. (For instance, “Time moves so fast” corresponds to a serene photograph of a wooded landscape by Ansel Adams, with de Botton and Armstrong declaring, “Thanks to Adams, we feel with renewed, redeeming force the idea that we are subject to nature’s implacable laws.”) In its attempts to bring a personal and emotional usefulness back to the appreciation of art, Art as Therapy aims for an accessibility and sincerity that critics have found endearing and patronizing in equal measure.

Bridget Moser’s video Asking for a friend (2013) is also structured around an index of concerns for self-improvement, a meandering series of introspective questions about the nature of creative expression, interpersonal relationships and the measures for personal success. Spoken as a voice-over throughout the 10-minute video, some questions are direct, a subtle note of concern in her voice (“What’s the difference between manipulation and cooperation, or is it even relevant?”), while others waffle outward into an awkward-yet-charming stream of consciousness (“If you find yourself suddenly in a corner, and you’re like, Okay, how did I get here? Okay, how do I get out of here? Okay, what do I do with myself here if I can’t ever escape? I mean, are you ever going to stop for a second and think about what you could be learning from everything else in the room that seems to really have its shit together!?”).

In the course of Asking for a friend—which was on display at Mercer Union in winter 2014 for the exhibition “Push and Pull,” curated by Georgina Jackson—none of Moser’s questions is answered, yet this doesn’t seem to hamper her inquisitiveness.

Bridget Moser, Asking for a friend, 2013 from Canadian Art on Vimeo.

Onscreen, Moser wanders around a bland white room in sweatpants and sneakers, an arsenal of everyday objects at her disposal: folding chairs, an unplugged microphone, a bicycle-tire pump, a green patio umbrella and a nondescript (likely Ikea-sourced) wooden bench. As a soundtrack, wind chimes twinkle vaguely throughout the video. Alongside each question posed by the artist’s disembodied voice, the very embodied Moser plays with her objects in various configurations, pushing the limits of their use-value in relation to her own body. She lies under the bench, sandwiches her head within the folding chair, dangles the nozzle of the bicycle-tire pump in front of the microphone. Occasionally she strikes brief poses that seem almost baroque in their attempted grace: she reclines underneath the bench, her legs extended, her gaze travelling upwards as she holds its wooden body up with her feet. Acting from an intersection of performance art, stand-up comedy, experimental dance and theatre, Moser’s gestures are a potent blend of funny and anxious.

Like de Botton and Armstrong, self-improvement seems to be the Toronto-based performance artist’s main concern. The neutral aesthetic and temporary furniture in her video recall group-therapy meetings in church basements and community centres, the wind chimes bring to mind relaxation CDs bought at shopping-mall kiosks and her sneakers and sweats are like the standard uniform of gym-goers seeking self-betterment through perspiration. Yet with her questions, Moser’s anxieties do not seem to abate: she paces back and forth, bumps into her furniture and yells voicelessly into the microphone, mouthing, “Is this thing on?”

While de Botton and Armstrong might direct Moser to take a moment to reflect over the serene horizon in Hiroshi Sugimoto’s North Atlantic Ocean, Cliffs of Moher (1989) (listed as a treatment for “I find it hard to relax” on the Art as Therapy website), her desired tranquility and balance in Asking for a friend is never achieved. When Moser does take a moment to breathe—awkwardly lying upon an uncomfortable pile of chairs—she worries about how her gesture to calmness will affect the world around her: “When I finally catch my breath, I always end up having to release it. Like, catch and release, catch and release. What I’m wondering is, will this have any adverse affect on the atmosphere, or the ecosystem!?”

While Asking for a friend might pose itself as a mission in self-improvement, what Moser points to is the emptiness in much self-help rhetoric. Like an ever-receding horizon, the industry of self-improvement promises a balanced lifestyle just around the next corner, self-actualization in five easy steps (with the purchase of a five-piece DVD set, of course). A better life, like any other good or service, offered in exchange for capital.

Granted, most self-help gurus—de Botton and Armstrong among them—will readily admit that the labour of self-betterment is never complete, that humans are imperfect creatures and the personal drive to improve should remain continually in practice. Yet, nonetheless, the literature implicitly promises an enlightened state of mind that is sustainable and concrete.

Moser, on the other hand, wonders what occurs after the work of self-improvement is done. “If I eventually achieve some sort of balance,” she asks, “should I expect to feel better? Or more successful? Is successful the same thing as better?” By continually asking questions and never providing answers, Asking for a friend indicates that awkwardness is ever-present, that anxieties never fully abate. However, instead of lamenting over this inevitability, Moser exaggerates it, opposing an industry that seeks to transform “bad” behaviour into something more productive.

After all, self-help is all about productivity. (How can I be perceived as a go-getter at work? How can I make more friends? If I am a better version of myself, will I be more valuable to others?) The Art as Therapy project also concerns itself with productivity. In an interview on CBC’s Q with Jian Ghomeshi, de Botton defended the Art as Therapy project against Canadian art critic R.M. Vaughan, and the usefulness of art became the primary point of debate. “I think that you can value art for all its complexity,” de Botton said, “and at the same time say, ‘that picture has a purpose, that sculpture does something for us.’ And the attempt to say what that thing is is a vital part of getting people to respond well to art [emphasis mine].”

Vaughan, like many others unimpressed by de Botton’s self-help ethos, questioned the need to assign a coherent therapeutic function to each art item, arguing that overdetermining the use-value of each art object would restrict the space for new readings and interpretations—or non-interpretive modes of engagement.

Perhaps Moser’s ambling video places a new inflection upon the pervasive criticisms of Art as Therapy: she opposes de Botton’s self-help empire not by attacking the impulse to assign use-value to art, but rather by questioning the need to prove her emotions as useful. Asking for a friend wonders aloud if we truly need to be efficient in feeling, if it is necessary to transform all negative emotions into positive steps along a broader narrative of personal enhancement. Can’t we just feel crappy every now and again? And, if mired in our stresses and worries, what if we’re okay with that? Or, as Moser puts it, “What should you do if you keep trying to hold something up, and you feel it continually bearing down on you, and gravity is constant, I mean, um, what should you do if you sort of…really like that feeling?”

For many arts workers, the drive to efficiency and productivity can take on a hostile edge. In a precarious age that has traded in job security for unpaid internships and freelance labour, many feel the pressure to off-load work into spare time, to “productivize” all facets of life, to cultivate an ineffable “how-does-she-do-it-all” persona to keep up with the competition. Needless to say, burnout and disillusionment from these pressures are high.

Some have responded to these unreasonable demands by refusing to play along and criticizing the system that bore them. For instance, the Alberta-based Ladies’ Invitational Deadbeat Society artist collective recently designed a centrefold for the final issue of FUSE magazine: DO LESS WITH LESS, DO MORE WITH MORE, a call to refuse the rhetoric around accelerated productivity in the face of austerity measures affecting the arts.

Moser is also concerned with refusing usefulness, in doing less with less. With her torso forced through the upturned wooden bench, her legs awkwardly straddling the support beam, she uses her fingertips to drag herself slowly along the floor, wondering, “I dunno, is there an easier way to move forward?” There probably is. Yet Moser remains committed to her inefficiencies, ultimately more interested in experiencing the world from her own imperfect point of view. In an arts market that relies upon the extreme productivity of workers that are often under-compensated for their efforts, refusing to be useful can expose the imbalances in labour that often lead to very personal and physical consequences.

In de Botton’s Q interview, he mentioned his desire to get museum-goers to “respond well to art,” to render the art-viewing experience more productive by appealing to seemingly universal emotional states. Toward the end of Asking for a friend, Moser asks a similar question: “What’s the right way to react to this?” The camera is focused on a single folding chair, sitting inert in white space, practically a Duchampian ready-made. As always, she doesn’t get an answer. Moser’s insistent (and fruitless) attempts to unearth the “right way,” the “easier way,” the “best way” to do anything reminds us that when engaging with art, these designations are entirely arbitrary.

While de Botton and Armstrong produce emotional “ailments” in blandly generalist tones, attempting to build a “better way” to engage with art by covering as much ground as possible, Moser reaches out to us from her own specific—funny, awkward and ultimately much more relatable—vantage point. For a failed exercise in self-improvement, Asking for a friend is remarkably affirming, reminding us that we all ask the occasional stupid question.

At the end of the video, Moser paces back and forth, clutching her head and looking distressed. She poses her final question, which resounds like a call to arms for those of us who have also failed to get our shit together: “Does anyone else ever feel this way?”

We do, Bridget. Thanks for asking.

This is a feature article from the Winter 2015 issue of Canadian Art. To read more from this issue, visit its table of contents. To read the entire issue, pick up a copy on newsstands or the App Store until March 14. 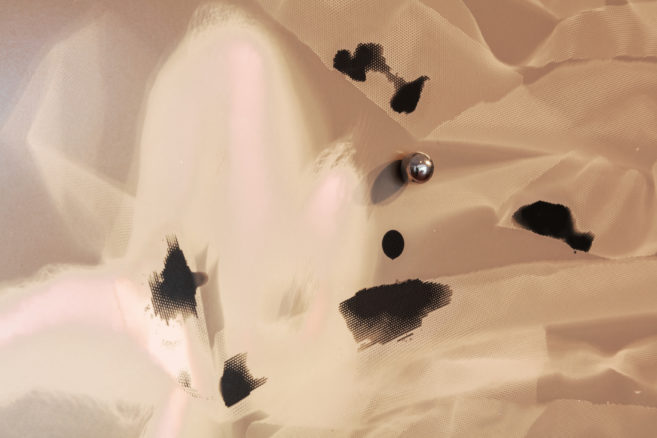 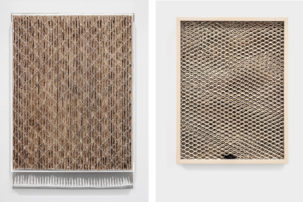