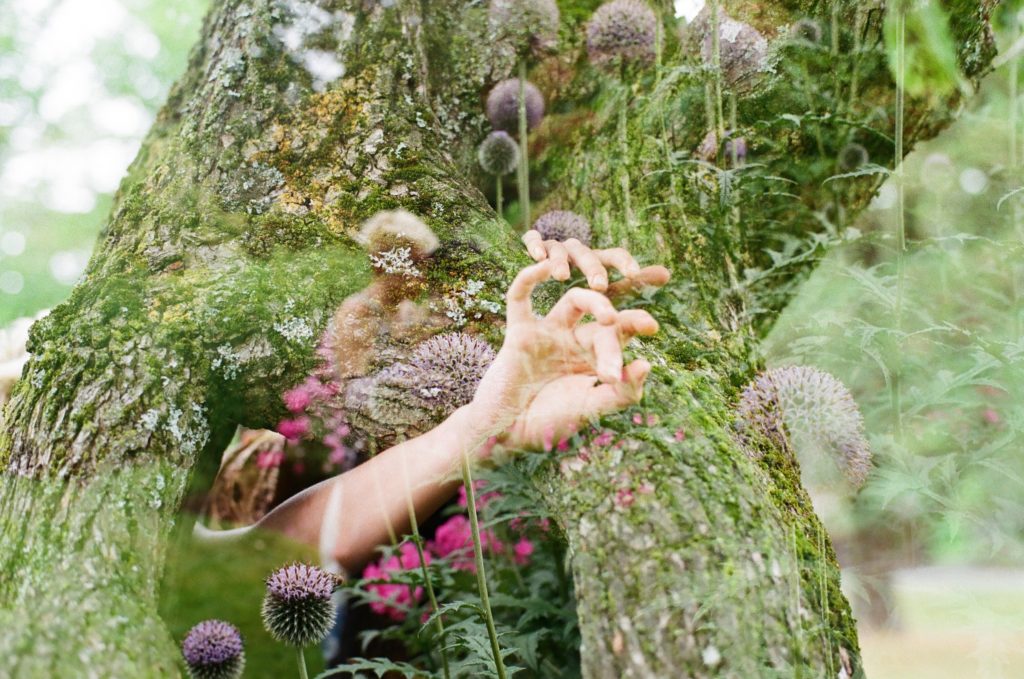 Despite a wealth of botanical taxonomy, plants forever evade our understanding. Ursula K. Le Guin wrote of an alternate history in her 1971 short story Vaster than Empires and More Slow, in which a small team of human and humanoid interstellar colonizers arrive at a planet inhabited only by plants. The plants are described as “Blind, deaf, nerveless, moveless. Some irritability, response to touch… Nothing comprehensible to an animal mind.” At first they seem indifferent to the colonizers, but soon reveal themselves as independent, interconnected beings that deny colonization. The story proposes that we reformulate our human understanding of being in the world and the perception of plants as something only to be extracted and used.

What emerges out of a radical plant-human interdependence, one that is not anthropocentric? In Radical Botany: Plants and Speculative Fiction (2019), Natania Meeker and Antónia Szabari argue that plants aren’t “limpid objects of knowledge as eighteenth-century botany seems to claim but instead help generate experimental epistemologies and narratives.” Plants carry invisible, disregarded or elusive worlds that trouble human ethical and political models. Some, in their concealing powers, continue to provide refuge in the form of space to embody queer desires and modes of movement. Cruising, historically associated with men wandering in search of a gay sexual encounter, typically takes place in public urban spaces like foliage-filled parks. The term emerged as a code word meant to mislead heterosexual people and conceal public gay sex, to provide protection. Cruising orients cruisers to reconsider plant-human mutualities in a queer method, exploring ulterior worlds produced both through affective erotic gestures and foliage. 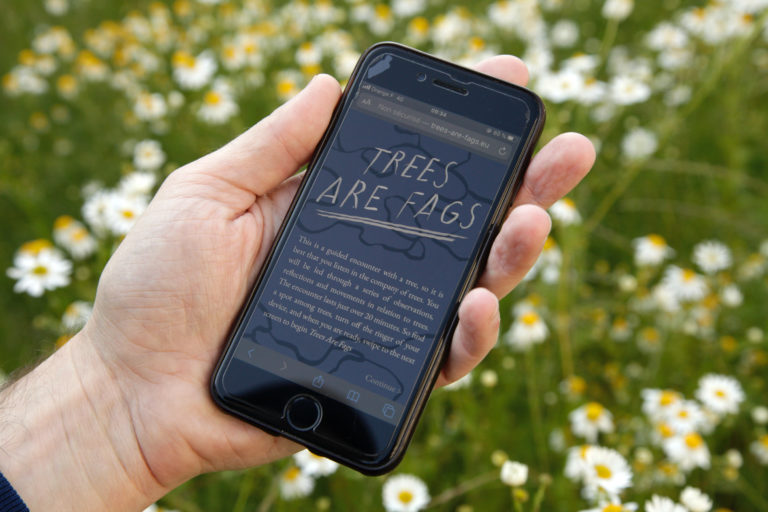 Artist Benny Nemerofsky Ramsay’s 20-minute audio guide, Trees Are Fags (2018), encourages the listener to find a park, urban space or the garden of their mind to perform a series of choreographed cruising gestures, referring to “the trees that populate those places where men congregate to have sex.” Instead of cruising for a human lover, the listener is asked to seek out an arboreal lover.

In following Nemerofsky’s instructions (accessed through a dedicated website) during this time of removal from each other, I found myself cruising through half-frozen puddles, slush and mud in search of an arboreal lover. Here in Mohkínstsis, winter lingers much longer than desired. Trees become early hints of spring, shooting out buds to detect warmth and light. These buds are the only part not swaddled in dead bark, and are packed with photoreceptor proteins that measure the light each day. The bark of the tree gathers warmth and reflects it to the ground, melting the snow and forming little pools of water around the base of the trunk. These puddles still freeze at night, capturing air bubbles that crunch and snap pleasurably when you step on them.

Nemerofsky’s voice tenderly presses me to reconsider my own relationship with trees, imagining the rhizomatic connection between ancient forests as queer families of odd numbers and found mothers. The audio traces the etymology of the word faggot to bundles of sticks dowsed in oil and lit to burn witches. It proposes that a fagotto, the Italian word for bassoon, is the arboreal voice of homosexuality, and envisions the space between trees, heavy with pollen, as like the air on a dancefloor, thick with pheromones. I follow the guided gestures, feeling the absence of a known path, making oblique moves and stepping toward things I cannot see. Feeling spring buds graze my tightly clad legs, I approach walls of branches where my body does not quite fit, and green branches bend back to accommodate my weight. A chorus of voices from the audio proposes queer methods of moving, queering my path and subverting the directives I am given. Each time I cruise, it is different; the choreographic cues shuffle to produce a new lover, a new tree with whom to have an encounter. 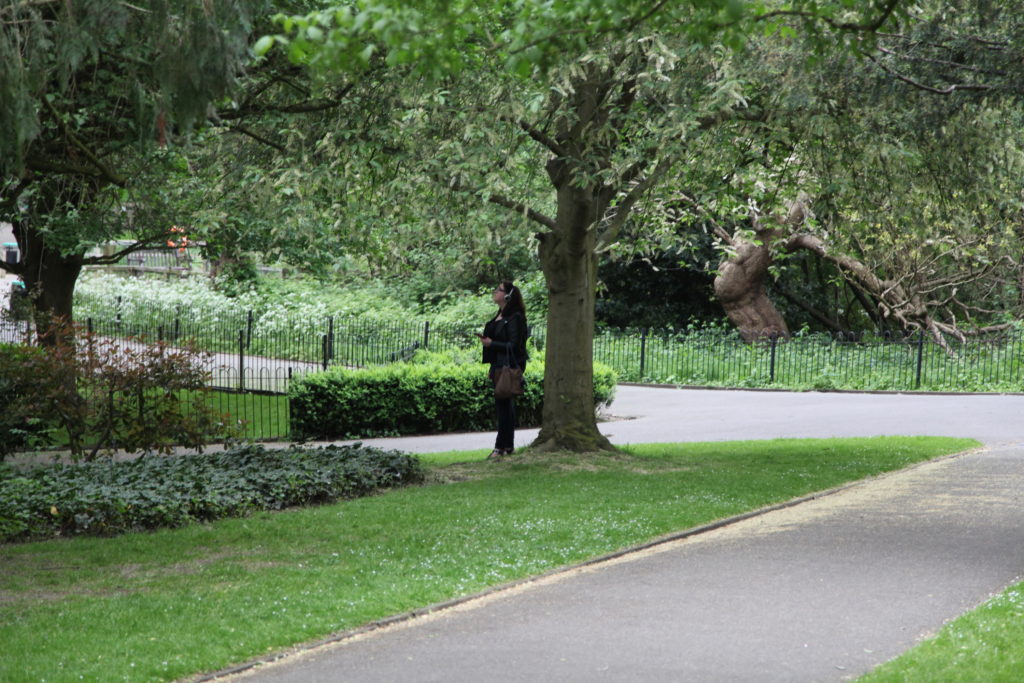 Trees Are Fags encourages considerations of cruising’s many transgressions, breakages and queer affects. Nemerofsky guides willing participants to consider the sexual experience of a tree—the multitudes of lovers and erotic actions it has witnessed and sheltered. Over a video call, the artist expands on these multitudes: “I care a lot about queer lineages, about the transmission of queer information from one generation to another. And while many gay clubs have in some cases survived many decades, men have been cruising for sex in parks and wooded areas since time immemorial.” In a short film commissioned by arts organization Visual AIDS in late 2019, Chicago artist Derrick Woods-Morrow memorializes histories of cruising culture, and captures images of trees sheltering, witnessing and participating in erotic activity. Much handled things are always soft unfurls Chicago’s unwritten history of public sex and cruising in urban park spaces, specifically as a sexual community active from the 1960s through the ’80s that was created by gay Black men against a background of housing segregation and heightened policing practices. In the film, artist and long-term HIV survivor Patric McCoy narrates: “It’s hard to describe an invisible society, because it’s invisible.” There are images of men holding each other’s gaze, kissing and touching one another, surrounded by late summer’s rich foliage. While McCoy speaks of the tensions of visibility and invisibility, the plants provide refuge, holding secret human relations and human-plant relations in their own secret selves. The worlds created by these marginalized communities act in solidarity and in collaboration with the interior world of plants, worlds that grow in resistance to colonial and capitalistic exploitation. 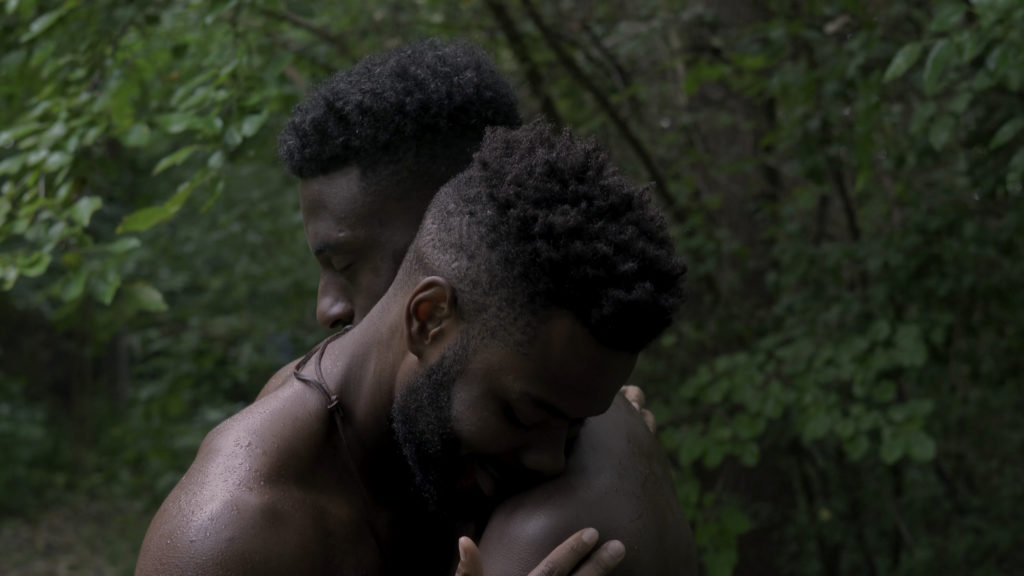 The congregations depicted by McCoy’s words and Wood-Morrow’s images ask, What of the spaces that held the interiority and privacy of cruising? The parks McCoy describes were razed by the city of Chicago and rebuilt, leaving easy sightlines and fewer cruising possibilities. This is a familiar story in many other places. In the midst of the COVID-19 pandemic, physical distancing and other regulations have shifted social spaces to become tense and lonely. On the streets, narrow walking trajectories have morphed into arching wide berths, a distressing reminder that we cannot be close to other humans in public space. Missing intimacy with other people, I have been orienting toward the plants and trees in my nearby parks as memory keepers and guardians of queer intimacy.

Plant-human entanglements come to light as the listener is guided to their arboreal lover in Trees Are Fags. Nemerofsky’s audio intrinsically links queer bodies to that of trees: “We might look to trees as ancestors, as faggoty relations, to see the relation between our bodies and the bodies of trees.” In blurring the boundaries between our bodies and those of trees, the artist allows us to consider unwritten queer histories and futurities, ones that grow in resilience against hetero-colonial exploitation and its non-consensual, proprietary practices. Upon finding a potential lover, the listener-cruiser is told to seek consent, and to wait as long as it takes to receive that consent. In slowing our human tempo and adjusting our impulses, our gestures can adapt to queer desires, to the needs of vegetal others. We can envision outcomes that encourage the messier, queered spaces of plant-human alliances, the encroaching garden or the concrete paths torn up by the roots of a poplar tree.

I reflect on how to slow my movements to match the tree’s tempo; I envision its own method of counting time and lovers.

In my own wandering, I press my fingers into the grooves of an old balsam poplar, fissures drawn deep in the bark, betraying its age. I deliberate about what this tree is perceiving in the moment, how its senses are of a different kind than my own—xylem and phloem tissue rushing below my fingers to carry starchy sugars from the roots, to feed budding leaves. I reflect on how to slow my movements to match the tree’s tempo; I envision its own method of counting time and lovers. My movements lock us in a polytempic encounter. Trees Are Fags demands that I simultaneously queer my approach to nature and become plant-like through slowing my movements and problematizing my own immediate urges and desires for the nonhuman. The tree appears to be an experienced lover, its trifurcating branches representing a resilient queer partner. 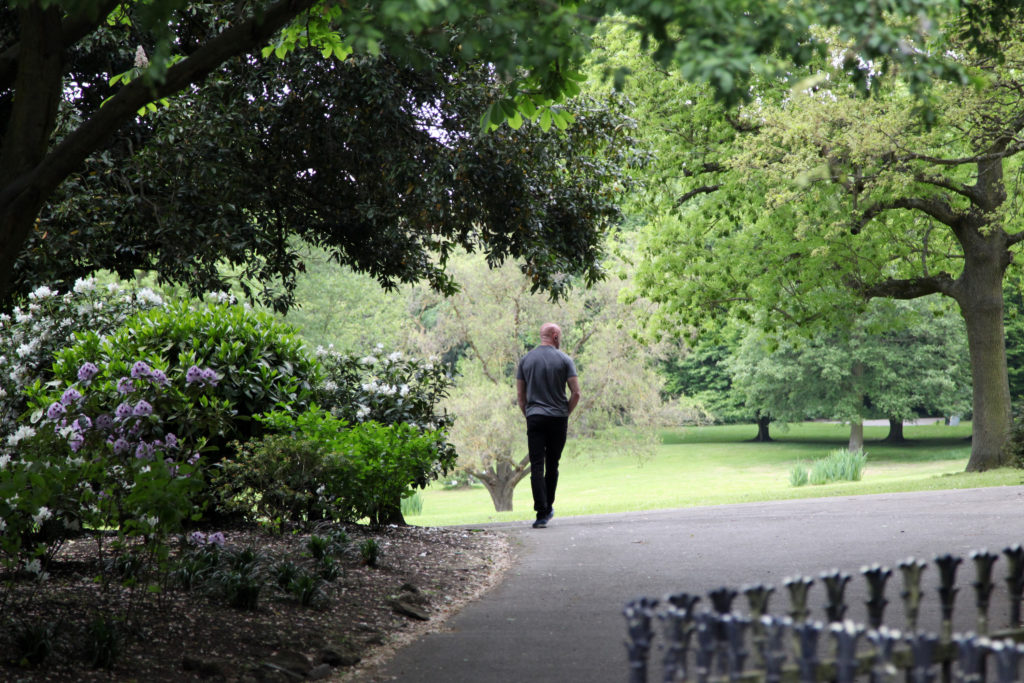 In Radical Botany, Meeker and Szabari ask, “Can plants help us imagine life differently with their inclusion in human economies of pleasure, agency, and speculative creations?” They posit that plants destabilize our human capacities for worldmaking, perceiving and existing, paving the way for new planthropocentric worlds to be conceived. Anthropologist Natasha Myers describes these plant-centric entanglements: “It is not an overstatement to say that we are only because they are. The thickness of this relation teaches us the full meaning of the word interimplication… It is time for a radical solidarity project that insists that we are of the plants.”

And so, what occurs when marginalized queer orientations, communities and congregations gather in the peripheral spaces filled with greenery? What does the memory of cruising, beyond meeting in former clubs and basements, introduce to outdoor spaces? Intimate and queer plant-human mutuality offers visions of non-hierarchical relations: desire outside colonial and capitalist designations. Trees Are Fags aids listeners in envisioning possibilities of nonbinary, nonhuman designation and sexiness. Both Nemerofsky and Woods-Morrow recall histories of cruising to memorialize intimacy in the company of foliage. Together with the plant-human affinities revealed by the history of cruising, Myers’s call for solidarity through the lens of queer intimacy and worldbuilding may grow concealed worlds abundant with possibilities, rhizomatic in nature.

Alexa Bunnell is an emerging artist and writer based in Mohkínstsis on Treaty 7 territory. Their artistic and writing practice engages queer considerations of ecologies, botany and restorative futures. 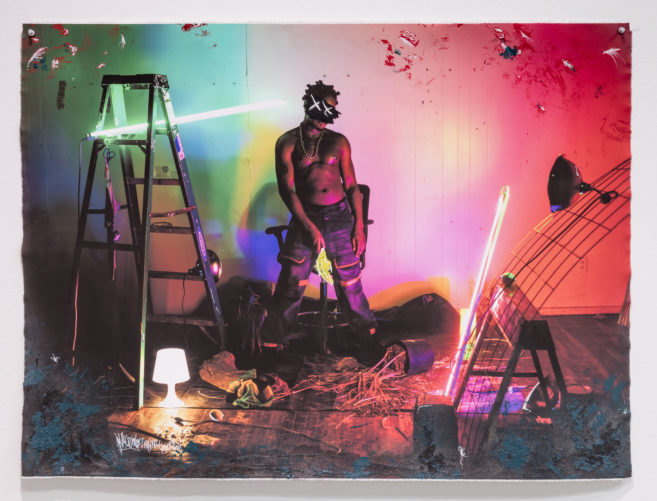 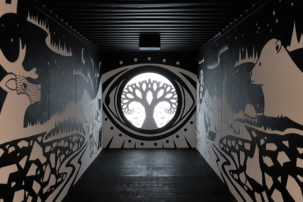