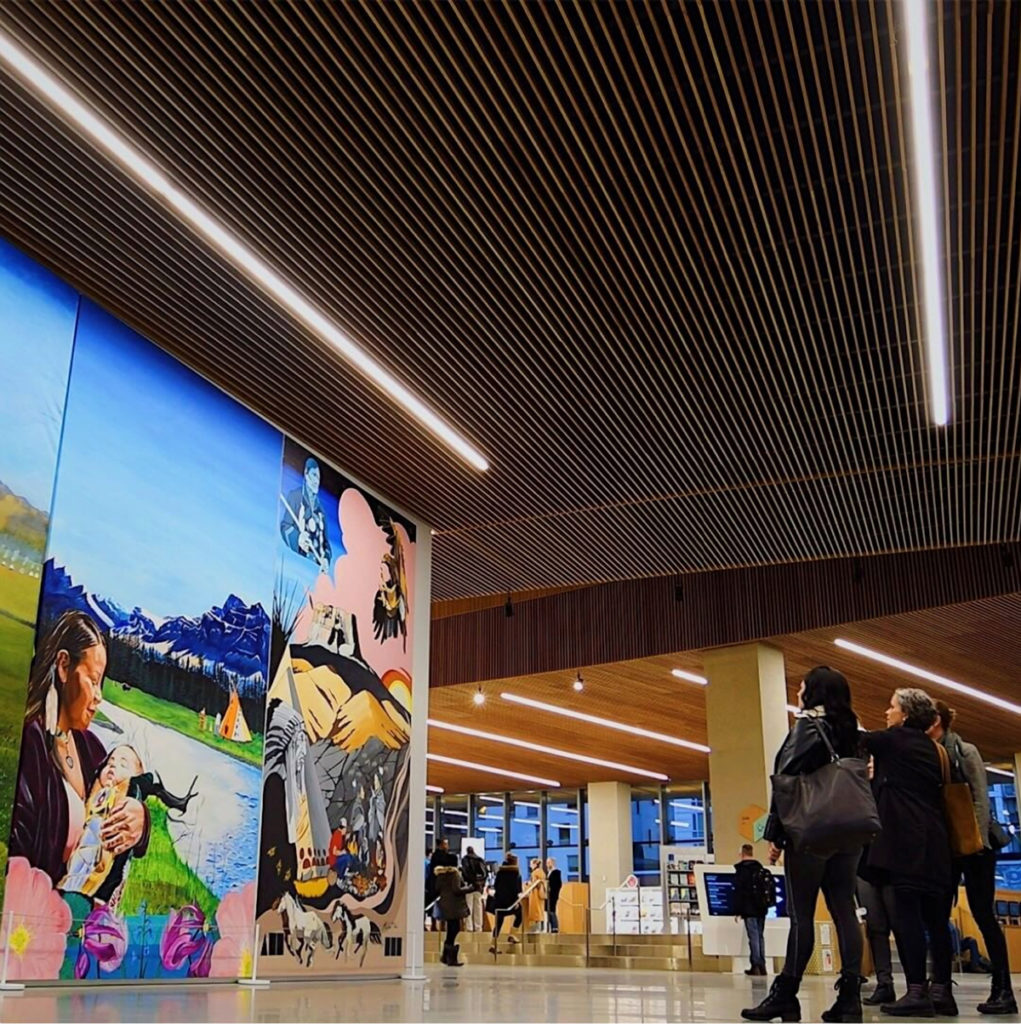 In the new central branch of the Calgary Public Library, a wall mural by Keegan Starlight, Kalum Teke Dan, and Roland Rollinmud greets visitors. Other works by Indigenous artists, and other exhibition and performance opportunities, are just one recent bright spot in the city's evolving art scene. Photo: Instagram / Calgary Public Library.

Calgary finished 2018 with the dubious distinction of having one of the highest unemployment rates in the country and one of the lowest arts funding rates per capita.

But the good news is that Calgary’s art community could be poised for a reboot in 2019—a reboot that has, in many ways, already begun.

Lengthy economic downturns invariably include stressors and conflicts for all sectors, but recent months have seen solid commitments for increased arts funding in the city, as well as a productive reorganizations of alliances. Some new public art data is on the way, and ACAD (now Alberta University of the Arts) is also on the rise. All this means there is much to look forward to.

On the funding front, years of lobbying by Calgary Arts Development finally helped persuade the City recently to pass a landmark arts budget increase. That increase, taking effect this year, has nearly doubled Calgary Arts Development’s base funding from the “current $6.4M to $12.4M in 2019 and an additional $1M added to the base each year until 2022,” says a release.

Even better is that 75% of the funds will be channelled directly to artists and art organizations. Calgary Arts Development is the City’s arms-length arts funder, and its mission is to “strengthen the arts to benefit all Calgarians.” It has done an excellent job of promoting the vitality and economic value of the arts of late—a message that will be heard more and more widely, I hope.

There is also some good news in terms of exhibition spaces. Contemporary Calgary is back on track, after some uncertainty having at last signed a deal with the City to make its new home at the former downtown Planetarium; also, Bruce Kuwabara was recently tapped to lead the renovated gallery design. The Illingworth Kerr Gallery will be hiring a new curator—a contract academic position spanning both curating and teaching. Even the commercial market has some good news, with Herringer Kiss Gallery’s move to a 70% larger venue and their website inviting submissions from new artists.

The biggest shake-up in terms of spaces lately was the wholesale exit of five artist-run centres from their highly public, and long-standing, satellite exhibition spaces in Arts Commons. The events precipitating the departure of Untitled Art Society, the New Gallery, TRUCK, Stride and Marion Nicoll Gallery from Arts Commons were widely covered in the media.

In the wake of that latter departure, other organizations have stepped up to collaborate with the artist-run centres that departed Arts Commons, resulting in the development of alternative exhibition venues for programming. For example, in a high-profile move, TRUCK Gallery re-programmed Glenna Cardinal’s installation to Esker Foundation’s street-front Project Space. Additional alternate venues include TRUCK’s own Parkade space and worthy collaborations with the new Central Public Library and the City of Calgary Public Art Program’s 7th Avenue street-front galleries.

My wish, though, is that exhibition opportunities for critically engaged artists might continue at Arts Commons in some fashion through 2019 and beyond—including opportunities that pay CARFAC fees to artists. Several galleries have expressed to me their difficulties, over the years, in working with Arts Commons. There seemed to be, from their perspective, no consistent process for handling public complaints. I recall an episode from 2006 when Arts Commons (then known as the Epcor Centre) was willing to hold a panel on art and censorship in regard to another controversy: an instance that included installing a temporary wall, mounted in front of artworks by Edie Fake and Megan Hepburn, rather than remove the artworks, that some deemed controversial, completely.

We’ll see if those opportunities do come to fruition. I was recently told by an Arts Commons spokesperson that the Fake and Hepburn response from 2006 “is not a decision we would make today.” The same spokesperson also told me they are working on a “new process” for the Window Galleries moving ahead, so there’s potential for cautious optimism—though when I visited the galleries last weekend, several spaces were empty following the March 1 end of previous shows. But at press time, the Arts Commons website had no future listings for any of those exhibition spaces.

Turning to public art—often a hot topic in Calgary—recommendations are being released this week from a City Council–directed Corporate Public Art Review. Initiated in 2017, this municipal review has focussed on five key areas, as articulated by City of Calgary Public Art lead Jennifer Thompson: “pooling investment into a central Public Art Fund [rather than] an infrastructure to infrastructure project basis; procurement; governance; communications and engagement; and non-government Investment.” The City’s public art program has long been a magnet for naysayers—a tendency exacerbated by the recession, in my opinion. And a lack of information has contributed to this, I think.

Without such studies, we are left to rely on problematic polls. For example, on February 5 the CBC reported that in a recent poll on taxation and public spending, one of the few things Calgarians agree on is (you guessed it) spending less money on public art. But I would argue that public art was unfairly singled out in the survey. In the poll it was listed separately from Parks and Recreation, but is actually part of the City’s Parks and Recreation Department—which, thankfully, is a category for which, overall, the poll favoured an increase in spending.

The new public art review recommendations are far from sunny at first glance, I’ll admit. The biggest concern for me is that it recommends the public art program remain suspended until 2020 while the City studies the matter further.

But on the upside, it advocates for pooling public art funds from specific infrastructure projects, resulting in what City staff envisage as a shift to “community priorities [that] will enable a more holistic and equitable approach to determining public art projects across Calgary.” City administration will also continue to pursue improved stakeholder engagement in the public art development process. Additionally, projects approved before 2017 will continue to move forward. (Disclosure: I am completing one of these latter projects at the moment myself.)

And although complaints are often loud, I think Calgary has a lot in its public arts realm to be proud of. Already, Phaidon’s new book Destination Art, showcasing 500 global worth-the-trip artworks, features two Calgary public art installations (and there’s only 15 Canada-wide in the book). On the value of culture itself: it was one of the key ranking factors in the Economist’s 2018 Global Liveability Index, and when all criteria were compiled, Calgary scored fourth worldwide. What next?

Another positive vector for Calgary’s art scene of late is ACAD’s recent transition to Alberta University of the Arts (or AUArts). The accreditation as a university was long overdue for an institution that offers undergraduate degrees and an MFA. It also coincides with new funding for the school: an annual operating increase of $2.5-million per year and a one-time, $2-million injection for capital repairs. Additionally, following a prolonged erosion of permanent faculty at the school, nine sessional faculty were offered full-time, 30-month Limited Term Appointments commencing 2019.

I’m not naïve, however, in thinking that there is only good news here. Natali Rodigues, ACAD Faculty Association president, notes that the school (where I,too previously taught) endured year-over-year funding shortfalls for more than a decade. The number of permanent teaching faculty dropped so drastically it has resulted in what Rodigues terms a “strain for professors.” And just months prior to the debut of “AUArts” and its new budget, there was a remarkable (if non-binding) faculty vote of non-confidence in both ACAD’s President and ACAD’s Board.

Still, Rodigues—along with provincial and municipal government leaders—shares the hope that the new university designation and attendant funding increases will result in change for the better. And it was good to hear President Daniel Doz say recently that “we need to find better ways to integrate everyone in the institution: better ways to listen… doing a better job at understanding.”

I agree with the sentiments of Simone Saunders speaking recently for the ACAD Students Association: that there is an overarching desire at AUArts to focus on the positive there.

This could be true, too, of the Calgary arts community in general at the moment. More than ever, we need to look at the strengths we have right now—doubled civic arts funding, collaborative and growing arts spaces, some public art successes, and renewed support for the city’s post-secondary art institution—and build upon them.

Come December 31, 2019, I will be looking to see if this year has fully manifested the reboot that so many of us have long been anticipating.

A clarification was made to this article on March 18, 2019, to make explicit that the author is currently completing a public art project in Calgary.

Dick Averns is a Canadian artist, writer and educator based in Calgary. In addition to being published by Canadian Art he has also written for Momus, Galleries West and the CBC, among other publications, including numerous catalogues.

The name shift reflects the school’s new university status. It has long been Alberta’s only degree-granting institution focused on art, craft and design 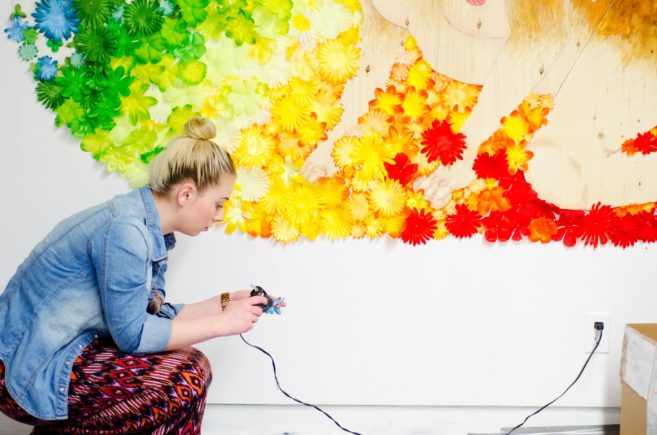 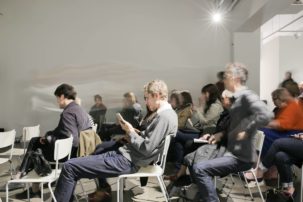 The designer of Remai Modern is headed to Calgary. Plus: AGO deaccessions, Glenn Alteen retires, artists win and Canadians show abroad 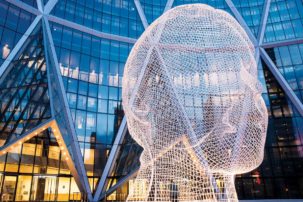 The city, called upon to freeze new funding, maintained new support for the arts. Plus: a new study says art is good for seniors’ health, and some Montreal prize shortlists are out 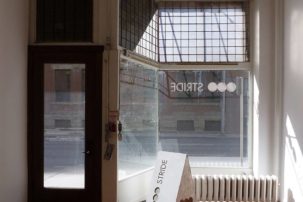 After more than 20 years of programming the +15 Galleries spaces at Arts Commons, five artist-run centres say a lack of transparency and respect has pushed them away 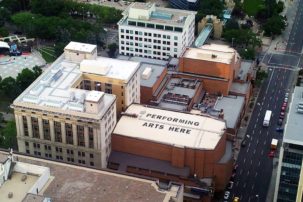 Creators of open letter include leaders of local artist-run centres