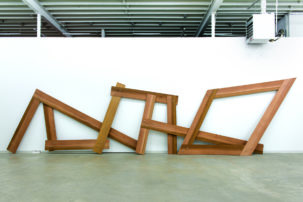 Christina Mackie has turned colour into a metaphor for knowledge at Tate Britain. Nancy Tousley reports. 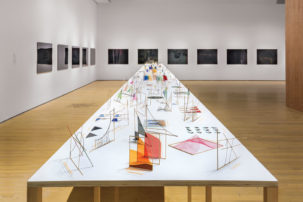 The Biennale de Montréal is a newly revamped star-making machine with international ambitions, and Nancy Tousley weighs in on the latest edition. 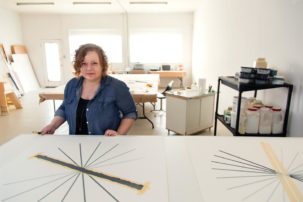 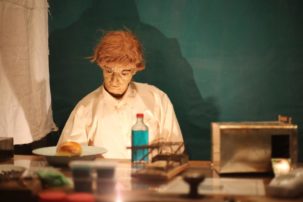 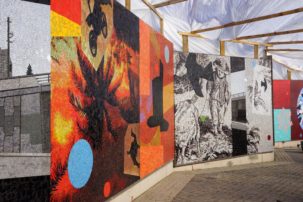 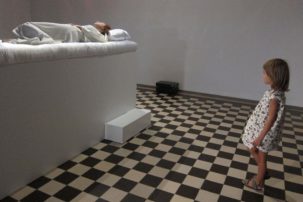 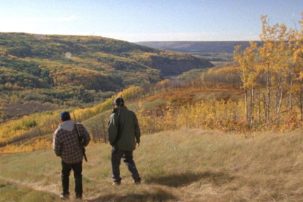 This winter, Canadian artist Kevin Schmidt has been trying to launch a 4-by-5 camera into the stratosphere. His goal, with the help of some Edmonton amateur radio operators: to create a massive image of our planet. Nancy Tousley reports.

Theo Sims’ detailed, working recreation of a Belfast pub has been a hit at the 2010 Vancouver Olympics and other Canadian locales. Now, it returns to the place it first debuted: the Alberta College of Art and Design. Nancy Tousley reports.

Laurie Anderson: Down the Rabbit Hole

As a child, Laurie Anderson broke her back while showing off on a diving board. Now, she draws on that experience in The Gray Rabbit, a work having its North American premiere at Calgary’s Glenbow Museum. Nancy Tousley reports on the project, and its inspirations, in this feature interview.

In early 2011, Nancy Tousley, our contributing editor from Calgary, won a Governor General’s Award for her distinguished arts-journalism career. Now, her expertise highlights some strongly curated surveys as the year’s best shows.

New Orleans’ Prospect.2 biennial was founded to revitalize the city, and despite budget overruns and a recently resigned artistic director, reviewer Nancy Tousley finds that its artwork still shines brightly. Read on for her highlights of the event.

The Esker Foundation: A New Path for Alberta Art

The desire for a world-class, free-standing contemporary art gallery has been at large in Calgary for 40 years. Now, Jim Hill, a 62-year-old oilman, is opening a space that just might fit the bill. Nancy Tousley reports.

In this feature from our Fall 2011 issue, contributing editor Nancy Tousley focuses on Sarah Anne Johnson, the Winnipeg artist who recently debuted a series on the Arctic and who is known for exploring themes of environmentalism and community through photography.

Hunting Blind, a new outdoor sculpture installation by Robin Arseneault and Paul Jackson at the Art Gallery of Alberta, proves an exception to the rules of public art. Moreover, notes Nancy Tousley, its design takes some shots at the art world itself.

The Manhattan studio of Alison Rossiter is filled with neatly stacked packets of expired photo paper. In this feature from our spring issue, critic Nancy Tousley visits with Rossiter, exploring how her old discards are turned into admirable abstract prints.

Calgary likes to brand itself as a place for mavericks, an identity that’s taken an unexpected creative turn as artist-run spaces pop up across the city. Critic Nancy Tousley reports on these fresh, youthful initiatives.

The provocatively titled Are Curators Unprofessional? conference, which took place this weekend in Banff, was filled with stimulating presentations—and some controversy. Nancy Tousley reports on the panels and lectures that made this event both sassy and serious.

Canadian Art contributing editor Nancy Tousley kicks off a series of monthly reports for our website this week with a look at New York’s current photography obsession. From MOMA and the Met to Chelsea and the Whitney, cameras are king of the fall season. 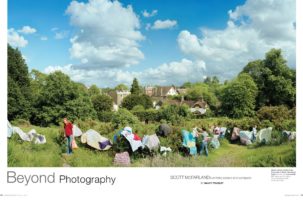 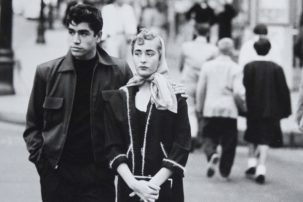 The Malcolmson Collection: A Passion for Photography, and its Evolution

Over the years, Toronto couple Harry and Ann Malcolmson have assembled one of the most important private photography collections in North America. Now, with a show of their collection on in Vancouver, the Malcolmsons sit down for an in-depth chat with critic Nancy Tousley. 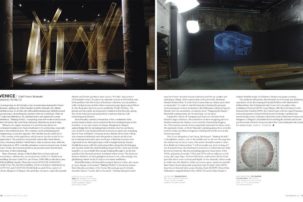 Contemporary art all but takes over La Serenissima during the Venice Biennale, spilling out of the Giardini and the Arsenale, the official exhibition sites, to dot the city with additional national exhibitions and special events, disturbing her serenity with art-world buzz. 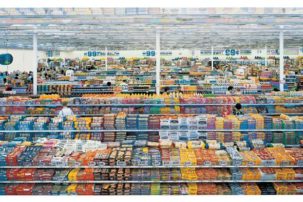 Andreas Gursky is one of the world’s best-known contemporary photographers. Now, on the occasion of an extensive show at the Vancouver Art Gallery, Gursky talks in-depth about his work—including a first-ever self-portrait—with critic Nancy Tousley. 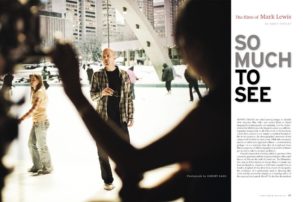 Mark Lewis: So Much to See 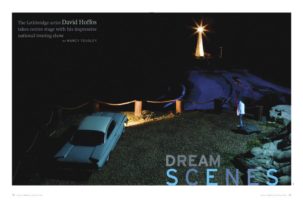 At the heart of David Hoffos's Scenes From the House Dream lies a dream about a house. Most of us have had a dream about a house at one time or another, even a recurring house dream, but here is the difference between a wizard illusionist like Hoffos and the rest of us. 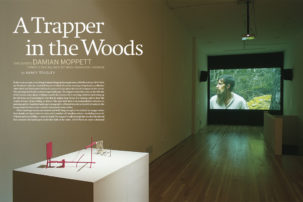 Damian Moppett: A Trapper in the Woods 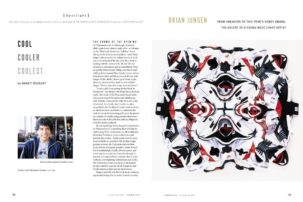 The crowd at the opening of “Hammertown” in Edinburgh, Scotland, didn’t quite know what to make of it—a Coleman cooler filled with Budweiser “tall boy” beers sitting on the floor in an art gallery—until Brian Jungen, whose work it is, walked over to it, took out a can and pulled the tab, a bit like a hostess leading with the correct fork. 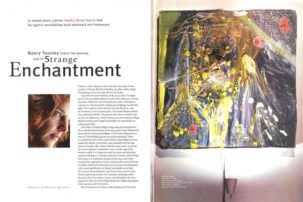 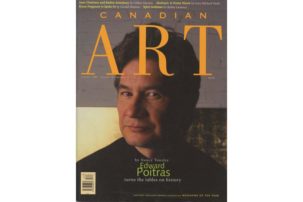