There Are More Artists than Auto Workers in Canada [Updated]

There are 158,100 artists in Canada, which means artists represent almost one per cent of the overall Canadian labour force, says study 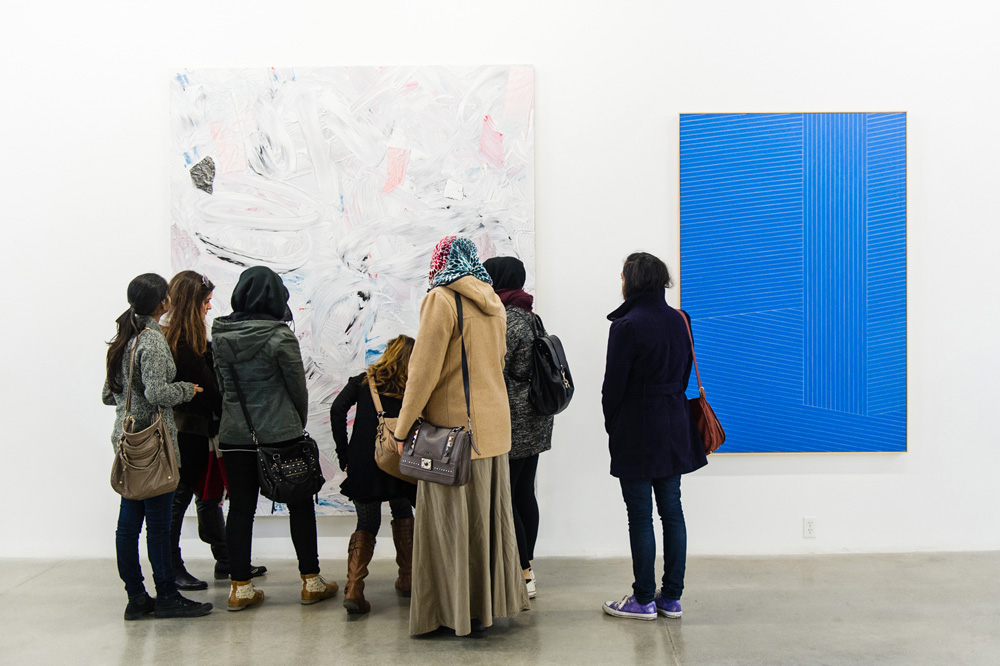 Students at the Canadian Art School Hop visit a Toronto art gallery. More and more Canadians are working in arts and culture.

Students at the Canadian Art School Hop visit a Toronto art gallery. More and more Canadians are working in arts and culture.

A new study of the most recent census data indicates that there are more artists than auto workers in Canada—but that artists remain at much lower incomes than the average Canadian worker.

That means artists represent almost one per cent of the overall Canadian labour force.

In the new study, produced by Hill Strategies of Hamilton, the term “artist” includes various creative forms: musicians and singers; authors and writers; producers, directors and choreographers; visual artists; artisans and craftspeople; actors and comedians; dancers and other performers; and conductors, composers and arrangers.

While artists in Canada are numerous, though, the study also found that their income is scarce.

Cultural workers—such as librarians, museum workers, archivists, designers and architects—are slightly better off in terms of workforce and income.

There are roughly 726,600 cultural workers in the experienced labour force in Canada, the study indicates.

The study is based on data collected during the 2016 long-form census.

The study said readers should keep in mind that the 2016 census asked Canadians the occupation they worked the most hours in from May 1 to 7, 2016, specifically—and if they did not work that week, they were asked to name the field they had worked in most in January 1, 2015. The study also requested users list income for the 2015 calendar year.

A note to readers: On September 16, 2019, study author Hill Strategies emailed a release indicating that their initial study findings issued in March 27, 2019, were incorrect due to “issues with the 2016 census dataset that Statistics Canada provided which formed the basis of this report.” On September 25, 2019, Canadian Art staff updated the numbers accordingly in this article post—such as correcting the number of artists in Canada from 183,200 to 158,100—and also deleted information that awaits updating from Hill Strategies. The information deleted included comparisons of how the median income of artists compares to other sectors, and also a median income breakdown across different arts genres. Hill Strategies indicated “a revised version of the full report” will become available “in coming weeks.”