Wage increases below the rate of inflation are a concern for workers, as is two-tier hiring 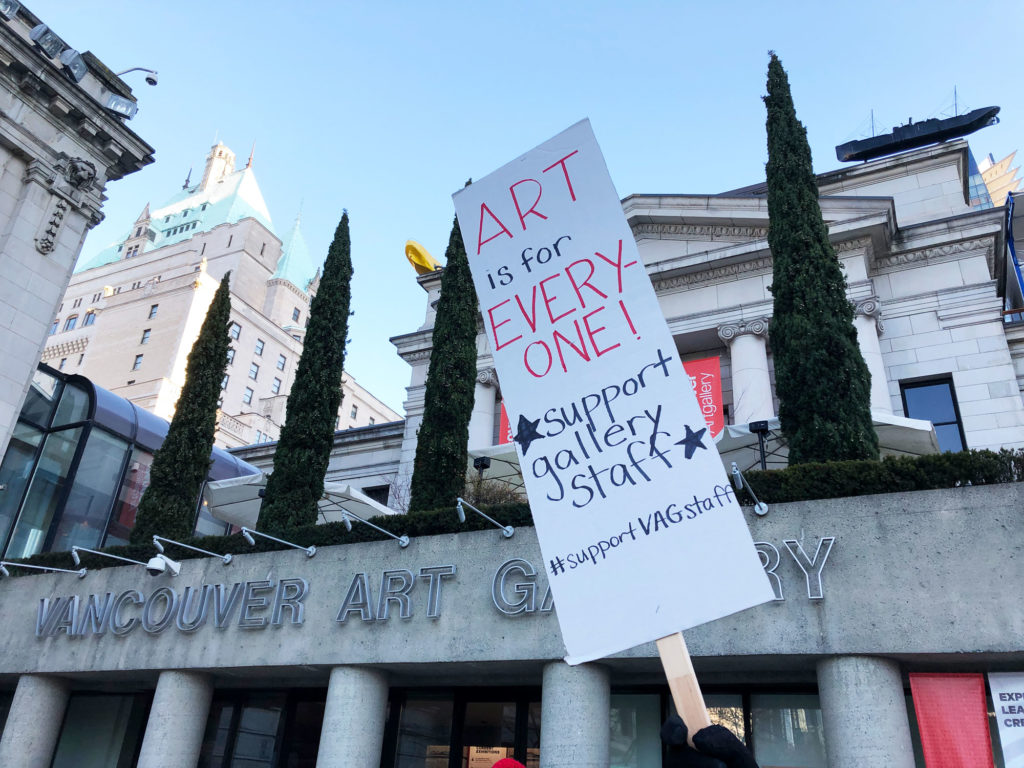 Photo from the picket line at the Vancouver Art Gallery on February 5, 2019.

The Vancouver Art Gallery’s unionized workers went on strike this morning at 8 a.m. local time. Pickets began at 9 a.m. The gallery is due to open at 10 a.m.

This strike action reportedly follows the workers’ rejection of a final offer on Friday by the Vancouver Art Gallery administration. The workers, members of CUPE 15, have been without a contract since 2017.

The Vancouver Art Gallery, for its part, says the gallery will open as scheduled today. “The gallery has been engaged in a collaborative and respectful bargaining process with CUPE 15 as both sides work towards a new collective agreement,” contends Johanie Marcoux, director of marketing, communications and public affairs at the Vancouver Art Gallery. “That process as prescribed is fair and reasonable for both its employees and the organization as a whole moving forward. The gallery very much values its employees and appreciates all their contributions.” Marcoux says more management statements are forthcoming later today.

One of the outstanding issues for Vancouver Art Gallery workers is wages, which the union says fall behind those of other similar galleries in Canada.

“The gallery is asking that we accept wage increases that are below inflation, which puts us further behind,” said a union’s bargaining committee said in statement yesterday. “We all work hard to make the Gallery the best it can be, but we simply cannot afford to subsidize the Gallery with our labour and the current wage proposals ask us to do just that.”

The union also contends Vancouver Art Gallery’s wages are lower than those at other comparable Canadian galleries and museums. These wage issues are heightened by the ongoing Vancouver-area real-estate situation. According to a recent survey, Vancouver is the second-least-affordable city in the entire world for housing.

Another issue for workers is what the union calls a “two-tier” hiring model. Workers at the gallery currently work a nine-day fortnight—in other words, a system where workers complete two weeks of contracted hours over the course of nine days rather than ten days.

In its negotiations, the gallery put forward a proposal to eliminate the nine-day fortnight for new workers, but retain it for existing workers. In the union’s opinion, “This proposal erodes our working conditions, undermines future generations of Gallery workers, and sets a dangerous precedent for future attempts to undermine our rights.”

The union recently gained the support of several leading artist-run organizations in the city and beyond.

The Pacific Association of Artist Run Centres (PAARC), a non-profit association of 21 art organizations in BC, issued a statement late yesterday saying it “stands in solidarity with workers at the Vancouver Art Gallery.”

The artist-run centres take the position that while the Vancouver Art Gallery is an important cultural institution, it also has to consider fair treatment of workers.

“How can the public trust the Vancouver Art Gallery, especially as it embarks on the creation of a new building, if its leadership is out of touch with appropriate compensation for its workers?” says the PAARC statement.

The artist-run centres’ letter of support also suggests that at least some executive salaries at the gallery have made above-inflation gains in recent years—and implies that regular workers’ salaries need to be dealt with accordingly and congruently given this management compensation trend.

“Based on a 2017 Charitable Information Return on the Canada Revenue Agency’s registry, the gallery director received annual compensation of more than $350,000, while 202 of 212 staff receive compensation below $80,000 and are being offered insufficient wage increases,” says the PAARC statement of solidarity.

In January 2019, the Vancouver Art Gallery announced a $40 million donation from the Chan family—the largest ever private donation to an arts and culture organization in BC. The money is to go towards a new, larger Herzog and De Meuron–designed gallery facility that is due to open in 2023. The gallery has said more private-donation announcements for this project are projected in the coming months, with a totally of $100 million in new public support from the provincial and federal governments hoped for as well.

But some community members say a new gallery building will mean little if it doesn’t lead to gains for workers and the public.

“I think it’s just recognizing that the expansiveness of a new building project should also be passed on to the lives of its workers,” says McBay. “We shouldn’t be mortgaging our future.”

Gallery workers have been without a contract since 2017. The earliest staff could strike would likely be during the week of February 4 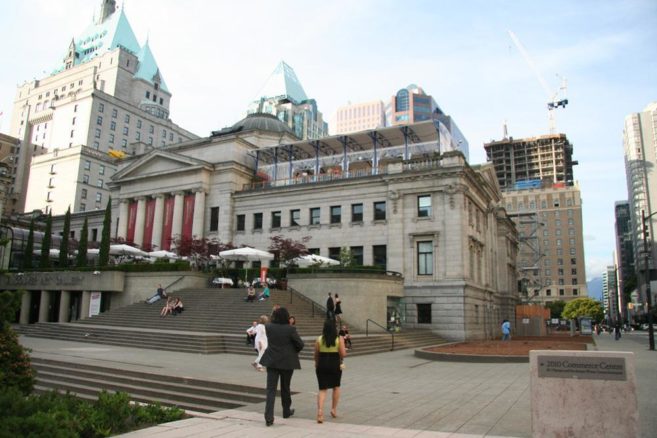 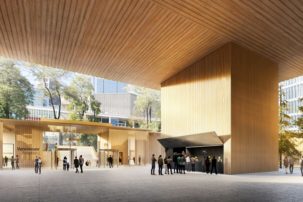 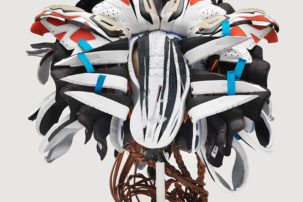 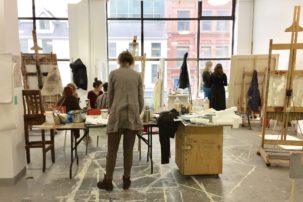