In 1970s Vancouver, Kate Craig imagined writing an avant-garde sex scene for a video that would never come to be 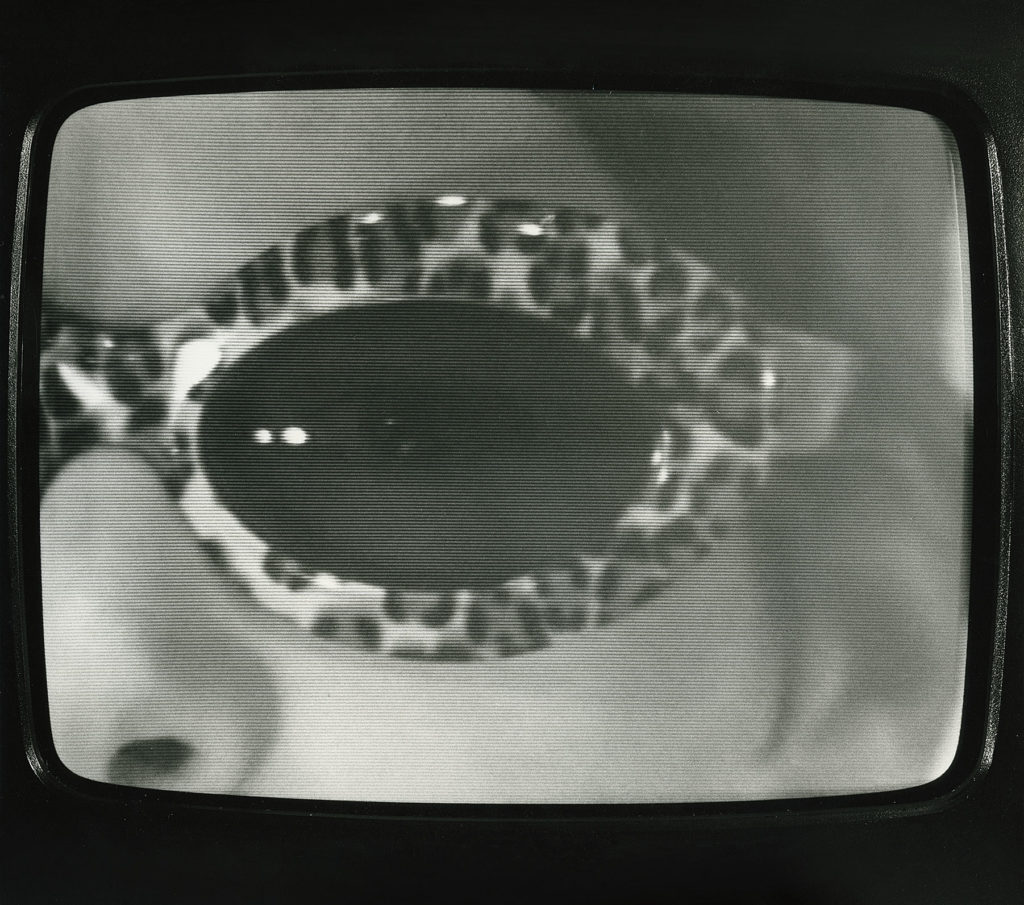 What is unrealized work? Do orgasms count?

The notebooks of Kate Craig came out of an archive of her work found in the basement of Vancouver’s Western Front in 2012, a decade after her death. Craig was a media artist, archivist, curator, video-maker, puppeteer, art punk and the sole female founding member of the artist-run centre in 1973. Her archive, which was subsequently accessioned and assimilated into the Morris and Helen Belkin Art Gallery’s holdings, contains the usual analog stuff: correspondence, programs, catalogue entries, typewritten CVs. But there are also hints of the daily rituals and ongoing performances of a playful and at times riotous avant-garde philosophy, which dominated Western Front during Craig’s resident reign.

She was also known as Lady Brute.

In a little black journal marked “1973,” Craig outlined plans for a future video project: a montage of scenes depicting “a day in the life” of Lady Brute, the glamourpuss, paparazzi-loving attaché of Dr. Brute, a salivating villain with a penchant for sexual violence and the sleek chrome of a revolver, a character developed and executed perfectly by Western Front co-founder Eric Metcalfe. After their marriage in 1969, Craig and Metcalfe embodied these roles in a porous, inflammatory combination of play, art and life, on the fringe of straight society in Vancouver. Their characters were based on contemporary theatrical performance methods, informed by Fluxus, and on Metcalfe’s fascination with pulp fiction that began in adolescence and was tinged with the darkness of boyhood and the normalized misogyny of midcentury mainstream culture. 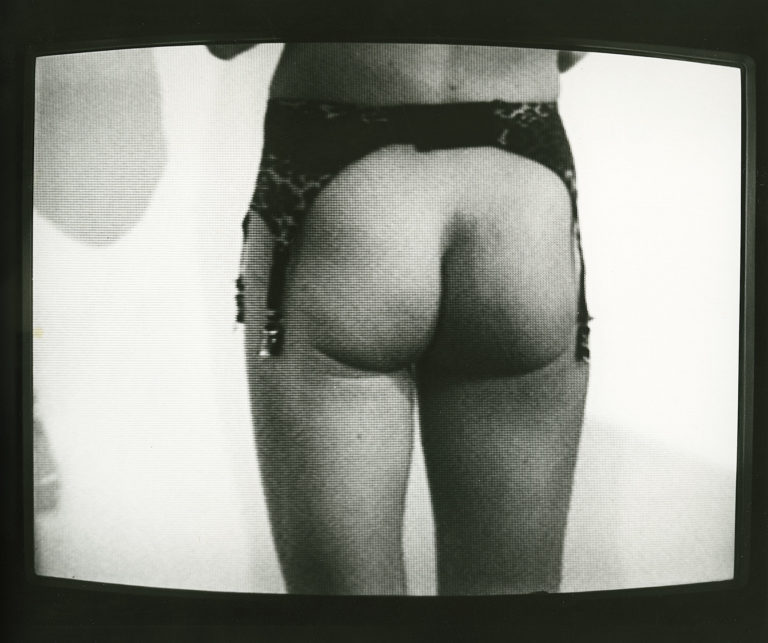 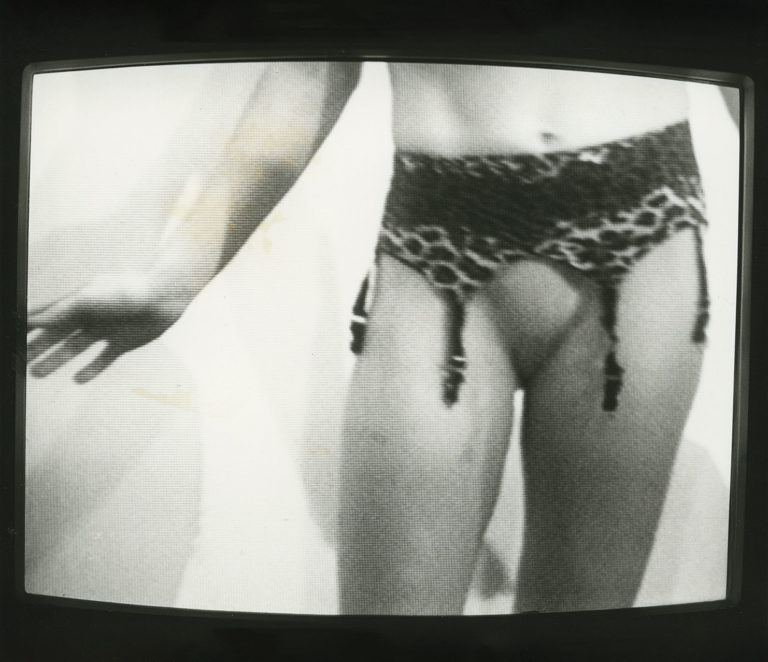 Craig’s plan for the video included vignettes that ranged from the banal to the decadent—a scene at the post office, which would end in chaos (an early version of “going postal”?) and a street scene in which the Lady’s adoring acolytes would be seen with her, dressed in their leopard-print finery. For the video’s central action, Craig had one ultimate pleasure in mind: a fetish sex scene.

The year before this journal entry and its planned video, a landmark work arrived in mainstream culture: Alex Comfort’s best-selling The Joy of Sex, with its bold, illustrated dramatizations of sex and its attached taboos and fetishes. The normalization of sex that came through Comfort’s popularity was, however, not the same as the fleshy and unrestrained depictions seen in multimedia work at the time, particularly by American feminist artists like Carolee Schneemann, who would have been on Craig’s radar. Indeed, Schneemann later visited Western Front, and is rumoured to have eaten lobster and drunk champagne in residence, living up to the hedonism of her own work and that of her counterparts at the centre.

Schneemann’s autobiographical trilogy of films, which she made between 1964 and 1976 with co-stars James Tenney and her cat Kitch, come to mind. Schneemann’s work from the 1960s is about taking pleasure in the human form; a sensuous and animal touch runs through her works. In Schneemann’s first film in the series, Fuses (1964–67), a voyeuristic Kitch watches Schneemann and Tenney have sex; like Craig’s oeuvre, the inclusion of a non-human counterpart further distances hetero-humannormative play from an expansive and subversive arena in which feminists could operate in the vanguard of film, video and performance.

Craig’s notebook plans can be read as an act of progressive detachment from the sexual status quo of Vancouver society at the time, and a statement toward the power and social change implied by the sexual freedoms that video, as a medium, offered.

Dorian J. Fraser is an art historian and writer based in Tiohtià:ke/Montreal on unceded land, and their work is focused on queer cultural production across borders, media and archival interventions. 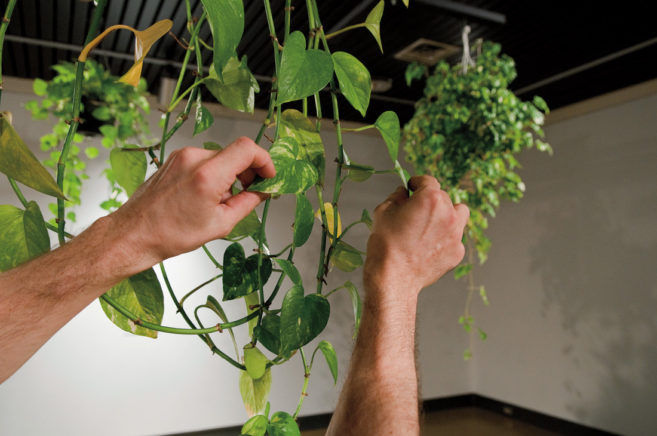