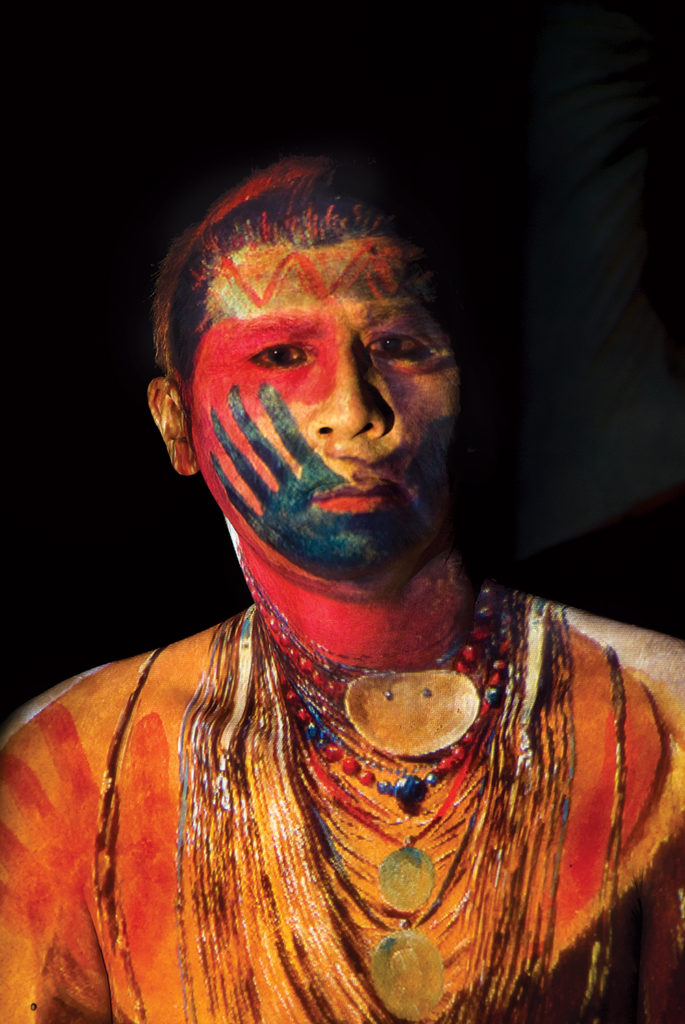 There’s a temptation to perceive the loss of a loved one as an event that results in one of two distinct outcomes: total emotional annihilation, or not. Axl Rose knew as well as anyone that nothing lasts forever, but the words still feel deeply meaningful when sung in a karaoke bar at 3 a.m. Grief is endemic to living. Human beings bond deeply anyway, a biological consequence of our inability to run too fast or kill with our teeth. Life is hard, but less hard when there are other humans in our midst that help unruffle our feathers and bear, in tandem, the heavy undertaking of survival.

In her 2017 book The Last Word, author Julia Cooper examines the art of the eulogy as both a performance of, and narrative framework to support, the delicate work of grieving—the funerary vignette that a mourner delivers as an attempt to fix the departed’s life story in relation to their own. Meanwhile, more public meditations on the experience of loss, such as in art, signal our efforts to braid together the narrative strands of collective memory into kinship. The memorial is a curative that writes into legacy the salve for raw bereavement. It’s also, and arguably more importantly, an assertion of subjectivity in the face of annihilation. The memorial says: “I remember.” In the same breath, and a little louder, it says: “I’m still here to tell the story.”

It can apply to the end of a life, or the end of a love. The Museum of Broken Relationships is of the latter sort: a crowdsourced compendium of artifacts from relationships past. Whether a stiletto shoe from Amsterdam, a post card from Armenia, or a gingerbread cookie from Chicago, the museum (which has physical locations in both Los Angeles and Zagreb, as well as a web-based collection) invites the lovelorn to proffer the cast-offs of doomed entanglements, and process in public the meanings of the unions we once belonged to.

The project harkens to a cultural fixation from the early aughts, in which projects like Found Magazine and PostSecret celebrated the storytelling power of accumulated ephemera—resolutely analog efforts to chip away at some universal experience in the absence of identifying context. But the museum differs in that the objects on view are less immediately engaging than the eagerness with which hundreds of participants of all ages, spanning the whole of the earth, agree to take part. The Museum of Broken Relationships isn’t a marvel of curatorial prowess, but a powerful mass performance of moving on.

In other instances, moving forward calls for actual movement—a physical manifestation of what we vaguely call “processing.” On its surface, Grief Work (Ask Your Body) (2016) by Toronto photographer and video artist Maryanne Casasanta presents as a performance of bodily regression. Barefoot and tanned, the artist-as-subject bounces and twirls in slow motion the way a child might on the first warm day of spring. She whirls a half-turn in one direction, then again in reverse. Her hair swings freely around her as if in a playground scene, a kinetic claim of space.

Shot spontaneously only three weeks after her father’s unexpected death, the performance, Casasanta says, is trying to move grief through her body. “I was overwhelmed, exhausted and attempting to manage the barrage of condolence messages from friends and family,” she says. “Dancing was the only thing I could think to do with myself for myself.” Life, the work implies, moves through loss; movement sanctifies absence.

But that life is up to the living. When a person we love leaves our midst, all we are left with are their remnants, either object or immaterial. It is up to the eulogist-artist to take these fragmented bits of highly subjective meaning and reposition them for a broader public. By this process, the narrator is nudged into the position of defining who they themselves are, as survivors and memory-keepers.

Memory-keeping is at the heart of Meryl McMaster’s practice. In a series called Ancestral, the Ottawa artist repurposes a collection of nineteenth-century portraits by American photographers Edward S. Curtis and William S. Soule, and painter George Catlin; images that, as McMaster describes it, positioned Indigenous peoples as comprising “a lifestyle and culture of the past,” near-artifacts of a history presumed to be nearly dead.

Enlisting her father, the artist and curator Gerald McMaster, McMasters one and two shellacked their faces in white, and projected onto these improvised canvases the images produced by Curtis, Soule and Catlin, materially fusing a prediction of extinction with the transcendence of having survived.

But the series penetrates beyond romanticized narratives of survival to underline how photography has historically been used, in McMaster’s words, to “freeze culture and people only to be gazed at.” In her artist statement, McMaster adds, “I also feel that by extracting my ancestors from the historical images, time collapses and they step through me into the present.”

Whether our beloveds depart the universe of our beds or the mortal plane altogether, by reconfiguring the stories we tell about ourselves to reflect their absence, we engage in a form of forced rebirth. Leaving space for their memory, we reassemble the parts of ourselves still within grasp and supplant the spaces with new, raw material of our own making. We pay respects. We run the estimates on how next to survive.

Kelli Korducki is a writer and editor whose debut nonfiction book, Hard to Do: The Surprising, Feminist History of Breaking Up, is forthcoming in May 2018.

As Immense as the Sky

Meryl McMaster’s latest works—a series of not-quite-self portraits that broaden understandings of land histories and what it means to be in a body—will feature next week in a solo show in Montreal. Here, Gabrielle Moser pulls the camera back on her work to date 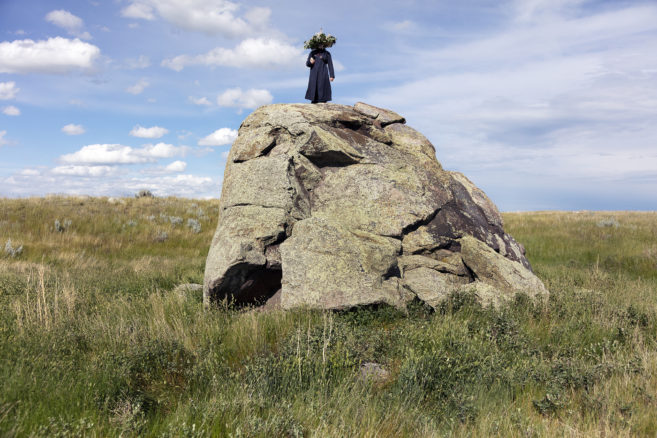