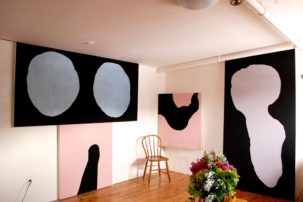 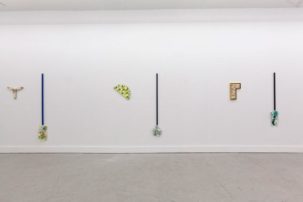 Can one make public art these days that actually refuses to be site-specific? Critic Robert Linsley admires Josh Thorpe’s attempt in his current show at Campbell House, one of Toronto’s oldest buildings.

Might Kitchener-Waterloo be a centre for experimental abstraction? Robert Linsley ponders the odds as he surveys a recent show of work by three emerging artists in the area—Barb Hobot, Lauren Hall and Patrick Cull. 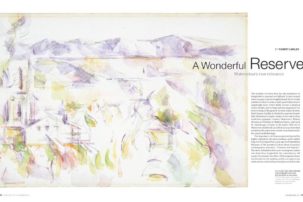 In this article from the summer 2010 edition of Canadian Art magazine, Kitchener artist Robert Linsley—who has shown in Berlin, Barcelona and Düsseldorf, with a KWAG survey coming in 2011—looks at the often-overlooked medium of watercolour using the expert work of Paul Cézanne and David Milne as reference points. 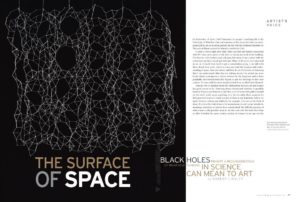 The Surface of Space

In September of 2001, I left Vancouver to accept a teaching job at the University of Waterloo. One circumstance of the move has been an unexpected gift to me as an artist, namely the fact that the Perimeter Institute for Theoretical Physics arrived in Waterloo just before I did. 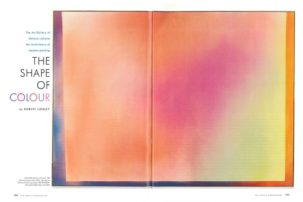 The Shape of Colour

With "The Shape of Colour: Excursions in Colour Field Art, 1950-2005," his first major exhibition as curator of contemporary art at the Art Gallery of Ontario, David Moos has made a strong statement and done the Toronto art scene a great service. 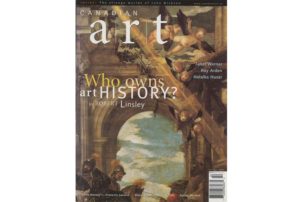