Tucked behind the bustle of Montreal’s rue Notre-Dame, a century-old shipyard has been transformed into a stunning complex dedicated to contemporary art. In this article from our Winter 2012 issue, Christina Bagatavicius reports on L'Arsenal, an ideal location for a newly thriving cultural milieu. 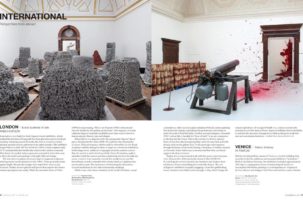 Expectations were high for Anish Kapoor’s latest exhibition, which marked the first time a living artist has been given free rein in the Royal Academy.

It Happened in your Neighbourhood

A playful Daniel Buren installation that riffed on the building’s exterior by overlaying colourful geometric patterns onto an attention-grabbing skylight was an indication of the contemporary spirit that swept over the Musée national des beaux-arts du Québec with “It Happened in your Neighbourhood: Contemporary Art in Quebec City,” a major exhibition that brought together nearly 50 artists who have connections with the city.

Ingres and the Moderns: Harems, Hijacked

Cindy Sherman, Francis Bacon and Robert Mapplethorpe. “Ingres and the Moderns” in Quebec City sets out to celebrate the Turkish Bath master while tracing his influence across contemporary art. 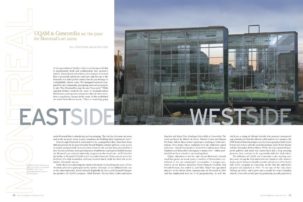 Re-Enactments: Rediscovering the Collective Past

The DHC/Art Foundation’s latest exhibition Re-Enactments boldly suggests that we have reached an era where new ideas can only arise through a rediscovery of the past. 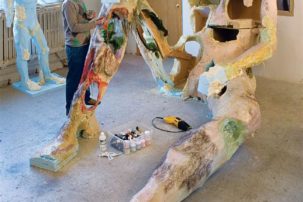 From the Archives: David Altmejd and the 2007 Venice Biennale

Those who have visited the Venice Biennale might recall the unusual character of the Canadian Pavilion. Built by Italian architects in 1958, the wood, steel and glass building is surrounded by lush greenery and discreetly nestled between the pavilions of Germany and Great Britain.