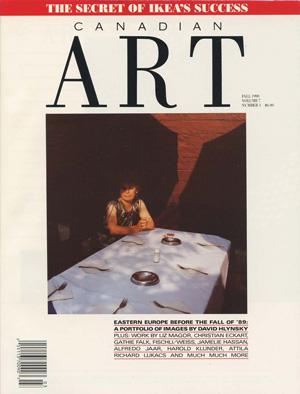 A voice of her own: Doris McCarthy writes as energetically as she paints By Susan Crean

Baby, it's for you: the solipsistic nature of the generalized baby toy By Gary Michael Dault

A cross-Canada checkup of people and events in the arts