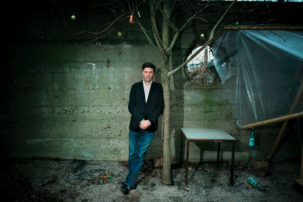 A Biennial Is Not a Festival

"I don't see art as benefitting from festivals," says new Biennale de Montréal curator Philippe Pirotte. The results, he says, can be "preposterous." 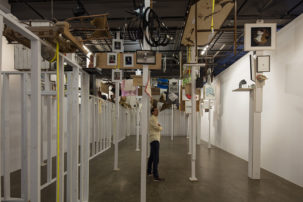 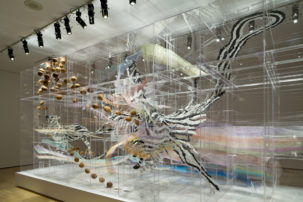 David Altmejd discusses the inspiration behind "Flux," his upcoming solo show at the Musée d’art contemporain de Montréal, and his plans for the future. 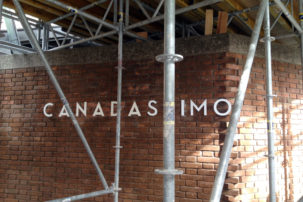 Venice Biennale 2015: Like Flies to Honey, BGL’s Big Gamble at the Canada Pavilion

Isa Tousignant reports from the opening of BGL's installation at the Canada Pavilion, where the collective's project has been gathering crowds all day. 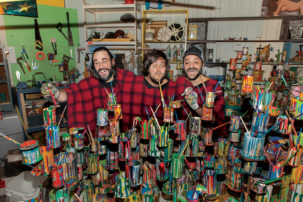 BGL at the Venice Biennale: Depanneurs and Gondolas

Ahead of their debut at the Venice Biennale, Quebec City art pranksters BGL lead Isa Tousignant on a tour through their kitsch-fuelled practice. 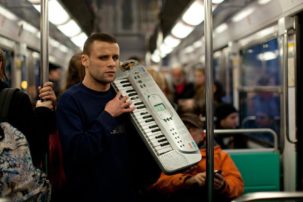 Music as Celebration, and Resistance, in Montreal 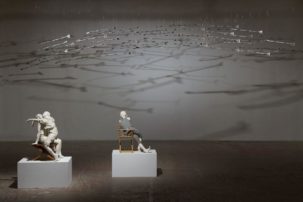 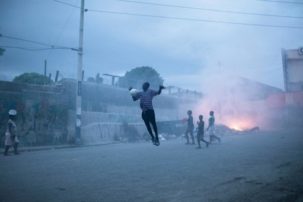 Benoit Aquin’s Haiti: A People and a Place 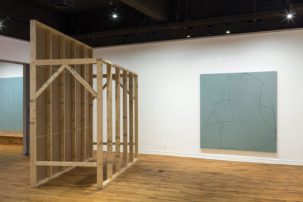 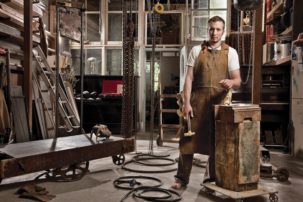 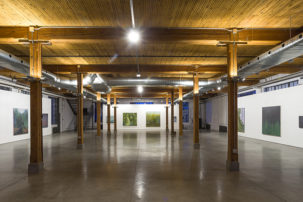 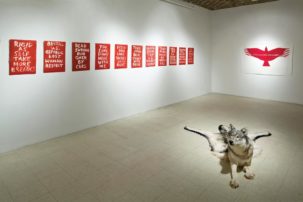 “A Stake in the Ground”

Montreal, Art Mûr
An article from the Summer 2012 issue of Canadian Art 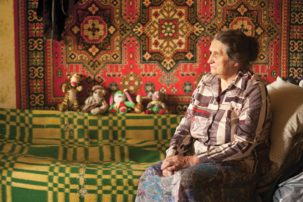 Isa Tousignant’s Top 3: Into the Deeps

Montreal critic and Canadian Art contributing editor Isa Tousignant saw many shows this year, but the ones that rose to the surface were also the ones that pulled her down to the depths—be they suburban basements, contested histories or poetic darknesses. 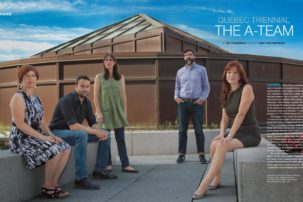 The Biennale de Montréal kicks off this week with a big international exhibition on the theme of chance. In this article from our spring issue, Isa Tousignant talks with biennale curators Claude Gosselin and David Liss about their curatorial gamble. 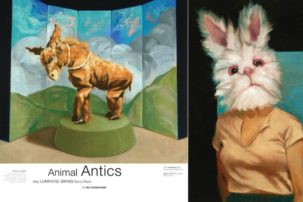 The French-Moroccan Montrealer 2Fik is a gender-bending activist and self-taught photographer who considers his debut exhibition, held at Galerie [sas], to be his coming-out as a visual artist. 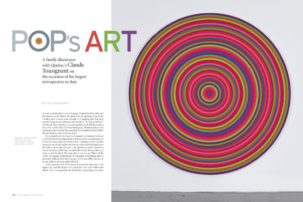 On one occasion when I was a teenager, I found myself at what was then known as the Musée du Québec for an opening of my dad’s. I walked into a room, went straight to a painting that had until recently hung in my bedroom and stroked it.

Montrealer Jean-Paul Jérôme was a reclusive, solitary artist, often overshadowed on the scene by his brasher, younger counterparts. But as a recent exhibition showed, his mastery of shape and colour deserves renewed recognition.

According to Montreal writer Isa Tousignant, the Quebec Triennial serves up a delicious, well-arranged show of world-class art pieces—all from La Belle Province. Don’t believe her? She’s already been five times, and can’t wait for the sixth.

The Winnipeg-born Montreal artist Dil Hildebrand is already big for his britches.

The art of Neo Rauch makes you feel at one with your inner spaniel. It makes you tilt your head, cock your ear and think, “I hear what you’re saying, but I am at once dumbfounded and elated by the incomprehensibility of your words.”